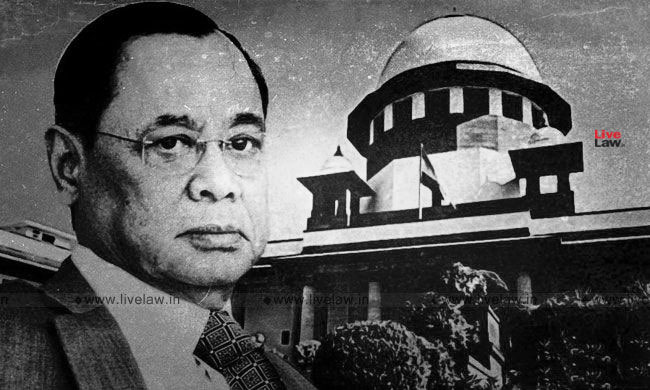 Panel for enquiry submitted its report to the CJI and says report will not be made public and copy will not be given to the erstwhile lady employee. Report was given soon after Justice DY Chandrachud 's letter to the panel saying do not proceed ex parte. Whether Full Court would get to see the report , we have to wait and see. So the CJI, the person complained against, would get to see...

Panel for enquiry submitted its report to the CJI and says report will not be made public and copy will not be given to the erstwhile lady employee. Report was given soon after Justice DY Chandrachud 's letter to the panel saying do not proceed ex parte. Whether Full Court would get to see the report , we have to wait and see. So the CJI, the person complained against, would get to see the report but not the complainant, not the nation ( maybe not the full court ) but only the CJI or a few more. We are told that the enquiry is informal and in house so public is persona non grata.

Though " We The People " gave the Constitution to ourselves for Justice , Liberty , and Fraternity with Dignity how can we people muster courage and demand as of right the entitlement to see the report and be satisfied that Justice has not been the casuality and reasons are impeccable or whether the reasons are at all given. It has been the trait of Monarchy, Imperialism, Dictatorships and Authoritarian Empires to shut out information and knowledge about what may supposedly impact them adversely so as to avoid scrutiny . Why has our Highest Judiciary relapsed into this Monarchical and Dictatorial Scheme of dispensing justice by seeking refuge behind the smokescreen of informal in house enquiry at a time when the credibility of the Institution is at stake ?

From beginning the attempt has been to shut out enquiry. Lets recall the Saturday emergent sitting of three judges with CJI presiding to clear himself. Protests led to a panel of enquiry ratified by full court ( so the press says ). The lady was denied lawyers assistance despite heavy atmosphere of deposing before three judges against their own senior most. This was difficult to understand. Even the sane voice of Chandrachud J , presumably enjoying the support of some other judges ( again Times of India says Most Judges supported CJI ), was brushed aside. Compare this with the open enquiry against Judge Kavanaugh before Senate in USA. Scrutiny by people is the hall mark of Justice. True Judge Kavanaugh was examined in the process of appointment. He was cleared too. But the process instilled confidence in the Judicial System. Institutional Integrity and credibility was preserved. Contrarily, panel enquiry and suppression of report from US THE PEOPLE has dented the prestige , credibility and integrity of the Judicial system. Justice has become cloistered and we have been blindfolded. Monarchical Justice this is.

Independence of Judiciary does not justify cloistering it and blindfolding people by an Emergency like fiat. True this is a Basic feature and important to preserve Rule of Law and protect Fundamental Rights , the other basic features. But it can be referred on ly to protect and preserve the other basic features and not to destroy the other fundamental features. There would be , and here it was, occasions when these Gods in the pantheon of Basic Structure would stand in war with each other. It is their harmony which matters. Every time there is a seeming conflict between the basic features the true balance is to be found. Independence of Judiciary cannot be allowed to trump or trample or abrogate the Rule of law, the Preamble and Article 14 which require fairness, reasonableness, justice to be done and to appear to be done, effective participation with dignity, even handed justice and scrutiny of reasons . Supreme Court should not sulk or withdraw into its cocoon or hide behind the fig leaf of " informal and in house ". Don't carve out norms and procedures which stultify the course of justice and scrutiny. Scrutiny is intrinsic to Democracy. By shutting out fair participatory enquiry you are pushing people who yet not believe the charge against the CJI to entertain a doubt if their disbelief was incorrect.

If the full court ratified the panel of enquiry, the report too must go to the full court. The full court must give it a close look , in the absence of the CJI. If this too is avoided it would be a mockery of justice . There cannot be Independence from the full court. Full Court is higher than all individual judges. Please do not shirk collective responsibility. Judicial power vests there. We look up for a responsible and democratic Judiciary. Please for God sake remove the blindfold from our eyes . Trust the people. People need Judiciary. They want its independence. They trust their judges. Do not betray their trust. You stand at the brink. Don't run away from the Agni Pariksha. Disclose the report to the people. 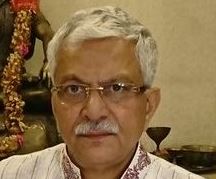 Author is a Senior Advocate of Supreme Court of India