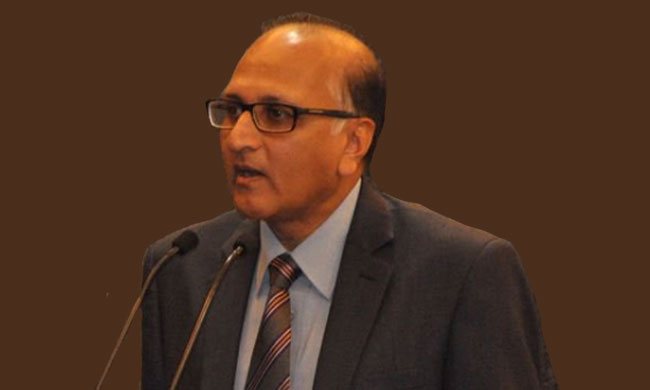 Last Friday marked the final day of Justice Ravindra Bhat at the Delhi High Court before he takes over as the Chief Justice of the Rajasthan High Court. Over the last 15 years, Justice Bhat has penned landmark judgments in several different areas of law ranging from constitutional law to right to information to administrative law to intellectual property rights. While most of...

Last Friday marked the final day of Justice Ravindra Bhat at the Delhi High Court before he takes over as the Chief Justice of the Rajasthan High Court. Over the last 15 years, Justice Bhat has penned landmark judgments in several different areas of law ranging from constitutional law to right to information to administrative law to intellectual property rights. While most of his judgments are intellectually rigorous and lucid, I would like to write a few words about his outstanding contribution to balancing the extraordinarily lopsided IP jurisprudence of the Delhi High Court.

For most part IP litigation before the Delhi High Court has been a battle of un-equals. This was due to two reasons. The first being the oppressive jurisdictional clauses in the Copyright Act and the Trade Mark Act that gave Plaintiffs the right to sue at the place of their business rather than the conventional rule of the jurisdiction in the Code of Civil Procedure that required the defendant to be sued at the place of his business. This basically increased the cost of litigation for several small and medium defendants as a result of which several defendants were no-shows in court, allowing the IP owners to frame the narrative of IP protection. The second reason being that most Plaintiffs were massive multinationals who could afford the best lawyers while the defendants were usually small to medium companies. The cumulative effect was a skewed IP jurisprudence that disproportionately favored IP owners.

Once the trend of a "IP friendly" High Court has been set it is very difficult for judges to upset the bar or their colleagues on the bench by rendering judgments that may be perceived as giving the High Court an image of being hostile to IP or foreign investment.

In this backdrop, I would like to outline 3 judgments rendered by Justice Bhat that restored some balance to the Delhi High Court's IP jurisprudence. This is a small but accurate representation of his contribution to IP.

(i) Roche v. Cipla (2008): This was the very first pharmaceutical patent infringement case that had been filed in India post the reinstatement of pharmaceutical patents in 2005. At the time, the Delhi High Court would mechanically hand out interim injunction at the ex-parte stage on the very first day of hearing in copyright and trademark cases. It was relatively rare to see any kind of nuanced and cogent discussion on the principles for granting injunctions in IP cases. Historically, injunctions evolved as an equitable remedy and like all equitable remedies was meant to be a more flexible remedy than damages. Justice Bhat's judgment in this case was the first nuanced discussion on the jurisprudence of interim injunctions in patent cases and it also represented the first serious attempt to explore the public interest element to be evaluated by the courts in cases impacting public health. While the judgment does have its critics, I think all of them agree that this judgment was a remarkably sophisticated take on a very important issue.

(ii) Bayer Corporation v. Union of India (2009): This case was a rather unique attempt by Bayer to link the patent system to the drug regulatory system. Bayer made out a rather convincing argument that generic formulations of patented drugs could not be approved by the drug regulatory authority because they would be enabling a violation of the law. A similar argument had succeeded in a case before the Allahabad High Court in a different context. At the time the writ petition was filed before Justice Bhat, the American government and the pharmaceutical industry was lobbying heavily for the Indian government to link up drug regulatory approvals to the patent status of the drug. For patentees, the advantage of linking both systems was that the government would automatically block any attempt to introduce generics into the market while a patent was pending. If this system was implemented it would have significantly impacted the evolving pattern of at risk launches where Indian companies were launching patent infringing generics in the market with the aim of getting sued and subsequently challenging the validity of the patent enforced before judicial bodies. While this was not the most challenging case from a jurisprudential viewpoint, there was a fair deal of political pressure and rhetoric in the newspapers on the importance of patents. Very often this advocacy pressure can spill into the courtroom. Once again Justice Bhat delivered a cogent, nuanced judgment dismissing Bayer's petition. The judgment was upheld by the Division Bench and the Supreme Court.

(iii) Hindustan Unilever v. Reckitt Benckiser (2014): This was a judgment where Justice Ravindra Bhat, as the senior judge of a Division Bench, overruled Times Incorporated v. Lokesh Srivastava (2005) which was a popular precedent in the Delhi High Court on the grant of punitive damages in cases of copyright or trademark infringement. Damages in India have traditionally been compensatory with the aim of restoring the plaintiff to its original position by compensating for losses. Punitive damages however are meant to punish and are extremely controversial even in the few jurisdictions where they are permitted. India never allowed for punitive damages until the Times Incorporated case. It soon became a popular judgment despite being horrendously reasoned. It was nine years later in 2014, before Justice Bhat over-ruled the judgment of the single judge in the Times Incorporated case. In a sign of just how lopsided the Delhi High Court can become in the IP context, the Times Incorporated judgment was cited as an authority 24 times after it had been over-ruled by Justice Bhat!

There is a lot more that can be written about Justice Bhat's contribution to IP jurisprudence, including cases where he has got the law wrong. That he managed to make such a deep contribution to IP despite never having tackled the subject prior to his appointment as a judge is proof enough that judges do not require specialist experience to deal with IP. As the Chief Judge on the original side of the Delhi High court and then as a senior appellate judge hearing appeals against the original side Justice Bhat has managed to substantially shape the future of IP law in India. In an ideal world he would have been appointed to the Supreme Court many years ago but regardless of whether that happens in the future I am certain he will remain an inspiring figure for not only youngsters at the bar but also those in academia.

The write is a Senior Resident Fellow at the Vidhi Centre for Legal Policy and co-author of Create, Copy, Disrupt: India's Intellectual Property Dilemmas (OUP: 2017)