Law In The Time Of 'Corona' 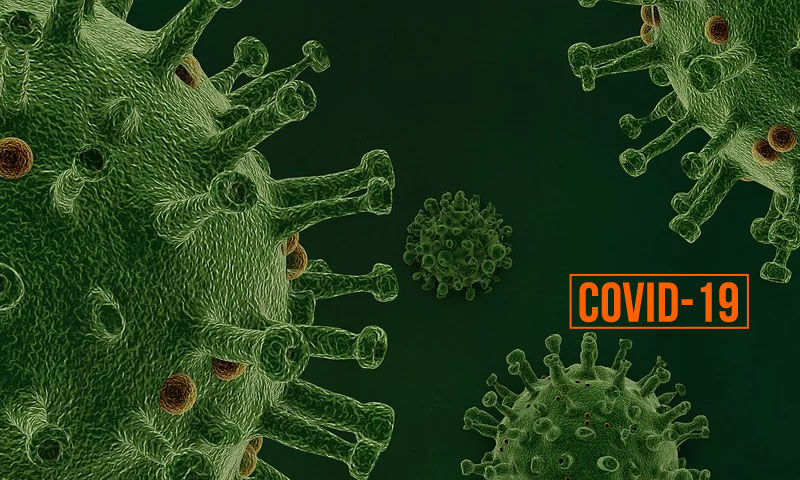 The year was 1896 when Bombay suffered through a terrible outbreak of plague resulting in thousands of deaths and a mass exodus from the city. The rampant unawareness among the common folk and an inability to clearly identify the source of the disease made the epidemic very difficult to control. The British officials were forced to enter people's homes to detect concealed cases of...

The year was 1896 when Bombay suffered through a terrible outbreak of plague resulting in thousands of deaths and a mass exodus from the city. The rampant unawareness among the common folk and an inability to clearly identify the source of the disease made the epidemic very difficult to control. The British officials were forced to enter people's homes to detect concealed cases of the disease and enforce disinfectant and other hygiene measures.[1] Such drastic circumstances demanded a law which would authorize immediate measures to meet the need of the hour. In this backdrop, the Epidemic Diseases Act, 1897 was enacted - a short legislation of merely 5 sections which gave the Governor General the power to enact temporary regulations to prevent the outbreak or spread of a dangerous epidemic disease. By an amendment in 1937, this power was transferred to the state government, whereas the central government was given very limited powers relating to inspection of vessels on ports. It is striking that this law is applicable even today and has been invoked in the wake of the recent pandemic of the novel covid-19, which raises important questions such as - whether the existing legal framework in India, which governs the measures being taken by the central and state governments for control of the spread of infectious diseases, is adequate? If not, what changes are required and whether the government is making sufficient efforts to bring about such changes?

Resultantly, to deal with the onset of the pandemic in India, the Ministry of Health and Family Welfare had to advise the states and Union Territories to invoke the 1897 Act for enforcing government advisories. Exercising powers under the Act of 1897, the Epidemic Diseases Covid-19 Regulations, 2020 were issued by the states of Karnataka[5], Haryana[6], Maharashtra[7], Delhi[8] and Madhya Pradesh[9], to name a few. These regulations put into place guidelines in relation to dissemination of false information, empowerment of officials, directions to hospitals and penalties for violation of orders. While these Regulations may assist the Executive machinery in dealing with the current crisis, they are not a sustainable solution to the broader issue of tackling epidemics. That is primarily because they are not comprehensive in prescribing actions to be taken by the Executive and, in any event, they are set to expire after a period of one year.

As far as the central government is concerned, despite the powers vested in it by the Constitution, no law specifically dealing with the outbreak of infectious diseases has been enacted. Resultantly, in the present crisis, the central government has had to invoke provisions of the Disaster Management Act, 2005 (DM Act) to issue advisories and directives, including the 21-day lockdown issued on 24th March, 2020. Under the DM Act, a "disaster" has been defined as a "catastrophe, mishap, calamity or grave occurrence". While the outbreak of epidemics and infectious diseases is not expressly included in the definition, the same is broadly worded. By invoking the DM Act, the central government has been able to use the disaster management funds set up under the DM Act, to fight the epidemic. The DM Act also grants the center and states wide powers to coordinate with different ministries to deal with the pre and post disaster situations.

In other central legislations, the Indian Penal Code, 1860 prescribes punishment for the violation of any executive orders under Section 188 and for acts likely to spread infection of dangerous diseases under Sections 269 and 270. Moreover, under the Patents Act, 1970, if required, the central government may subvert the rights of patent holders in cases of extreme urgency. For instance, if a vaccine or preventive medicine for covid-19 is discovered or developed by the private sector, the government may grant compulsory licenses for mass manufacture of the same without the consent of the patent holder. There are several other enactments, but they only tangentially deal with the issue of public health crisis.

So, the question remains, are these laws sufficient to mitigate the crisis and, eventually, control or eradicate the disease?

It is apparent that the prevailing legislations at the central as well as state levels lack uniformity, are not comprehensive in dealing with prevention and mitigation of epidemics, result in overlap of authorities, and establish no clear chain of command and coordination between the center and states in times of crisis. For instance, in case of a conflict between the directions given by the center under the DM Act and those given by the states under the 1897 Act, it is unclear which will prevail. Further, what the DM Act gains in terms of width of powers available to the center, it lacks in prescribing measures specific to the mitigation of epidemics. As a result, recently the government has had to rely largely on ad hoc executive orders. However, such an approach is unsustainable and shows lack of preparedness on part of the government.

Acknowledging these lacunae, a draft Public Health (Prevention, Control and Management of Epidemics, Bio-Terrorism and Disasters) Bill, 2017[10] was proposed by the central government which sought to repeal the Epidemic Diseases Act, 1897. It gave to the state and central government wide powers to deal with an outbreak and established a hierarchy of authority in cases of conflict. It also sought to impose penalties for negligent or intentional violation of orders, gave remedy of appeal, saved acts done in good faith and allowed compounding of offences. In other attempts, a National Health Bill, 2009[11] was also drafted to deal with a wider range of public health issues, including epidemics. While these proposed legislations were one step ahead of the 1897 law, they were criticized for being barebone and vague, and lacking a comprehensive set of protocols. With respect to the National Health Bill the center faced yet another hurdle as 'public health' is a state subject.

It is beyond any doubt that a comprehensive legislation on epidemics is the need of the hour. For that, the government may take a cue from the recommendatory National Disaster Management Guidelines (Management of Biological Disasters), 2008[12] issued under the DM Act. These guidelines aptly recognize the gaps in the existing legal, institutional and operational capacity and preparedness of the country in dealing with epidemics. These guidelines highlight the need to repeal the 1897 Act and bring a legislation which can apply to prevailing and foreseeable public health emergencies including bio-terrorism and cross-border spread of diseases. They also suggest giving sufficient powers to the central and state governments and local authorities 'to act with impunity, notify affected areas, restrict movement or quarantine the affected area, enter any premises to take samples of suspected materials and seal them'. These guidelines further suggest establishment of a public health institution in each state which would collect and share epidemiological intelligence for picking up early signs of an outbreak, provide for epidemic investigations and be capable of managing outbreaks. The guidelines also emphasize on the need for coordination between different public health authorities by drawing from India's experiences in the 2005 Mumbai floods, the 2006 Surat floods and the 1994 Surat plague outbreak. The Guidelines further suggest training of human resources and enhancing healthcare system to be prepared for mass casualties.

The government should also draw inspiration from World Health Organization's International Health Regulations, 2005, which India is anyway obligated to give effect to, and United Kingdom's Health and Social Care Act, 2008.

However, till such a comprehensive legislation on the issue is not enacted, as per the recommendation of a 2015 report of WHO titled 'International public health hazards: Indian legislative provisions', the government should formulate a series of standard operating procedures for every identifiable situation, so that "a pre-determined cue can trigger off the implementation of the SOP by all the concerned personnel at ground level, without awaiting directions from the top echelons of the concerned ministry".[13]

The Indian government's response to the current situation, both at the central and state levels, has been laudable. However, learning from these events, the future preparedness of the country must be prioritized by creating a sustainable and uniform framework of standard operating procedures throughout the country for early detection, avoidance and management of any public health crisis that comes our way.