Living Wills Have Been Recognized; But Are They Being Executed? 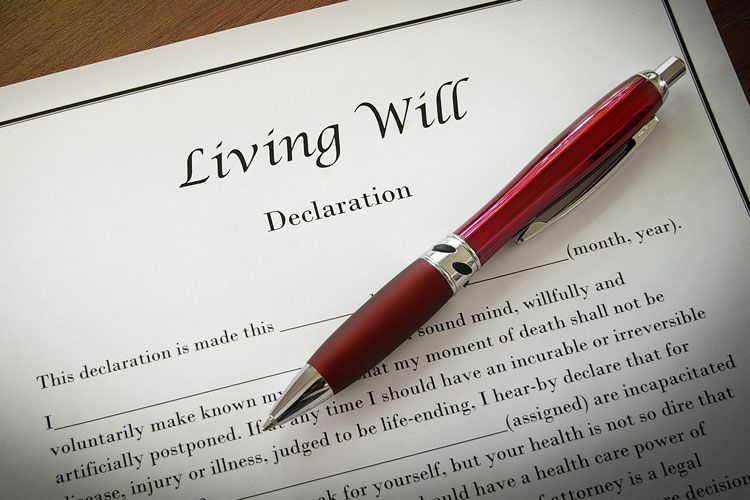 A Living Will is a written instrument executed during a person's lifetime under which instrument, the executor expresses his/her wishes in relation to the medical treatment he/she wishes to receive or not to receive in the event of a terminal illness or incapacitation. Say, a young adult otherwise healthy today can pen down his or her wishes to be or not to be on life sustaining machines such as ventilators in the event of a terminal illness. The Supreme Court recognized the importance of such declaration of personal autonomy and consequently; legalized the same. The constitutional victory was that of personal autonomy and the right to live and die with dignity.

The Supreme Court directed that Living Wills are necessarily to be honored by Hospitals, Doctors and even a terminally ill patient's family. The Supreme Court's decision came as a relief to various medical practitioners as also others who understood and propounded the requirement of legal recognition to personal autonomy and the right to die with dignity. Earlier, Doctors were attempting to strike a balance between their ethical obligations in fulfilling the wishes of a terminally ill patient and his/her family on the one hand and a potential legal action against Doctors on the other. This was despite the fact that these Doctors were acting in the best interest of a terminally ill patient.

However, whilst legalizing Living Wills, the Supreme Court went a step further and laid down certain 'Safeguards' to be followed whilst executing Living Wills so as to ensure they are not misused. Illustratively, the Supreme Court laid down that a Living Will should be signed by the executor in the presence of two attesting witnesses and countersigned by the jurisdictional Judicial Magistrate First Class. The witnesses and jurisdictional Judicial Magistrate First Class are to then record their satisfaction that the document has been executed voluntarily and without any coercion and/or inducement and/or compulsion and with full understanding of all the relevant information and consequences. The Judicial Magistrate First Class shall then cause to inform the immediate family members of the executor, if not present at the time of execution, and inform them about the execution of the Living Will. Whilst these safeguards are in my opinion wholly just and well thought trough, they appear not to have been communicated to the various Judicial Magistrate(s) First Class across the country.

Recently, a flock of eager executors of Living Wills approached their jurisdictional Judicial Magistrate First Class who when faced with a "Death Warrant" refused to validate a single Living Will.

Approximately a year and a half has passed since the Supreme Court's decision. However, not only are Indians unaware of their right to execute Living Wills (over 74%), the ones who intend to are unable to do so because the Judicial Magistrate First Class whom the Supreme Court has empowered to recognize and attest a Living Will feigns ignorance as to his or her empowerment.

In addition to the aforesaid, the Supreme Court further clarified that its directives and guidelines shall remain in force till such time that the Parliament brings a legislation to govern Living Wills. Unfortunately, there has been no progress on this end either.

It is therefore the need of the hour that a comprehensive legislative framework is brought into place expeditiously. Else, as can be seen from the current scenario, the Supreme Court's decision, albeit running into 538 pages, will be insufficient to execute a single Living Will in India.

(The author is a Mumbai-based lawyer. Views are personal)