Crimes Against Humanity : Need For A Legal Framework For Mass Crimes In India 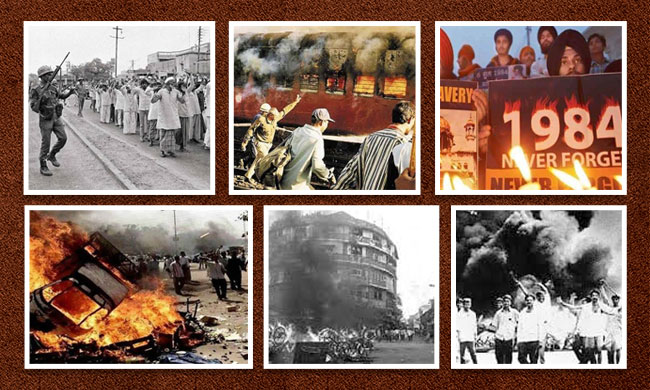 In 1941, Winston Churchill in an uncertain response to Nazi atrocities called them "crimes without a name". Almost two years later Polish scholar Raphael Lemkin termed it for the first time as Genocide. In December 2018, the Delhi High Court in State Through CBI v. Sajjan Kumar and Ors. had its Churchill moment when adjudicating upon political riots against Sikhs (1984). It observed that...

In 1941, Winston Churchill in an uncertain response to Nazi atrocities called them "crimes without a name". Almost two years later Polish scholar Raphael Lemkin termed it for the first time as Genocide. In December 2018, the Delhi High Court in State Through CBI v. Sajjan Kumar and Ors. had its Churchill moment when adjudicating upon political riots against Sikhs (1984). It observed that India has not yet recognized Genocide and Crimes against Humanity (Para 367 onwards):

"367.6 …..The criminals responsible for the mass crimes have enjoyed political patronage and managed to evade prosecution and punishment. Bringing such criminals to justice poses a serious challenge to our legal system. As these appeals themselves demonstrate, decades pass by before they can be made answerable. This calls for strengthening the legal system. Neither "crimes against humanity" nor "genocide" is part of our domestic law of crime. This loophole needs to be addressed urgently."

Though it held the accused(s) guilty for crimes under present Indian penal law, it felt incapacitated remedially and paralyzed procedurally to provide comprehensive justice to the victims.

Unfortunately, India has witnessed mass crimes motivated by politico-religious factors since its independence in 1947. The painful memories of partition had not yet healed, the government was accused of killing agitators in anti-cow slaughter protests (1966). The Hashmipura Massacre (1987) or Sopore Massacre (1993) highlighted the culture of impunity. The turn of 21st century gave the exact horrors for which International Criminal Law was developed. The Gujarat Riots (2002), decade old Kandhamal violence and Muzzafarnagar riots (2013) enlarged the debate around administrative immunities to insufficient policy of mass crime penal laws.

The codification of Genocide and Crimes against humanity helped fathom out a substantive and procedural mechanism to redress crime committed in the name of law and remedy against politically sponsored mass crimes. Though India had a law for War Crimes under Geneva Conventions in 1960s itself, it failed to take any measure on Genocide and Crime against Humanity. India signed and ratified the Genocide Convention in 1959 but failed to fulfil its Article V obligation to enact national legislation. The Crimes against Humanity has become part of India's jus cogens, erga omnes and customary law obligation. The aforementioned Delhi High Court judgment traced the history of Crimes against humanity and cited the domestic cases from Bangladesh (Government of the People's Republic of Bangladesh v. Abdul Quader Molla LEX/BDAD/0004/2013) and England (Anthony Sawoniuk [2000] 2 CR.APP.R.220) to emphasize how national adoption of these crimes have led to a better remedy to victims in these countries:

"367.10. The Court has digressed into the above brief discussion on "crimes against humanity" since cases like the present are to be viewed in the larger context of mass crimes that require a different approach and much can be learnt from similar experiences elsewhere."

The reason why these crimes need to be imbibed in Indian laws is dilution of impunity which otherwise remains a strong impediment in enforcing criminal remedies against administration. For instance, Section 197 of the Indian Code of Criminal Procedure requires previous sanction of the government before any proceedings are initiated against the public official. Thus, the present law on mass crimes fails to count patronage of government in certain crimes. Further, there are instances of vague First Information Reports (report made by the police on very first information on a crime committed) prepared in mass crimes which later harm the trial. Our procedural and evidence law lacks the flexibility required in assessing probative value and relevancy of evidence in mass crimes. The problem can be captured from observation of Justice S. Sinha in Harendra Sarkar v. State of Assam, AIR 2008 SC 2467:

"It, in my opinion, would not be proper to contend that only because an offence is said to have been committed during a communal riot, the provisions of the Code of Criminal Procedure and Evidence Act would not be applied differently vis-a-vis a so-called ordinary case. They are meant to be applied in all situations."

The existing principles of appreciation of evidence cannot be done away with or applied in a flexible manner based on different circumstances in which a crime may be committed in order to protect the civil liberties of accused persons. As a result, the probability of victims being left with justice being undone is high since the circumstances under which mass crimes are committed are vastly different from the circumstances in which a crime is committed in times of normalcy. Lastly, the delay caused in investigation and non-accountability of prosecutors highlight that the law remains oblivious of political interference. Certain legal elements like "intent to destroy a national, ethnic, racial or religious group" though find apt mention in International Crimes but have no such domestic equivalent in India. Procedurally, it can be easily perceived that the evidentiary standard in such mass crimes cannot remain alike as other offences and hence, requires a sui generis mechanism of evidence collection, reasonable doubt standard, limitation period etc.

India may resent jurisdiction of International Criminal Court for varied reasons but the void of imbibing these crimes in penal policy/law certainly has no justification. The International Law Commission has put the Convention on Crimes against Humanity on its 2019 agenda and provides another chance for India to improvise its stand. The facts provide for a clarion call and the legal obligations, a sufficient cause that our country expands and mature its policy of mass crimes to contemporary challenges.