Need For Advertising Laws In India: 'The Best Product In Market'? 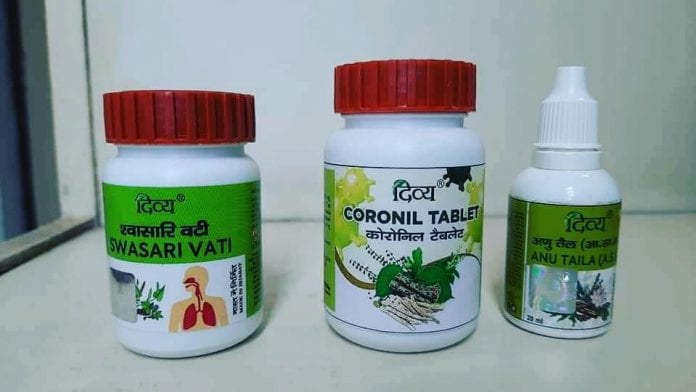 With the COVID-19 creating havoc in the whole world, a claim by an Indian company of finding its cure has caught everyone's attention. Patanjali Ayurved Limited, an Indian consumer company founded by yoga guru Ramdev, recently claimed to have found a 'cure' for the disease. It is claimed that the medicine called 'Coronil' has proved to be 100 percent effective during clinical trials...

With the COVID-19 creating havoc in the whole world, a claim by an Indian company of finding its cure has caught everyone's attention. Patanjali Ayurved Limited, an Indian consumer company founded by yoga guru Ramdev, recently claimed to have found a 'cure' for the disease. It is claimed that the medicine called 'Coronil' has proved to be 100 percent effective during clinical trials on COVID-19 patients, except those on life support systems. The company continued advertising the drug until the Ministry of Ayurveda, Yoga & Naturopathy, Unani, Siddha, and Homoeopathy (AYUSH) ordered the company to stop advertising the product until "the issue is examined." This makes us examine the need for a strict and codified advertising legislation in India. In this article, the author aims to discuss the advertising rules in India and the need for such legislation.

Advertising is one of the key factors in the growth of a business, especially in a market like India which is growing every minute. It helps in communicating with the customers and persuading them to consume the product or avail the service. The influence of an advertisement on consumer behavior is massive. The dynamic nature of the business environment coupled with the digital era increases the importance of advertising by ten-fold. Ideally, the purpose of an advertisement is to give complete information about the product or service to the consumer so that she can make an informed purchase decision. This level of power and influence also brings responsibilities. However, the advertising industry has been accused of not fulfilling its responsibilities and rather misusing this power to suit its needs. There are innumerable cases of misleading advertisements in India. These advertisements not only lead to unhealthy competition in the market but also violate various basic rights of consumers such as the right to information, the right to be protected against unsafe goods and services as well as unfair trade practices and the right to choose.

The issue becomes more grave and serious when there is an existing state of panic in the country due to a global pandemic. The ramifications can be fatal in some cases.

B. The Advertising Standards Council of India (ASCI).

Currently, there is no statutory agency or uniform legislation regulating the advertising industry in India. The advertising market is controlled by "a voluntary, self-regulatory and non-statutory" council called the Advertising Standards Council of India (ASCI). The ASCI has adopted a Code for Self-regulation in advertising called the ASCI Code which has been accepted by the individuals, corporate bodies, and associations concerned with the practice of advertising.

According to the ASCI Code, complaints against deviant advertisements can be made by any person or industry. The Consumer Complaints Council (CCC) considers and decides on the complaints by notifying the advertiser and then asking them to withdraw or modify it. In case the advertiser doesn't respond, an ex parte decision is taken. The members of the ASCI are bound to comply with the decision of CCC, however, the others are not. The ASCI tries to persuade them and if necessary uses peer group influence and pressure to achieve its objective. Since the ASCI does not have any statutory powers, the advertiser may or may not comply.

The ASCI's efforts are appreciable, however, it has to be noted that it takes a minimum of six weeks for the CCC to take a view on an advertisement and for the ASCI to convey its decision. Further delay is caused by the advertiser in modifying or withdrawing the advertisements as asked to. By then the advertisement would have already influenced the consumers. In such cases, the only way the message can be obliterated or corrected in the mind of the consumer is through corrective advertisements, but as a self-regulatory body, ASCI does not undertake to issue such directions. The ASCI and the ASCI Code lacks the required ability, power, and status to actually regulate the advertising sector.

The Act was passed to promote healthy competition in the Indian market by preventing practices having adverse impact on competition like abuse of dominant position. The Competition Commission of India (CCI) is the statutory, regulatory body responsible for enforcing the Act. Complaints can be filed with the CCI regarding anti-competitive practices including misleading and unfair advertising. The CCI vide a reference made to it In Re: Vishal Gupta and Albion InfoTel Limited rejected allegations of unfair business practices made against Google concerning its advertising platform, by holding that the internet major's actions did not infringe provisions of the competition law. However, Chairperson D K Sikri in his dissent noted that "though Google claims that operation of its advertising platform is not opaque but rather very fair and transparent to the advertisers, strangely Google does not disclose the procedure it undertakes for review of the advertisements to the advertisers."

However, the CCI is not the main authority to deal with deceitful advertising. Neither does this function fall in its ambit directly. It needs to be noted that the government excluded unfair trade practices from the purview of the CCI, on the ground that consumer courts could deal with unfair trade practices. The role of the CCI and the potential regulatory body for advertising may overlap but this does not obviate the need for such a body.

The Consumer Protection Act, 2019 has brought better and greater safeguards for consumers with stricter penalties for misleading advertisements. The Cigarettes and other Tobacco Products (Prohibition of Advertisement and Regulation of Trade and Commerce, Production, Supply, and Distribution) Act, 2003 prohibits all kinds of advertising of tobacco products in all media in India. The Transplantation of Human Organs Act, 1994 prohibits any advertising activity to invite persons to supply, offer to supply, and any human organ for any amount of payment. The Drugs and Magical Remedies (Objectionable Advertisements) Act, 1954 prohibits the advertisement of magical remedies of diseases and disorders. As a matter of fact, the advertisement by Patanjali was brought into scrutiny under the same Act. The Legal Metrology Act, 2009 was passed to standardize weights and measures and regulate trade in the same. Section 11 of the Act prohibits any advertisement than following the standard unit of weight, measure, or numeration. It also mandates mentioning the net quantity of the commodity along with the retail sale price.

The list of these legislations is long and includes Cable Television Networks (Regulations) Act, 1995, The Prize Chits and Money Circulation Schemes (Banning) Act, 1978, The Prenatal Diagnostic Techniques (Regulation and Prevention of Misuse) Act, 1994, Emblems and Names (Prevention of Improper Use) Act, 1950, Indecent Representation of Women (Prohibition) Act, 1986 and so on.

E. The need of the hour

With her ever-growing market, India needs a direct and objective legislation on advertising which lays down the duties and liabilities of every stakeholder in an organization indulging in wrongful advertising practices. This piece of legislation needs to be extensive and well-researched for the greatest protection of consumers from fraudulent, unfair, and deceptive business practices. The legislation should be well-equipped to deal with the dynamic business environment and the growing influence of social media, technology, and digitalization. It should address the rapidly changing trends in the market. The law needs to be inclusive as new ways and means of advertising are discovered or invented regularly. Advertisements range from traditional Television-advertisements or Newspaper-advertisements to the modern Instagram-advertisements by celebrities who can influence a great part of the audience.

The law needs to protect not only the consumers from the businesses but also the business entities from other business entities indulging in unfair trade practices. The legislation should increase awareness among the consumers, of their rights and responsibilities. The issue of Advertorials and Disguised Advertisements needs to be addressed as well. The effectiveness of the law would increase if it provides for strict action against the advertiser in the form of penalty, compulsory corrective advertisements, and heavy financial penalties. There should be a proper mechanism for the complaints against deviant advertisements to be filed quickly so that the consumer courts can hear them expeditiously and issue suitable directions. In the case of Buddhist Mission Dental College and Hospital Vs Bhupesh Khurana, out of many victims, eleven students had filed a case against the college for a misleading advertisement. Even those eleven students, who won their case, did so after 15 years and they can never get back the academic years lost. Had the advertisement been stopped right at the beginning and corrective advertisements issued, many students and parents from falling prey to the advertisement would have been saved. This case shows how it is extremely important to avoid delay and be expeditious in such cases.

It can be concluded that India does need an extensive legislation for the advertising industry. Multiple fragmented legislations pertaining to advertisements have failed to curb false and misleading advertisements and protect consumer interest; consumers continue to be victims of such advertisements due to the inadequacies.

Having a uniform and single piece of legislation will lead to greater clarity and consequently growth of the advertising industry, which is the backbone of many businesses. A statutory body in contrast to a non-statutory body like the ASCI will have the ability to extract greater compliance with the law. This will help to create a better and safer market for both consumers and business entities.