Of Covid-19 And Stigma Attached To It 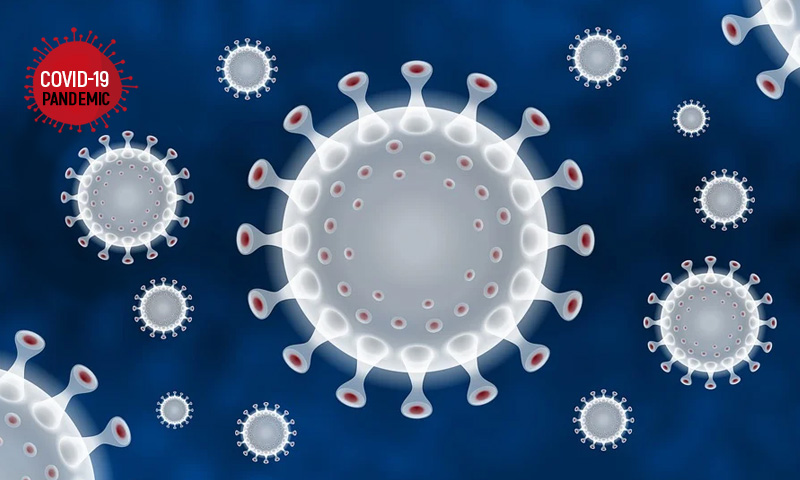 As the world is fighting the deadly Covid-19, what we may be missing out in the battle is a far greater threat than the virus itself - the stigma associated with it. The hard reality is that every time a contagion strikes the humankind, it is inevitably followed by stigmatization of the disease. Such instances have been witnessed since times immemorial, the most recent example being...

As the world is fighting the deadly Covid-19, what we may be missing out in the battle is a far greater threat than the virus itself - the stigma associated with it. The hard reality is that every time a contagion strikes the humankind, it is inevitably followed by stigmatization of the disease. Such instances have been witnessed since times immemorial, the most recent example being the outbreak of SARS in 2002 and H1N1 in 2009.

Stigma, as per Goffman, is the "disapproval of, or discrimination against, a person based on perceivable social characteristics that serve to distinguish them from other members of a society". Heath related stigma can be identified with a range of health conditions such as HIV/AIDS, Leprosy, Tuberculosis and most of the skin and mental health related diseases. The novel coronavirus disease is also accompanied with the similar threat.

Likewise, a Covid-19 patient may have to face the brunt of the society even after he has completely recovered from the illness. He may experience social avoidance, verbal abuse, discrimination in the form of denial of services such as housing, employment, healthcare, and in some cases, even physical violence. This may take a heavy toll on his physical and mental health, thereby increasing his vulnerability to conditions such as elevated depression, anxiety and substance use.

Public health research shows that after the outbreak of Ebola in South Africa, the survivors had to face eviction by the landlords, loss of jobs, abandonment and even physical violence affecting them mentally and psychologically. Similar observations were made during the studies on SARS and H1N1. Even in the context of coronavirus, we witnessed several cases of suicides across the country by individuals after they were suspected of the disease. It is certainly not the disease itself that drives a person to end up his life but the consequences that might follow: the social unacceptance and rejection.

It's worthwhile to note here that stigma associated with a health condition also impedes the process of treatment and containment of the disease. Same rings true of the deadly coronavirus disease. Owing to the fear of the stigma that may follow after a person is diagnosed with the disease, he is less likely to report to the health care officials or get tested resulting in the worsening condition of the individual and further spread of the disease. Recently, Dr Randeep Guleria, Director of AIIMS-Delhi, expressed a similar concern urging the public to sympathise with the patients and not to stigmatise the illness. He asserted that the rise in mortality rate could be attributed to the delay in reporting of the cases which in turn is the result of stigma attached to it.

There have been also reports of instances of violence against the suspects of Covid-19. Reportedly, a 34 year old man in Mumbai died after he was attacked on the suspicion of being a Covid-19 patient. In an unfortunate incident in Kerala, a man after recovering from the disease was abandoned by his family. Several instances of harassment and discrimination have been reported from Jammu and Kashmir where people are being denied the basic amenities merely on the ground that they previously had the disease. In one such instance, a recovered Covid-19 patient was refused consultation by a dentist for the similar reasons. In another case, a person was refused a broadband internet connection. Another recovered patient is reported to have faced harassment and inappropriate behaviour while buying a gas cylinder. Not just during their lifetime, the patients are robbed of their dignity even after their death. Every now and then, we come across some news reports about how people resist the burial or cremation of the people who die of the coronavirus.

However, it's not just the patient who experiences such a discriminatory attitude, but extends to the persons who have an association with the patient such as the health care providers and the family members of the patient. The recent instances of the healthcare providers being ostracised is not unknown to us. All such incidents are illustrative of how the problem of health related stigma is deeply rooted in our society and how badly it demands attention. The stigma associated with a disease can be as fatal as the disease itself. It is as bad as any other form of discrimination such as racism, sexism etc. It is, therefore, imperative that the government makes a serious intervention to address the issue.

While the government has come to the rescue of the health care providers by affording them protection by way of the Epidemic Diseases (Amendment) Ordinance, 2020, nothing has been yet done for the protection of Covid-19 patients and their family who may have to face several challenges even after the recovery such as eviction by landlords, harassment, physical violence, loss of jobs etc. While there are certain laws in place such as HIV/AIDS (Prevention and Control Act), 2017, and Mental Healthcare Act, 2017 aimed at eliminating the stigma associated with such diseases, there is no such protection available to the patients after their recovery from a contagious disease such as Covid-19. In countries such as Australia, Brazil, Bolvia and UK, such cases are dealt under anti-discrimination laws which operate even against private individuals. Unfortunately, India lacks such a legislation. It's the absence of such laws that fosters discriminatory behaviour, thus fuelling social inequality. The U.N has repeatedly showed resistance to health related stigmatization and emphasized upon the need for the countries to undertake strict measures to curb the same. In this backdrop, it is critical to have a clear legislative or policy framework in this regard.

Besides, education plays an important role in dispelling the stereotypes. The main cause of the stigmatization of a disease is the misinformation or lack of information as to its cause and transmission. Researches conducted during the SARS breakout reveal that a considerable number of the respondents believed that the patients were infectious even 18 months after their recovery and that any sort of contact with them would transmit the disease. Such is the impact of disinformation about a disease. It is, therefore, imperative to sensitize the masses as to the "real" dangers of the disease and debunk the myths surrounding it. Media and health care staff can play a crucial role in this regard. Corporations should frame antidiscrimination policies and create a healthy environment ensuring the employees of their job security after they recover from Covid-19.

Lastly, there is a need for realization at the individual level that this disease can affect anybody. One needs to be empathetic towards such patients, their family and those at the frontline such as health care officials and other agencies, discourage stigmatic behaviour and language and stand up for the dignity of such individuals. Although the fear of contracting the disease is understandable, the stereotypes created by the society are not. As they say, "the virus does not discriminate, nor should we".

(Views Are Personal Only)