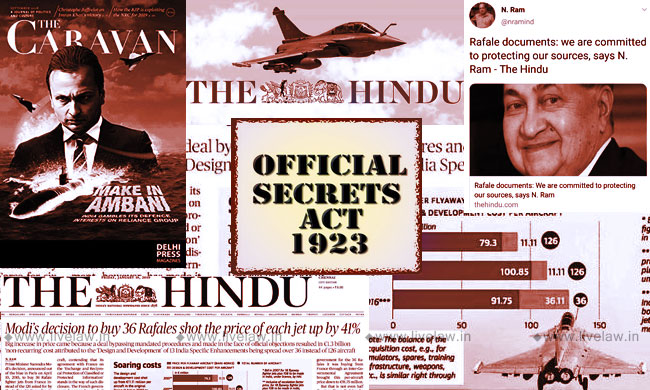 Amidst the Vietnam war, the board of management of 'The Washington Post' was caught up in a severe dilemma as to should they publish sensitive and classified defense documents which revealed that the U.S Government had always been aware that there was no chance of winning the war, and that despite such concrete knowledge successive governments escalated the war propaganda solely to reap...

Amidst the Vietnam war, the board of management of 'The Washington Post' was caught up in a severe dilemma as to should they publish sensitive and classified defense documents which revealed that the U.S Government had always been aware that there was no chance of winning the war, and that despite such concrete knowledge successive governments escalated the war propaganda solely to reap political benefits. The leaked documents made it clear that the U.S was waging a futile war, and thousands of young men were sent to die only for the sake of whipping up jingoistic frenzy.

While the management was apprehensive of inviting the wrath of the then President Richard Nixon, the Editor-in-Chief Ben Bradlee was very resolute in his decision that the paper should publish the documents which showed that successive US Governments have been lying about the Vietnam war for years.

This incident of Washington Post publishing Pentagon documents belying the Government's claim about winning Vietnam war has been recreated in cinematic form in the celebrated Hollywood movie 'The Post'(2017).  Tom Hanks, who plays the role of editor Bradlee, is shown as asking "If we don't hold them accountable, who will?",

'The New York Times' had already published a part of the documents, which resulted in legal proceedings under the U.S Espionage Act for breaching national security, and it was restrained from publishing as per injunction orders passed by Courts. It was in that backdrop that 'The Washington Post' decided to publish the rest of the information. Both the papers had to ultimately approach the U.S Supreme Court to protect their right to publish.

In a landmark decision New York Times v. U.S.A(also known 'Pentagon papers case'), the U.S Supreme Court upheld the right of the newspapers to publish the documents. By a 6:3 majority, the Court held that the Constitution did not permit prior restraint on press freedom on whatever grounds.

"The press was to serve the governed, not the governors. The Government's power to censor the press was abolished so that the press would remain forever free to censure the Government. The press was protected so that it could bare the secrets of government and inform the people. Only a free and unrestrained press can effectively expose deception in government. And paramount among the responsibilities of a free press is the duty to prevent any part of the government from deceiving the people and sending them off to distant lands to die of foreign fevers and foreign shot and shell", Justice Hugo Black emphatically observed in the judgment. 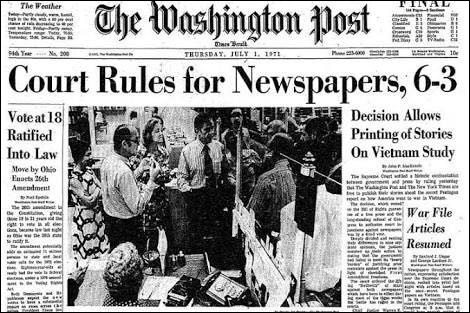 The US Supreme Court stood steadfast to protect press freedom, without getting swayed by wartime frenzy.

A similar contest between official secrets and press freedom is unfolding in India in the hearing of the Rafale review petitions.

The Attorney General K K Venugopal told Supreme Court on March 6 that the reports published by newspapers questioning the government's version in the Rafale case, such as the reports of N Ram in The Hindu, The Caravan etc., were based on documents accessed unauthorizedly. He hinted that Government was considering action under the Official Secrets Act,1923(OSA) against those responsible for the publication.

The AG's comments attracted criticism from several quarters. The Editors' Guild issued a statement condemning the threat to use OSA against press.

In this backdrop, it is worthwhile to examine the scope and impact of this imperial era legislation.

Official Secrets Act 1923- the Indian counterpart of US Espionage Act.

The US Government tried to restrain publication of Pentagon papers invoking Section 793 of the Espionage Act, which criminalized possession of information relating to 'national defence', which the possessor has 'reasons to believe' 'could be used to the injury of the United States or the advantage of any foreign nation'. The US Supreme Court held that this penal provision cannot be invoked to impose prior restraint on publication, even if information related to involvement of government in war.

The Indian counter-part of the said provision of U.S Espionage Act is the Official Secrets Act 1923(OSA)- a short colonial legislation which reflects imperialistic fervour than constitutional temperance.

The Act criminalizes disclosure of information which might be directly or indirectly useful to an enemy(Section 3). As per the interpretation given to the provision by the Supreme Court in Sama Alana Abdullah v. State of Gujarat AIR 1996 SC 569, the information need not be even 'secret', and if it is likely to be useful to an enemy, the offence is said to have been committed. Therefore, there is a lot of subjectivity involved here, as conviction could be based on an arbitrary and uncertain test of information being useful to an enemy.

It criminalizes disclosure of information which is likely to affect sovereignty and integrity of India, the security of state or friendly relation with foreign states'(Section 5). This provision also punishes persons voluntarily receiving and possessing such documents.

Various incidents in India demonstrate that the OSA has been misused to clip the wings of bona fide press reportage.

Journalist Santanu Saika was booked under OSA in 1998 for publishing the contents of a cabinet note on disinvestment policy. This was widely perceived as an instance of official high-handedness, as the nexus between disinvestment policy and national security seemed too remote. By the time the Court acquitted Saika in 2009 on the grounds that the publication of the disinvestment document, though marked "secret", was unlikely to affect the sovereignty and integrity of India or the security of the state or friendly relations with foreign states, he had undergone considerable period under detention.

In 2002, Kashmiri journalist Iftikar Gilani had to face prosecution under the Act on ground that he disclosed classified military information to terrorists. This had led to huge furore, and was seen as an attempt of the establishment to break the morale of Kashmiri journalists. The Committee for Protection of Journalists and Reporters Sans Frontiers, two international organisations, had written to the then Deputy Prime Minister L.K Advani urging him to drop the charges. In trial, the military officials conceded that the information found in possession of Gilani was freely available in public domain, resulting in his acquittal.

During the same period, Tehelka had to face action under the Act on ground that it published sensitive government information, making many wonder if it was a vindictive response from the Government after the Tehelka sting operation exposed corruption in arms deal, which resulted in the exit of the then Defence Minister George Fernandes and then BJP President Bangaru Laxman.

In 2011, Mid-Day Reporter Tarakant Dwivedi was arrested under the OSA for a piece on how arms purchased by the Government Railway Police, after the 26/11 attack, were rotting in the armoury due to poor storage; but only to be freed subsequently by Court.

In 2017, Poonam Agarwal, a reporter of online portal 'The Quint', published a video story which showed that senior army officers in Nashik Army Camp were improperly compelling subordinate officers to do their personal work and household chores. One of the soldiers interviewed in the report, Roy Mathews, was found dead a few days later, reportedly a case of suicide. Poonam Agarwal's story irked the establishment, and she was charged under Official Secrets Act.

"This is nothing but an attempt by the Indian Army to shut up journalists from exposing wrongdoings in the institution. It will set a very bad precedent, because in future, an editor or reporter will think twice before raising their voices against the Army.", Agarwal remarked about the developments. She is fighting a case in the Bombay High Court seeking to quash the charges against her. While granting her bail, the High Court observed "merely because the sting operation was done in a prohibited area would not automatically attract the provisions of Sections 3 and 7 of the Official Secrets Act".

Apart from these reported instances, there are many other low-profile instances of journalists facing harassment under this Act across the country. The mere mention of Official Secrets Act by the prosecution is enough for the Magistrates to deny release on bail. Magistrates rarely venture to question the prosecution opposition on ground of 'national security'. Very often the process itself becomes the punishment, resulting in a chilling effect on press freedom.

The problem with the Act is that it is not possible for anyone to know with certitude that some information is 'secret' or is likely to be useful for an enemy. It seems that there is a manual by the Ministry of Home Affairs, called Manual of Departmental Security Instruction,which deals with classification of documents. Ironically, this manual itself is treated as 'secret'.

When Venkatesh Nayak, an RTI activist, tried to obtain the copy of the manual, it was declined stating that it was 'confidential' and that its disclosure will affect national security. The Central Information Commission(CIC) upheld the decision of Ministry in denying the copy of manual.

"It can hardly be over-emphasized that disclosure of the contents of the Manual may enable elements hostile to India-both internal and external- to peep into the security strategy of the Indian security establishment and thereby cause detriment to India's security, without let or hindrance", the CIC observed, rejecting disclosure on the ground it will be detrimental to 'national security'!

This is a bizarre situation, leaving too much to the subjective whim of the prosecution. Therefore, it is not surprising that OSA has become an instrument of oppression at the hands of the establishment to witch-hunt those who dare to ask uncomfortable questions.

The OSA is an anachronism in this age which has recognized the citizen's right to information as sacrosanct. It is interesting to note that the RTI Act has an overriding power over OSA, as expressly stated in Section 22. The Administrative Reforms Committee recommended in 2006 that the OSA should be repealed as it was incongruous with the transparency regime. But no further action was taken in that regard.

The Act has no redeeming provision, which protects disclosure of information in public interest. The reports of Mid-Day and The Quint mentioned above definitely had public interest element in them, as they revealed wrong-doings on the part of establishment. Yet, they were subjected to charges under OSA. Such instances will deter whistle-blowers and activists from using information to which they are privy in order to openly question misdeeds of government.

'National security' and 'defence' are holy cows in Indian scenario, which cannot be questioned. In this backdrop, it is difficult to say whether Indian media can fearlessly report and expose hollow claims of national security, as did by Washington Post and New York Times during Vietnam War.