Rafale Review:Documents Relied On By Petitioners Were Stolen From Ministry,Govt Considers Action Against It :AG Submits 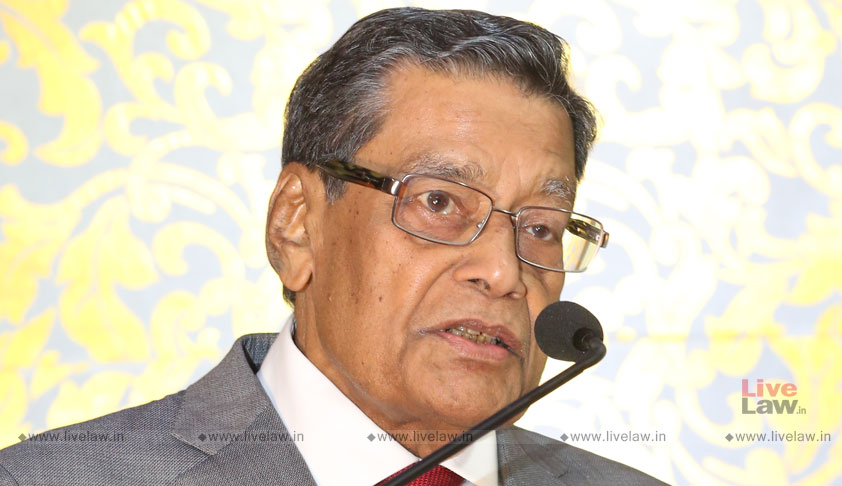 Attorney General K. K. Venugopal on Wednesday raised a preliminary objection, seeking the dismissal of the Rafale review petitions upon petitioner-in-person Prashant Bhushan's attempt to draw the top Court's attention to an eight-page note by three of the seven members of the Indian Negotiating Team objecting to the PMO's interference in the price negotiations weakening the Defence...

Attorney General K. K. Venugopal on Wednesday raised a preliminary objection, seeking the dismissal of the Rafale review petitions upon petitioner-in-person Prashant Bhushan's attempt to draw the top Court's attention to an eight-page note by three of the seven members of the Indian Negotiating Team objecting to the PMO's interference in the price negotiations weakening the Defence Ministry's position.

"I have an objection! These documents were stolen from the Defence Ministry by some former employee and the investigation is ongoing. These documents are marked secret and were published by two newspapers...this is an offence under the official secrets act. We would be launching prosecution", the AG jumped to his feet as Mr. Bhushan sought to indicate the note as published in the Hindu.

"In governmental functioning, the first views are expressed by the Secretary, then there are counter-views, followed by a third view by the Additional or Joint Secretary. Then the Minister comes in. If the final decision is illegal, that justifies judicial review. But If the note files are stolen, that is not the final decision. It binds nobody...and the Hindu published only the first noting, not the second. The Second noting contains the opinion that there had been an overreaction initially, and that is the final reaction on this!", explained the top law officer.

"You are saying we should not read a word of it?", asked Justice K. M. Joseph.

"Recent events have shown how sensitive the situation can get if defence issues are disclosed. Further, imagine the extent of delay if everything has to pass through the Parliament, the TV channels and the newspapers and finally, the court!...we have said that the prices cannot be disclosed at all. And today again something has been published in the Hindu. The usual practice is that before a sensitive hearing, a story is put out to influence the court. This in itself is contempt of the court", submitted the AG.

"This notesheet was unauthorisedly removed, you say? What did you do about it? The first story came out on February 8. It's been a month since the papers were stolen. What have you done?", inquired the Chief Justice.

Repeating that an investigation is underway, the AG told the bench that he shall find out and apprise the court of the exact situation post lunch.

"Whether we have acted on it or not, are Your Lordships going to look into it?", he put to the bench.

"Should we look into it and then hear you and decide only after hearing you? All This is in public domain now for which, we presume, that some action is being taken. Is it your contention that notwithstanding the fact that it is in public domain, [unclear]", asked the Chief Justice.

"I am suggesting that those who did this are guilty of exposing privileged documents, of the official secrets act, and the IPC...", argued the AG.

"Are you taking a preliminary objection?", the Chief Justice questioned.

"I am taking a preliminary objection to the review petitions and the connected applications. They must be dismissed on this ground alone!", asserted Mr. Venugopal.

As the bench rose for lunch, Mr. Bhushan advanced that the RTI Act overrules the Official Secrets Act and that under section 8(1)(i) of the former, all notings of a like nature have to be disclosed l.

"His (the AG's) arguments are premature right now. Let him complete", weighed in the Chief Justice.

At the threshold, when Mr. Bhushan had sought to indicate a supplementary affidavit in respect of Hindu Chairman N. Ram's articles, the Chief Justice had categorically stated that the bench was not going to look into any supplementary affidavit- "what you gave us, we read and came. Argue on what you laid before the court"