Professional Ethics: A Gentle Reminder To The Solicitor General Of India 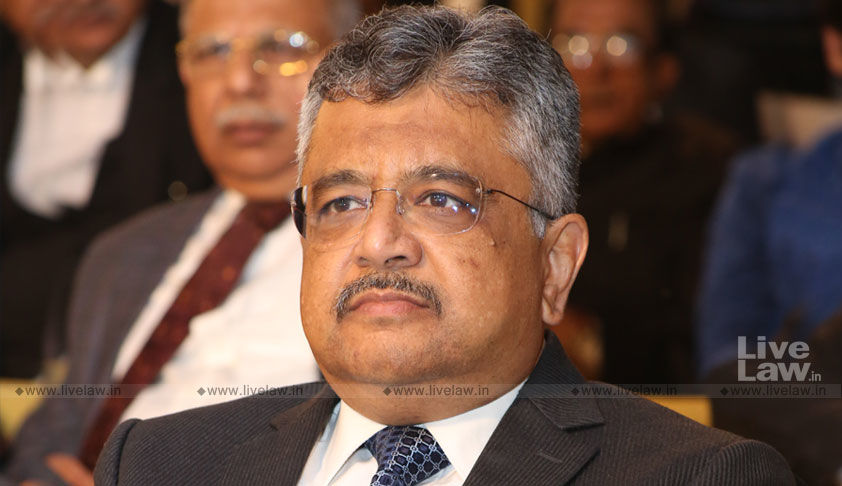 The Solicitor General of India is the Second Law Officer of our Country – India. It is not a Constitutional but a Statutory Authority and a very respectable post. Young Lawyers aspire to achieve it someday. Mr. Tushar Mehta is an energetic and luminous Senior Advocate of the Supreme Court of India and is currently the Solicitor General of India who advises the Government of India...

The Solicitor General of India is the Second Law Officer of our Country – India. It is not a Constitutional but a Statutory Authority and a very respectable post. Young Lawyers aspire to achieve it someday.

Mr. Tushar Mehta is an energetic and luminous Senior Advocate of the Supreme Court of India and is currently the Solicitor General of India who advises the Government of India and appears on behalf of the Union of India in terms of the Law Officers (Terms and Conditions) Rules, 1972. Young lawyer like myself, look up to him as a mentor to learn court craft and arguing skills and aspire to be like him one day. I personally admire him for his amazing court crafting, his legal knowledge and for being an exceptionally wonderful human being. There is so much to learn from his enriched experience as an Advocate.

I, on the other hand, am a young Advocate on Record in the Supreme Court of India and also one of the young members of the Bar to have been elected by the Bar as a Member Executive of the Supreme Court Advocates on Record Association (2018 - 2020). Compared to the learned Solicitor General of India, I might not even have half of the years of practice that the learned Solicitor General of India has.

In my few years of practice, what I have observed and learnt from this profession is that, "We" as "young lawyers" are expected to learn from "Senior Advocates" , and what we learn today, is what we are going to teach our juniors in the future.

Every year thousands of students pass out from hundreds of law colleges and join this noble profession and begin practicing in district courts & high courts across India and in the Supreme Court of India, and just like me, most of them are watching and trying to learn from the Learned Solicitor General of India.

Looking at the way the Migrant Crises issue has been handled by the Learned Solicitor General of India, it reminded me that,

The Migrant Issue : A little back ground:

Lakhs of migrant workers were stranded without work or proper shelter ever since the nationwide lockdown was imposed. There was a stream of visuals of desperate workers walking several hundred kilometres towards their homes. The Union Government was criticised by many for not arranging travel facilities for these informal sector workers before imposing a lockdown.

March 31, 2020 - A Public Interest Litigation was heard by Hon'ble Supreme Court filed by Alakh Alok Srivastava being W.P.Civil No. 468 /2020 on migrant crises.

April 3, 2020 - The SG while responding to the various PILs filed by various Advocates and others on Migrant Crises says "Shut down Public Interest Litigation shops"

April 18, 2020 - A Public Interest Litigation (PIL) being W. P. ( Civil) .. Diary No. 10947/2020 was filed by one Prof. Jagdeep S. Chhoker in the Supreme Court seeking direction to the Central Government to allow migrant workers to return to their hometowns and villages after testing them for COVID-19 and for the authorities to provide for their safe travel back home.

April 27, 2020 - The matter was listed in the court and the court passed the following order: "we call upon the learned Solicitor General to place on record the proposed protocol, if any, for movement of migrant workers between States in view of reported discussions already taking place between different States. List after one week." The above matter was to come up on the 5th May, 2020.

May 1, 2020 - That in the mean while the Railways started running the Shramik Special trains for transporting stranded workers from May 1. The Railways was however charging the migrants for the railway ticket fare and was being heavily criticised especially because on the one hand the Railways had donated Rs. 151 Crores to "PM CARES" while on the other, it was charging migrants.

May 4, 2020 - As the Centre faced the heat from the opposition over the Indian Railways asking migrant labourers making their way home to pay for train tickets and since the matter of migrant travel was to come up the next day in the Supreme Court, the Union Health Ministry's Joint Secretary Mr. Lav Agarwal gave a cryptic explanation on 4th May and the same is as under:

"Be it the government of India or the Railways, we have not talked about charging from workers. 85% of the transportation cost is borne by the Railways, while states have to bear 15% of the cost,"

This was played on repeated mode on some news channels and some BJP leaders even tweeted it, and were seen on TV channels defending it. They pedalled the notion that migrant workers were not being charged at all, even as many reports showed that those who boarded the special "Shramik Special" trains had already paid for their tickets.

May 5, 2020 - The above mentioned PIL for Migrant Travel was listed before the Supreme Court and as expected the Hon'ble Court had also seen the above news of railway bearing 85 % of the fare.

During the course of hearing Justice Gavai referred to the "reports" that the Railways had decided to bear 85 % of the fare.

Justice Kaul asked the Learned Solicitor General of India Mr. Tushar Mehta if the Centre was actually funding 85 per cent of the fare and the SG preferred to have said: "At this moment, no such statement can be made as to what amount is being taken from the migrant workers."

The Hon'ble Court and the PIL petitioner were however convinced due to the news reports, that the railways was bearing 85 % of thefare and therefore the arguments werelimited tothe remaining 15 %, as it was to be paid by the migrant and it was not possible for the migrant to bear it at that moment.

The Hon'ble Court however considering the above argument was pleased to have laid that:"Insofar as charging of 15% of Railway tickets' amount from workers, it is not for this Court to issue any order under Article 32 regarding the same, it is the concerned State/Railways to take necessary steps under the relevant guidelines."

May 28, 2020 - That finally in the suo motu matter by the Supreme Court on the COVID-19 migrant crisis , the Court proceeded to question the Learned Solicitor General of India Mr. Tushar Mehta on the fare charged for the Shramik trains.

Justice Shah remarked,"It seems there is no clarity about fare and thus middlemen are taking advantage."

The Learned Solicitor General of India Mr. Tushar Mehta replied that either the originating state or the receiving state covers the fare as per their internal agreement.

This clearly means that the Hon'ble Court in W. P. (Civil) .. Diary No. 10947/2020, was wrongly made to believe that the Railways was incurring 85 % of the Ticket Fare. The Learned Solicitor General of India Mr. Tushar Mehta did not even bothered to have informed the Court about it on/before or after the hearing of the above Suo Moto matter by the Supreme Court of India on the Migrant Crises.

However, Learned Solicitor General of India Mr. Tushar Mehta goes on to say, 1) Some High Courts are running a parallel Govt' 2) Those criticising the govt are 'prophets of doom' 3) Cites instance of a journalist as 'vulture'."

1. In Dhanraj Singh Vs. Hanuman Das Khatry, the Supreme Court held that "the Legal Profession is a noble profession… A person practicing law has to practice in the spirit of honesty and not in the spirit of mischief making.."

2. An advocate shall, at all times, comport himself in a manner befitting his status as an officer of the Court, a privileged member of the community, and a gentleman, bearing in mind that what may be lawful and moral for a person who is not a member of the Bar, or for a member of the Bar in his non-professional capacity may still be improper for an advocate.

"As an officer of the court concerned in the administration of justice [a legal practitioner] has an overriding duty to the court, to the standards of his profession, and to the public, which may and often does lead to a conflict with his client's wishes or with what the client thinks are his personal interests".

4. Similar to blatantly offering false evidence, knowingly maintaining false pretences is another way a lawyer can mislead the court. Where counsel knows that the court is operating under a mistaken assumption and actively maintains the false pretence, the lawyer is guilty of misleading the court. Failing to correct a false statement or pretence is a breach of a lawyer's duty of candour.

5. Lawyers may not make allegations of dishonesty unless they have evidence to support such allegations and shall not interfere with the administration of justice.

6. A lawyer may not be able to act in a way that serves the client's best interests if doing so would put the administration of justice and the community's confidence in the profession at risk. In Bar Council of Maharashtra Vs. M.V. Dabholkar & Ors [1976] 2 SCC 291, the Supreme Court has held that, "the central function of the legal profession is to promote the administration of justice…"

8. When dealing with others, a lawyer shall be courteous, civil and act in good faith with all persons with whom he or she deals with during the course of practice.

To me Professional Ethics are more than a set of rules, they are a commitment to honesty, integrity and service in the practice of law. I conclude by quoting Lord Denning in the case of Rondel v. Worsley, in which he states: "[The advocate] has a duty to the court which is paramount. It is a mistake to suppose that he is the mouthpiece of his client to say what he wants: or his tool to do what he directs. He is none of these things. He owes allegiance to a higher cause. It is the cause of truth and justice. He must not consciously mis-state [sic] the facts. He must not knowingly conceal the truth…He must produce all the relevant authorities, even those that are against him. He must see that his client discloses, if ordered, the relevant documents, even those that are fatal to his case. He must disregard the most specific instructions of his client, if they conflict with his duty to the court. The code which requires a barrister to do all this is not a code of law. It is a code of honour. If he breaks it, he is offending against the rules of the profession and is subject to its discipline."

I hope the Learned Solicitor General of India Mr. Tushar Mehta will take this gentle reminder in the spirit it is written and not otherwise.