Sedition And Its (Ir)Relevance In A Democratic India 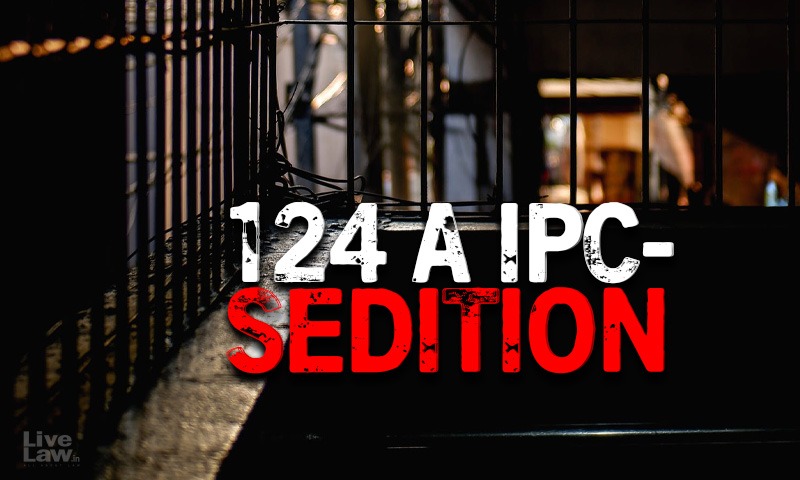 Expressing disaffection towards the government is every citizen's right in any democracy, let alone the biggest and most complex democracy in the world. There are myriad ways via which disaffection towards the current regime can be expressed, which may or may not please the regime in power. India's sedition law, laid down in Section 124A of IPC is a colonial-era law that has attracted...

Expressing disaffection towards the government is every citizen's right in any democracy, let alone the biggest and most complex democracy in the world. There are myriad ways via which disaffection towards the current regime can be expressed, which may or may not please the regime in power. India's sedition law, laid down in Section 124A of IPC is a colonial-era law that has attracted its fair share of ire for the same reasons. It reads as, "whoever, by words, either spoken or written, or by signs, or by visible representation, or otherwise, brings or attempts to bring into hatred or contempt, or excites or attempts to excite disaffection towards, the Government established by law in India, shall be punished with imprisonment for life, to which fine may be added or with imprisonment which may extend to three years, to which fine may be added or with fine." Although the word "sedition" is not used either in IPC or in the Constitution, it is one of the most well-known laws today because it's rampant abuse by authorities.

In colonial India, the draconian nature of this law was well accepted since the British government (mis)used this law to maintain strict control over its Indian subjects and deal with any expressed discontent towards the government with an iron fist. Our freedom fighters like Mahatma Gandhi and Bal Gangadhar Tilak, without whom the foundation of independent India could not have been laid, were at one point, imprisoned using this same sedition law. In 1897, the law was first used to charge Bal Gangadhar Tilak for speeches that allegedly incited violent behaviour. Then Mahatma Gandhi was charged who called S.124A of IPC, "the prince among the political sections of IPC designed to suppress the liberty of the citizen". KM Munshi, while speaking about sedition in constituent assembly debates, even went on to say that "the essence of democracy is criticism of the government." In fact, because of KM Munshi's efforts, the word sedition was dropped from the Constitution.

Any prudent person would then assume that once India became a sovereign country that followed democratic norms, the need for a law like that ceased to exist since it challenged the very foundation of liberty in a democracy. But the law continues to be used today with unhampered impunity by the party in power. It started in 1951 - when the law was not only reimposed but strengthened (by adding "friendly relations with foreign state" and "public order" as grounds to restrict free speech) by the government under Nehru's Prime Ministership via 1st amendment to the constitution, all while Nehru's government pretended that it found the sedition law "objectionable and obnoxious". It has continued to this day.

S.124A has been used by every government to suppress and stifle dissent but since 2014, the number of sedition cases have more than doubled. According to NCRB data, the number of cases under sedition went from 47 in 2014 to 93 in 2019. So, while the law has always been used as a tool to muzzle dissenting voices, under the current regime, the numbers are at an all-time high indicating the low tolerance of government regarding any expressed discontent or criticism although it has been established time and again that criticism of the government is the true meaning of democracy. Moreover, the low conviction rate of a mere 3% implies lack of any substantial evidence in cases of sedition. It is just used as a tool to establish authority over minorities, Dalits, tribal communities, and Muslim communities specifically to create an atmosphere of fear.

The reason that this law is still being used to harass citizens is because of how poorly worded it is, making it open to different interpretations. Since it provides zero clarity whatsoever on exactly what acts constitute sedition, it has been used spuriously to falsely accuse individuals. Also, because of the ambiguity surrounding definition of sedition, it has been applied to different aspects of speech and expression in the past. From seditious literature, to slogans and posters, to involvement in an organization banned under any law, cartoons, drawings and the like, anything and everything can be counted as sedition.

Justice Chandrachud in fact highlighted the same issue with this loosely worded law, in a matter pertaining to Andhra Pradesh government using Sedition law against two telugu news channels. In another case where a PIL was filed against former CM of J&K, Justice Chandrachud again emphasized the importance of defining the scope of Sedition law and stated that, "Expression of views which are different from the opinion of the government cannot be termed seditious."

The number of Supreme Court judgments on the matter has helped us in ascertaining what exactly constitutes sedition. Justice AP Shah, while elaborating on Kedar Nath Singh v. Union of India, stated that the court upheld the constitutionality of sedition but limited its application to acts involving intention or tendency to create disorder or disturbance of law and order, or incitement to violence and distinguished these acts from very strong speech or the use of words which were strongly critical of the government." Then in Balwant Singh v. the State of Punjab, it was again reiterated that "words and speech can be criminalized and punished as sedition only in situations where they are being used to incite mobs or crowds to violent action." In Sanskar Marathe v. the State of Maharashtra, Court explicitly laid down that comments expressing disapproval of government policies and/or administrative actions with the objective of potential positive alterations will not constitute sedition. In Shreya Singhal v. Union of India, the Supreme Court not only distinguished clearly between advocacy and incitement but also laid down that to charge a person with sedition, there has to be a direct, established connection between offensive speech and provocation to violence/disruption of public order. In 2020, when veteran journalist Vinod Dua was charged with Sedition, the court stated, "it is only when the words or expressions (used to criticize the government and its policies) have pernicious tendency or intention of creating public disorder or disturbance of law and order, that section 124A and 505 of IPC must step in."

Despite the numerous judgments of the Supreme Court on the matter and suggestions by the Law Commission to either amend or repeal the Sedition law (pointing to the fact that British who introduced the law to suppress Indian voices, have themselves abolished it long ago in their country), the law has been slapped on anyone whose conduct has deviated from the definition of "accepted" norm according to the ruling party.

Recently, a tribal journalist student and his father, who was charged with attempt to criminal conspiracy and violation of S.124A of IPC and UAPA, and had spent 9 years in prison on these charges, were acquitted by the Sessions Court. Their crime? Possessing a book of Bhagat Singh and certain articles and paper cuttings which allegedly indicated that they had links with Naxalism. It's not the absolute bigotry and hypocrisy that's bothersome (on one hand we consider Bhagat Singh one of our great freedom fighters who died for the country trying to give us freedom, there are Bollywood movies, and school textbook stories, not only portraying but glorifying the contribution of Bhagat Singh and many like him, using him as a mascot of Indian nationalism). It's the vehement disregard for a person's life, violation of the fundamental principles of liberty in a democracy, continued unabated usage of a vaguely worded draconian law that has no place in 21st century India and the presence of other laws like Unlawful Activities Prevention Act and National Security Act, which are there for the same purpose and might I add, have been made more stringent by the ruling party, all this to suppress dissenting voices in a democracy which has personal liberty and right to free speech as its hallmarks. Thus, this archaic law needs to be repealed as suggested by the Supreme Court in July, 2021 while questioning centre's reasoning for still making continued unabated usage of this draconian law.