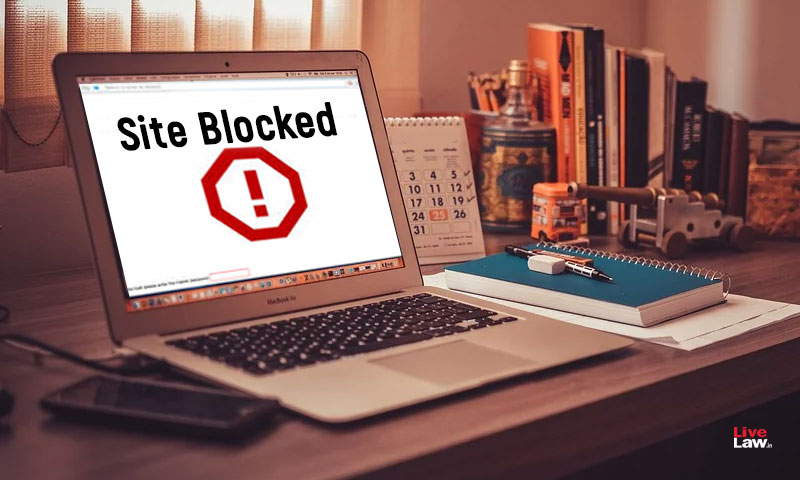 Shreya Singhal v. Union of India is perhaps best known for striking down Section 66A of the Information Technology Act, 2000 ('IT Act') as unconstitutional. In Part one of this three part series commemorating five years of the judgement, we focused on the Supreme Court's decision to strike down Section 66A as unconstitutional. However, in the same judgement, the Supreme Court also upheld...

Shreya Singhal v. Union of India is perhaps best known for striking down Section 66A of the Information Technology Act, 2000 ('IT Act') as unconstitutional. In Part one of this three part series commemorating five years of the judgement, we focused on the Supreme Court's decision to strike down Section 66A as unconstitutional. However, in the same judgement, the Supreme Court also upheld the constitutionality of another tool of web censorship under the IT Act: Section 69A and the accompanying Information Technology (Procedure and Safeguards for Blocking of Access of Information by Public) Rules, 2009 ('IT Blocking Rules 2009'). In Part 2, we inspect the relevance of the case with respect to this aspect.

Much like Section 66A, Section 69A of the IT Act was also inserted through an amendment in 2009. Section 69A empowers the Central Government to direct any Central Government agency or intermediary to block public access to any information which is stored or disseminated over any computer resource. Such directions must only be issued in the interest of sovereignty and integrity of India, defence of India, security of the State, friendly relations with foreign States or public order or for preventing incitement to the commission of any cognizable offence relating to above. Therefore, Section 69A and the IT Blocking Rules 2009 empower the State to block public access to websites, web applications and other computer resources.

The constitutionality of Section 69A was challenged by the petitioners in Shreya Singhal v. Union of India on two main grounds. First, Section 69A lacked procedural safeguards present under Section 95 and 96 of the Code of Criminal Procedure, 1973 which empower the government to ban books. Second, the confidentiality requirement present under Rule 16 of the IT Blocking Rules 2009 allowed violation of fundamental rights in secrecy.

The Court summarily dismissed these arguments and held that sufficient safeguards were present under Section 69A and IT Blocking Rules 2009 to prevent arbitrary censorship. According to the Court, since the IT Blocking Rules 2009 provided for pre-decisional hearing and required issuance of reasoned orders in writing, the website blocking power under Section 69A was not susceptible to misuse like Section 66A. The Court further held that since reasons had to be recorded in writing, people could challenge website blocking orders under Article 226 of the Constitution by filing a writ.

Unfortunately, in its analysis of Section 69A and IT Blocking Rules 2009, the Court failed to appreciate that these provisions allowed censorship by executive fiat and the confidentiality requirement shielded the executive from any scrutiny of its actions. The Committee for Examination of Requests which recommends blocking of websites under the IT Blocking Rules 2009 consists entirely of bureaucrats and it does not have any independent members from the judiciary and civil society. Even the Review Committee which is supposed to be the final line of defence in the website process consists entirely of senior bureaucrats. The lack of independent members in these Committees has raised serious concerns about them effectively operating as a rubber stamp.

International human rights standards also caution against this kind of online censorship without any meaningful oversight. For instance, the UN Special Rapporteur for Freedom of Opinion and Expression, Mr David Kaye has repeatedly stressed on the need for any determination on what content is blocked must be undertaken with appropriate judicial oversight or overseen by a body independent of political, commercial, or other influences.

Moreover, the confidentiality requirement present under the IT Blocking Rules 2009 prevents individuals from accessing website blocking orders, and without access to these orders, it is very difficult to approach constitutional courts for relief. In this context the judgement is particularly disappointing when juxtaposed against the landmark 2011 Report of the former UN Special Rapporteur for Freedom of Opinion and Expression, Mr Frank La Rue. Among other things, the 2011 Report recognized arbitrary blocking or filtering of content as a threat to people's human rights and noted that blocking lists are often kept secret which makes it difficult to assess whether content is being restricted for a legitimate purpose. It also specifically expressed concern about regulatory mechanisms which censor online information through sophisticated multi-layered technical controls which are hidden from the public.

The secrecy in the website blocking process in India is further compounded by lack of compliance with principles of natural justice. While the IT Blocking Rules 2009 mandate notice and pre-decisional hearing prior to blocking of a website, this requirement is frequently ignored with government officials claiming they could not reach the website owner despite making reasonable efforts. Take for instance the blocking of a satirical website called Dowry Calculator in 2018, which has been challenged before the Delhi High Court. The website owner, Tanul Thakur, was never provided any notice or hearing prior to blocking of the website. Despite his name and Twitter handle being prominently visible on the website, government officials claim they were unable to serve him a notice because they could not find any information about his whereabouts. Even his RTI applications seeking a copy of the website blocking order were rejected by the Ministry of Electronics and Information Technology citing the confidentiality requirement under Rule 16 of the IT Blocking Rules 2009.

Such practices are in complete contravention of international human rights standards. For instance, the 2011 UN Special Rapporteur requires States to provide full lists of blocked websites along with details regarding the necessity and justification for blocking of each individual website. Moreover, affected parties should be apprised about why their content has been blocked by the State.

The original intent of Rule 16 was to preserve the anonymity of complainants whose safety may be jeopardized if their identity was revealed but it has created an opaque and unaccountable system of website blocking. The same principles of overbreadth and narrow tailoring which were applied by the Supreme Court to strike down Section 66A should be applied to Rule 16. In its present form, Rule 16 states that "Strict confidentiality shall be maintained regarding all the requests and complaints received and actions taken thereof." While it may be necessary to keep personally identifiable information of complainants confidential, there is no justification for denying access to website blocking orders issued by government officials. If these orders contain any personally identifiable information of complainants, such information may be redacted but copies of website blocking orders must be made available. Therefore, there is a need for courts to step in to either strike down or at least read down the confidentiality requirement under Rule 16.

In Shreya Singhal v. Union of India, the Supreme Court upheld the constitutionality of Section 69A and the IT Blocking Rules 2009 after a surface level examination of its provisions. However, if the Court had analysed Section 69A with the same depth and perispacity it demonstrated in the context of Section 66A, it may have arrived at a different conclusion. For future legal challenges against Section 69A and IT Blocking Rules 2009 to succeed, the petitioners and lawyers will now have to creatively work their way around the judgement in Shreya Singhal v. Union of India. However, the judgement does provide some pegs to hinge our hopes on. For instance, its recognition that a website blocking order may be challenged by filing a writ under Article 226 means that aggrieved individuals must be provided access to website blocking orders in the first place.

Before concluding, it is worth noting that Section 69A is not the only provision being used by the government to ban websites and mobile apps. For instance, in March 2019, the Gujarat Police issued orders under Section 144, Code of Criminal Procedure, 1973 banning a popular video game called PUBG and arrested 21 individuals for playing PUBG. The Temporary Telecom Suspension Rules 2017 have also been used by the governments of Bihar and Jammu and Kashmir to block websites. Regardless of the legal instrument being used, arbitrary website blocking violates the website owner's freedom of speech and expression and the public's right to receive information. However, the use of Section 144 and the Temporary Telecom Suspension Rules 2017 is worrying because they contain even fewer safeguards and limitations than Section 69A and the IT Blocking Rules 2009.

This article is Part Two of a three part series in commemoration of the five year anniversary of the Supreme Court of India's decision in Shreya Singhal v Union of India. In Part Three, we will discuss the judgement's reading down of Section 79 of the IT Act which provides a safe harbour for intermediaries.