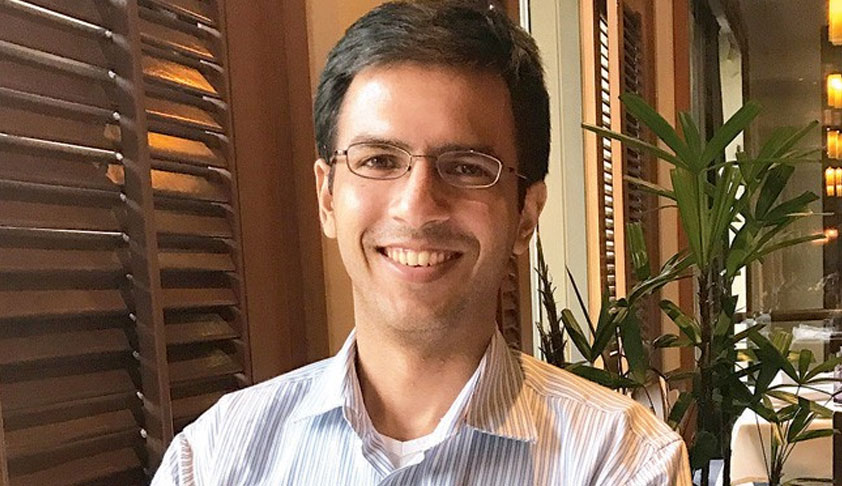 In State ofPunjab v. Davinder Singh (27 August 2020), a Constitution Bench of the Supreme Court headed by Justice Arun Mishra recently referred E.V. Chinnaiah v. State of AP, (2005) 1 SCC 394, to a larger bench for reconsideration. In Chinnaiah, the court had held that governments cannot introduce a special sub-quota, within the SC and ST quota, in favor a few castes or tribes who are...

In State ofPunjab v. Davinder Singh (27 August 2020), a Constitution Bench of the Supreme Court headed by Justice Arun Mishra recently referred E.V. Chinnaiah v. State of AP, (2005) 1 SCC 394, to a larger bench for reconsideration. In Chinnaiah, the court had held that governments cannot introduce a special sub-quota, within the SC and ST quota, in favor a few castes or tribes who are more backward than others on the list. Davinder Singh's judgment now disagrees with this view but raises some interesting questions.

In 1962, the State of Mysore issued an order reserving 50% of seats in medical and engineering colleges for OBCs. Within this 50% quota, 22% of seats were reserved for those OBCs who were "more backward" than others. Communities which were far below the average educational levels of the state were entitled to opt for the "more backward" sub-quota. In M.R. Balaji v. State of Mysore, AIR 1963 SC 649, a Constitution Bench of the Supreme Court held that this sub-classification of OBCs into backward and more backward was impermissible. The court said that Article 15(4) of the Constitution only allows reservation for the "really backward classes", while Mysore had given reservations to nearly 90% of its population by including not-so-backward communities in the list of OBCs. However, relying on Justice Chinnappa Reddy's eloquent judgment in K.C. Vasanth Kumar v. State of Karnataka, (1985) Supp SCC 714 (paragraph 55), the Supreme Court in Indra Sawhney v. Union of India, (1992) Supp (3) SCC 217, held that sub-classification was permissible among OBCs (Justice B.P. Jeevan Reddy- paragraphs 802, 843; Justice P.B. Sawant – paragraph 524). In other words, governments are now free to create sub-quotas within the OBC quota.

In Chinnaiah, the Supreme Court was considering the constitutional validity of the Andhra Pradesh Scheduled Castes (Rationalisation of Reservations) Act, 2000. Under Article 341 of the Constitution, the President notifies a list of Scheduled Castes for each state, which can thereafter only be modified by Parliament. The State of Andhra Pradesh divided this list into four categories, and conferred separate quotas on each group based on their inter se backwardness - Group A (1%), Group B (7%), Group C (6%), Group D (1%). The Supreme Court said that the state government could not do so. There was only one presidential list of SCs for the entire state, and since the government of Andhra Pradesh could not add or remove a caste from the list, it could not allot separate sub-quotas to various castes in the list either.

Relying on Ambedkar's speech in the Constituent Assembly, the Supreme Court in Chinnaiah hinted that if governments are given the power to sub-classify within the list of SCs specified by the President under Article 341, they might do so for political reasons – e.g., by conferring a generous sub-quota on a numerically large and politically important SC caste, to the exclusion of others. The court said that the object of Article 341 was to eliminate political factors in the identification of SCs, and the government had no power to "disturb" the presidential list. It was held that the SCs and STs specified in their respective lists form a class by themselves, and regrouping or reclassifying them violates the Constitution.

However, the problem with Chinnaiah was that it treated the entire list of SCs in a state as a homogenous category and presumed that each caste within the list was as backward as the other SCs. The court in Davinder Singh later noted that this was simply not true. There are several castes included within the presidential list of SCs in a state, but some of them may be ahead of others. Chinnaiah did not allow governments to take this into account and introduce sub-quotas for the more backward SCs and STs.

In State of Punjab v. Davinder Singh (2020), the Supreme Court was called upon to examine the validity of the Punjab Scheduled Caste and Backward Classes (Reservation in Services) Act, 2006. The law created a sub-classification within the SC community and said that 50% of the SC quota would go to the Balmikis and Mazhabi Sikhs in Punjab. In 2014, a bench of three judges of the court opined that Chinnaiah needed to be reconsidered by a larger bench. Now, a bench of five judges in Davinder Singh has asked for the case to go before an even larger bench.

The court relied on the 102nd amendment to the Constitution, passed in 2018, which introduced Article 342A into the Constitution. This provision says that the President must, in consultation with the Governors, prepare a list of socially and educationally backward classes (SEBCs) for each state, a list which can thereafter only be modified by Parliament. Reading this amendment, the Supreme Court said that the constitutional provisions which deal with identifying SCs, STs and SEBCs (i.e., Articles 341, 342 and 342A) are now "pari materia" – each group has a constitutionally recognized list which can only be modified by Parliament, and therefore, the court cannot disallow sub-classification within the SC and ST lists on the one hand, while allowing it in the SEBC list on the other. Instead, held the court, governments can use rational criteria to create a sub-quota within the SC or ST list as well.

The Implications of Davinder Singh:

However, the Davinder Singh judgment of the Supreme Court raises some important questions:

Firstly, does Davinder Singh dilute M. Nagaraj v. Union of India, (2006) 8 SCC 212 and Jarnail Singh v. Lachhmi Narain Gupta, (2018) 10 SCC 396? In Nagaraj and Jarnail Singh, a Constitution Bench of the Supreme Court had held that before the government introduces any reservations for communities other than SCs and STs, it must collect quantifiable data which show that those communities are, in fact, backward. No such data collection exercise is necessary for SCs and STs who are presumed to be backward once they are included within the lists under Articles 341 and 342 of the Constitution. After Davinder Singh, a view may be taken that once a community is set out in the list of SEBCs under Article 342A of the Constitution, it too is presumed to be backward and no such data collection exercise is thereafter necessary to show that the community continues to be backward.

Secondly, in the recent Maratha reservations case [Dr. Jishri Patil v. Chief Minister of State of Maharashtra, (2019) SCC Online Bom 1107 (paragraph 110)], a Division Bench of the Bombay High Court had held that Article 342A(2) contemplates two lists of SEBCs – a central list and a state list, and that the state list of SEBCs is unaffected by the amendment. In other words, Article 342A only applies to the central list of SEBCs – state governments are free to prepare and modify their own list of SEBCs. If this is correct, then Article 342A is not "pari materia" with Articles 341-342, contrary to what was held in Davinder Singh. There is no separate central and state list of SCs and STs. On this interpretation of Article 342A, the Chinnaiah court would have reasoned that sub-classification is permissible within the state list of SEBCs, but not in the central list under Article 342A, because states are free to modify their own lists of SEBCs, but not the central list constitutionally prepared by the president. The court in Davinder Singh has not taken these arguments into account.

Thirdly, the judgment in Davinder Singh seems to have said that sub-classification within the list of SCs and STs should only be carried out by state legislatures, not by the executive government. It has been a well-settled principle of constitutional law, since Indra Sawhney's case, that reservations can be brought about not merely through legislation but also by executive order. In Indra Sawhney, the Supreme Court mostly upheld an executive order which gave effect to the Mandal Commission report. However, in paragraph 43 of the Davinder Singh judgment, the Supreme Court has said that state legislatures are competent to create sub-classifications within the lists of SCs, STs and SEBCs. Did the court mean to say that sub-classification is not permitted by executive order? This may need clarification.

Finally, it is also now perhaps time for us to reconsider whether a judgment can only be overruled by a bench of larger strength. Look at the time that has been wasted in constituting larger benches in this case. A three-judge bench opined in 2014 that Chinnaiah needed reconsideration. A five-judge bench has, in August 2020, agreed and asked for a reference to an even larger bench. Will it take another six years for the larger bench to overrule (or uphold) Chinnaiah? In a system afflicted by backlog and delay, this is a rule that we can easily do without. It makes little sense – a bench of 7 judges can, by a slim 4-3 majority, overrule a unanimous judgment of five judges. In other words, four judges (in a 7 judge bench) can overrule the unanimous opinion of five judges in Chinnaiah. When a case has been decided by five or more judges, there is no reason why a bench of coordinate strength should not be able to overrule it.

(The writer is an advocate at the Bombay High Court and the author of Republic of Religion: The Rise and Fall of Colonial Secularism in India (Penguin 2020))