Postscript: The Supreme Court's Problematic Order In The Karnataka Case 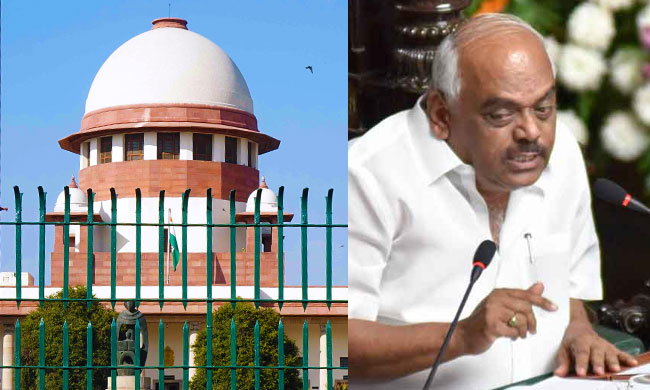 Yesterday, I wrote that the ongoing Karnataka controversy represents a breakdown of constitutional conventions. This breakdown creates a space for inevitable judicial intervention – but a space that is fraught with risk for the Court. In fashioning a remedy, the Court ought to make it as difficult as possible for the warring political functionaries to subvert constitutional conventions,...

Yesterday, I wrote that the ongoing Karnataka controversy represents a breakdown of constitutional conventions. This breakdown creates a space for inevitable judicial intervention – but a space that is fraught with risk for the Court. In fashioning a remedy, the Court ought to make it as difficult as possible for the warring political functionaries to subvert constitutional conventions, while leaving the final solution to the existing democratic processes.

Today morning, the Court passed an order in the case. Noting that it had to maintain a "constitutional balance between the competing and conflicting rights", it refrained from issuing any directions to the Speaker to decide upon the resignation and disqualification petitions. However, the Court also held that "until further orders the 15 Members of the Assembly, ought not to be compelled to participate in the proceedings of the ongoing session of the House and an option should be given to them that they can take part in the said proceedings or to opt to remain out of the same."

In an article on Livelaw, Manu Sebastian has written that this second part of the order effectively conflicts with the Tenth Schedule, as it effectively authorises the rebel MLAs to disregard the party whip. That point aside, does the order meet the two-part test set out above – of allowing the democratic process to decide the issue, while making its subversion more difficult? On the first count, it certainly does, a point made particularly evident by the Court's own observation that there is a trust vote scheduled for tomorrow.

On the second point, however, I would argue that the Order comes up notably short. The Court's attempted "balance" is to give both parties freedom to act: the Speaker has the freedom to decide on the petitions, while the rebel MLAs have the freedom not to attend the proceedings of the House. However, on closer scrutiny, this balance is not a balance at all, as the second part of the order – on the issue of attending the proceedings of the House – effectively and presumptively holds the resignations to be valid until and unless the Speaker decides otherwise. This is because it is only if the resignations were valid would the party whip – and thereby the Tenth Schedule – cease to apply. In all other circumstances, the rebel MLAs defiance of the whip would be subject to disqualification under the Tenth Schedule.

The matter grows murkier when we consider the fact that the Court expressly notes in its order that its "balance" is occasioned by the fact that there is a trust vote tomorrow. This being the case, the Court's apparent granting of freedom to the Speaker becomes effectively chimerical: because the whole point is that the ruling combine is likely to lose its majority in the circumstances that the rebel MLAs are able to defy the party whip without being disqualified – which is precisely what the Court's order allows. In effect, therefore, the Order – while purporting to grant the Speaker unlimited time – effectively grants the Speaker time until the trust vote to decide, after which any decision the Speaker makes will, for all practical purposes, be infructuous.

As I had mentioned in my last post, the two subversions of constitutional conventions at stake here are the Speaker abusing his powers on the one hand, and large-scale horse-trading on the other. The Supreme Court's order, unfortunately, is framed in a way that makes the former far more difficult (in a similar manner to how the Supreme Court fettered the governor's ability to abuse his powers the last time around), but at the same time, actively allows for the facilitation of the latter, by judicially noting that the rebel MLAs "ought not" to be subjected to the party whip.

This, it should be obvious, is no balance at all.

Gautam Bhatia is a lawyer practicing in Supreme Court of India. This article was first published here