The Micro, Small And Medium Enterprises Development Act, 2006 - A Subject Of Increasing Misuse 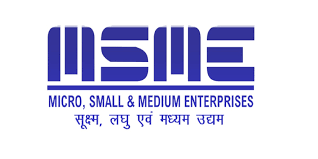 The small scale sector plays an important role in the development of the Indian economy, by providing employment and facilitating growth of the industrial sector, while requiring a relatively small amount of initial capital investment. A substantial contribution is made by this sector to industrial output and exports. By some estimates there were in excess of 19.40 lakh such in the...

The small scale sector plays an important role in the development of the Indian economy, by providing employment and facilitating growth of the industrial sector, while requiring a relatively small amount of initial capital investment. A substantial contribution is made by this sector to industrial output and exports. By some estimates there were in excess of 19.40 lakh such in the year 1990-1991. In the early 1990's, Parliament recognising the importance of this sector and in order to provide succor to small scale industrial units, enacted the Interest on Delayed Payments to Small Scale and Ancillary Industrial Undertakings Act, 1993[2]. Realising the fact that the survival of such units and their capacity to continue operations, depends on a timely and cost effective mechanism for realization of amounts due to them by buyers, the Act despite consisting of a mere 11 sections, brought into force a robust mechanism for a fast tracked process of adjudication of a claim by a small scale unit seeking recovery of amounts due to it in respect of supplies of goods or services and payment of compound interest on such amounts.

In the latter half of the succeeding decade, the 1993 Act was replaced by its alter ego, The Micro, Small and Medium Enterprises Development Act, 2006[3]. The stated object of the 2006 Act, is to facilitate the promotion, development and enhancing the competitiveness of micro, small and medium enterprises. With some minor modifications, the 2006 Act, continued in the same vein as its predecessor and constituted a regime which contemplated, inter alia, the formulation of provisions and policies aimed at fostering development of the sector (Sections 9 to 14); the classification and registration of units as micro, small or medium, based upon the investment made in plant and machinery (Section 2 (n), Section 7 (1)(a) and (b) and Section 8); the constitution of a body known as the Facilitation Council (similar to the one under the 1993 Act) (Section 7(2)) for receiving claims arising out of non-payment of dues, scrutinizing them and if so merited, referring them for settlement, in the first instance by conciliation and in the event of failure thereof, by reference to arbitration, to be conducted in accordance with the provisions of the Arbitration and Conciliation Act, 1996 (Sections 15 to 18). The 2006 Act also stipulates the payment of compound interest in the event of failure to make a payment, without justifiable cause, within the contractually agreed time period (Section 16). The Act makes provision for the deposit of 75% of the awarded amount, as a pre-condition for entertaining a challenge to the award (Section 19).

However, experience reveals that the legislative intent of providing a forum for expeditious resolution of claims, has run into rough weather, owing to an over anxious approach adopted by Facilitation Council's, of making rampant references of disputes, acting under the erroneous premise that each dispute brought before them, must be entertained and referred for arbitration under the Act and a refusal to do so would be inimical to development of the small scale sector. Furthermore, this anxiety has been transmitted down the chain even to the arbitral fora, and resultantly the adjudicatory process is now heavily stacked against buyers, who are viewed with suspicion, the moment a dispute arises and the process which is meant to be unbiased and impartial, has instead degenerated in most cases to a virtual recovery mechanism of claims, paying scant regard to a genuine defenses that buyers may have, all of which are brushed aside in the single minded endeavour to deliver an award favourable to the claimant. Such a myopic approach not only does disservice to the intention of the legislature as evident from the safeguards built into the Act, but is also counter- productive to the development of sector itself, in as much as by sanctioning misuse of the beneficial provisions of the Act by units which are otherwise not entitled to seek recourse thereunder, an adverse impression is created amongst buyers even qua genuine units, which are eligible to protection thereunder.

Facilitation Councils, which are the bodies of first instance under the Act, have unfortunately, started making en masse references to arbitration, without due and proper application of mind to issues such as, locus standi of the applicant, factors affecting the maintainability of the claim etc. I will deal with some of these issues, which are impeding proceedings under the Act.

Who can maintain a claim under the Act?

A reading of the 2006 Act reveals that in order to be eligible to institute a claim seeking the payment of money, for goods supplied or services rendered, a unit is required to satisfy several criteria. These criteria have formed the subject matter of judicial interpretation by Courts across the country. With some minor departures, the consensus of judicial opinion has laid down certain principles, which are summarized hereinafter.

Therefore, in order to have locus to institute a claim, an enterprise must have filed a memorandum, prior to execution of the contract and commencement of supplies or at the very least atleast during the currency thereof, and its investment in plant and machinery for the enterprise as a whole (i.e. all units cumulatively) must be within the limits specified.

Is a contractually stipulated remedy nullified?

A note of caution!

In conclusion, authorities charged with the implementation of the Act, must necessarily abide by the letter and spirit of the provisions thereunder and steer clear of the urge to broaden and expand the width of their jurisdiction, and must actively discouraging specious and speculative claims, which do not strictly fall within the scope of the statutory provisions as interpreted judicially. The creation of bodies such as the Facilitation Councils, which are vested with certain quasi-judicial functions, must resist the temptation to act as recovery agents or the mouthpiece of the applicant / seller and must not invoke or exercise jurisdiction, contrary to settled principles, under the erroneous belief that, failure to do so, would hobble the development of the small scale sector. In fact, if anything, it is the converse situation that is true and if that were to happen, the antidote may well become a greater headache than the malaise it seeks to cure!

Author is a practicing Advocate