The Silence Of The Rajya Sabha 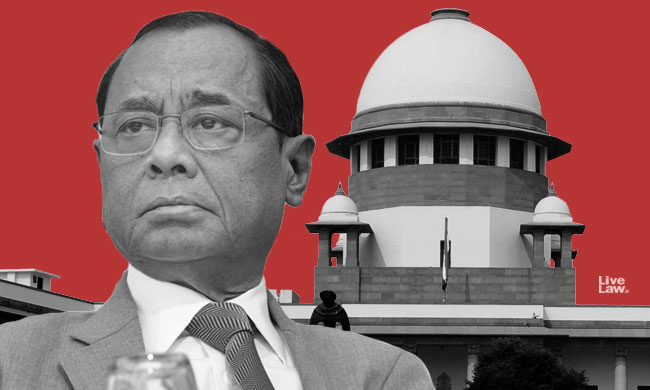 x
The CJI's innocence or guilt can be established only after a fair inquiry and it would not be an exaggeration to say that after the battering to its reputation over the last two weeks, the Supreme Court needs this inquiry as much as the complainant.
Your free access to Live Law has expired
To read the article, get a premium account.

The events of the last few weeks, starting with the allegations of sexual harassment and abuse of power against the Chief Justice of India Ranjan Gogoi, have shattered the credibility of the Supreme Court in the eyes of even its most ardent admirer.

The failure of the Supreme Court to accommodate the complainant's requests, on the grounds that it is following procedure established by precedent, is causing as much damage to the court's credibility as the substance of the complainant's allegations. For far too long, the Supreme Court has played fast and loose with the requirements of procedural fairness. It cannot now claim refuge behind its precedents and resolutions to follow an in-house inquiry system that lacks credibility in the eyes of most observers.

The fact that the Supreme Court is unable to take corrective action from within should not surprise us. It takes extraordinary courage for insiders to speak truth to their peers while in office and save for a few brave men in the past, like Justice Chelameshwar, there appear to be not a single judge within the Supreme Court who is demanding change. But then again, our system of democracy never expected institutions to be accountable to themselves. In our system of checks and balances,the judiciary is accountable to Parliament. The Constitution is very clear on the fact that Parliament can investigate judges of the Supreme Court and High Courts after following the procedure laid down in the law.

Unlike the 'in-house' procedures of the Supreme Court, the procedure laid down under the Judges Inquiry Act, 1968 ensures a greater degree of transparency and fairness than permitted by the Supreme Court's own in-house mechanism. As per the Judges Inquiry Rules, 1969 the evidence by each witness will be recorded in writing and a copy of the evidence will be tabled before Parliament as will the final report of the Inquiry Committee. The Inquiry Committee itself will consist of 3 members selected by the Speaker or Chairperson. To initiate the process under the Judges Inquiry Act, 50 members of the Rajya Sabha or 100 members of the Lok Sabha have to present a motion to either the Chairperson or Speaker of the respective houses.

While the government has rather boorishly pre-judged the allegations and cannot be expected to move a motion demanding an inquiry, history tells us that it is usually the Opposition that has taken the lead in seeking investigations into misconduct by judges.

The first ever impeachment motion against a sitting judge, which was in 1991 against Justice V. Ramaswami was moved by the CPI(M) and BJP in the Lok Sabha, both of whom were in the opposition when Chandra Shekhar was Prime Minister leading a lame-duck government with outside support from the Congress Party. The 3 impeachment motions moved since 1991 were all moved in the Rajya Sabha.

In 2009, the motion of impeachment against Justice P.D. Dinakaran on the grounds of corruption was spearheaded by parties in the Opposition lead by the CPI(M), BJP, SP, JD(U), TDP, AIADMK and the BSP. Cumulatively 76 members of the Opposition in the Rajya Sabha signed that motion.

In 2011, the motion for an inquiry into allegations of financial misconduct against Justice Soumitro Sen's was initiated by Sitaram Yechury who was in the opposition in the Rajya Sabha as a member of the CPI(M). That motion was supported by several from the BJP, including Murali Manohar Joshi, Arun Jaitley, Sushma Swaraj and SS Ahluwalia. That motion was moved by 57 members of the Rajya Sabha.

The failed motion for inquiry against Chief Justice Dipak Misra last year, in 2018, was moved by 7 opposition parties, which included the Congress. A total of 65 Rajya Sabha MPs signed that motion.

In other words, the last 3 impeachment motions were moved by the Opposition in the Rajya Sabha.

The nature of the allegations

While nobody expects the members of the Lok Sabha to be moving an impeachment motion amidst election season, one does wonder about the silence of the members of the Rajya Sabha especially those in the Opposition. There are many fine men and women in the Opposition in the Rajya Sabha, including some who practice law before Chief Justice Ranjan Gogoi. Do they not think of it as their constitutional duty to hold the judiciary accountable? At the very least they owe us voters a public inquiry under the Judges Inquiry Act, 1968.

The CJI's innocence or guilt can be established only after a fair inquiry and it would not be an exaggeration to say that after the battering to its reputation over the last two weeks, the Supreme Court needs this inquiry as much as the complainant.

Let me conclude with that cliché of a quote attributed to Edmund Burke, "The only thing necessary for the triumph of evil is for good men to do nothing".

(The writer works on Judicial Reforms at the Vidhi Centre for Legal Policy. Views are personal)