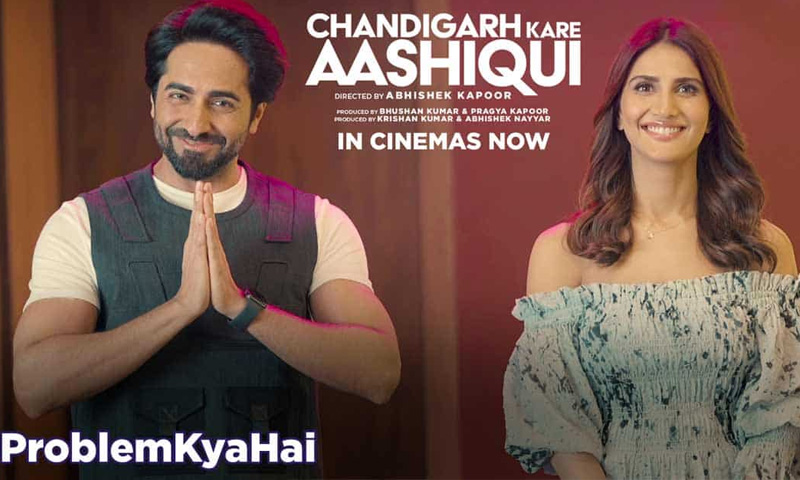 Why must I always have to leave? I left my school, my home, my city….. I don't want to run away anymore. I am what I am and I am not ashamed of it. These dialogues which appeared in a recently released Bollywood movie Chandigarh Kare Aashiqui directed by Abhishek Kapoor, is one of the striking dialogues from the movie where it portraits how transgender's life is pushed...

Why must I always have to leave?

I don't want to run away anymore.

I am what I am and I am not ashamed of it.

These dialogues which appeared in a recently released Bollywood movie Chandigarh Kare Aashiqui directed by Abhishek Kapoor, is one of the striking dialogues from the movie where it portraits how transgender's life is pushed aside for the prevailing hegemonized binary "female" or "male" to reign. Here the female lead character named Maanvi, a fighter makes it clear that she is not willing to succumb anymore. This squarely reflects the words of Julia who said 'In trans woman's eyes, I see a wisdom that can only come from having to fight for your right to be recognized as female, a raw strength that only comes from unabashedly asserting your right to be feminine in an inhospitable world.' [1] The story travels not in a remote place in India, but in a modern city like Chandigarh , amongst highly educated well-to-do families. The movie narrates how a brawny cisgender man, Manu Munjal falls in love with Maanvi, how they get closer and happily enjoy even physical intimacy till the moment when Manu comes to know 'she' was 'he' before sometime. The plot then takes us to the 'normal' reaction of our society, how Manu feels betrayed and his desire to have something 'normal' is ruined. At this juncture one is reminded of the words of the feminist scholar Nivedita Menon who said that 'the hegemonic understanding of the human body is explicitly and unambiguously male or female, pushing large number of bodies that does not fit this binary to be understood as diseased or disordered in some or the other way'.[2] The movie depicts the hard reality that isolation and ostracization starts from one's own home; here even her mother disowns her considering her to be a shame on them. Fortunate is Maanvi, for having a strong father who supports her to fight all odds with unconditional love and support and who even calls her a 'pride'. Maanvi unlike many transgender was financially sound and that enabled her to correct her clinical issue through Sex Re-assignment surgery (SRS) and thereby could establish her identity. The most convincing part of the movie is that Manu admits his ignorance regarding how it is to be a transgender and genuinely attempts to unpack the subject in depth. Moreover, what was disturbing the entire family of Manu was his marriage to a woman who was not 'original' to them. Here we need to pause to understand how toxic the prevailing heteronormativity is. This reveals how perverse things are despite the fact that being a transgender is a biological issue as rightly pointed out in the judgment of Arun Kumar v. InspectorGeneral Of Registration[3].Scientists have shown that during fetal development, different aspects of sexuality are set in motion in parallel: sexual morphology (external anatomy), sexual identity (what you see yourself as), sexual orientation (what sex you are attracted to), and sexual body image (your brain's internal representation of your body parts). Normally these harmonize during physical and social development to culminate in normal sexuality, but they can become uncoupled, leading to deviations that shift the individual toward one or the other end of the spectrum of normal distribution. Hence clarifying that sex and gender are not one and the same.[4] A person's sex is biologically determined at the time of birth. Not so in the case of gender.

In India the outcry against the discrimination towards transgender all began when the queer activists through NGO's started raising voices in the early 1990's visibly through counter-heteronormative trends, to specifically mention during the peak of AIDS awareness campaign.[5] They occupied streets, organized events and even knocked the doors of court demanding the repealing of Sec 377 of The Indian Penal Code, which reads "Whoever voluntarily has carnal intercourse against the order of nature with any man, woman or animal, shall be punished with imprisonment for life, or with imprisonment of either description for a term which may extend to ten years, and shall also be liable to fine. Again a colonial aberration, this offence was an easiest mode to attack the transgender. Over the years it was the Indian judiciary that made remarkable developments through its wisdom to address the plight of this voiceless community. The historic Delhi High court judgment through Naz Foundation v. Government of NCT of Delhi[6], lead to radical transformation in the queer politics in India. In this judgment the honorable Delhi High Court held that Section 377 IPC, cannot be used to punish sex between two consenting adults as this violates the right to privacy and personal liberty under Article 21 of the Constitution. The Court held that classifying and targeting homosexuals violates the equal protection guaranteed under Article 14 of the Constitution. Section 377 thus violated human dignity which forms the core of the Indian Constitution. But, the Supreme Court reversed the Delhi High Court verdict in 2013 in Suresh Koushal v. Naz Foundation[7] and held that the decision of decriminalizing homosexuality can only be done by the Parliament and not by the Court. It also held that Section 377 criminalizes certain acts and not any particular class of people. Later in 2017, a 9 judge bench of the Supreme Court in K.S. Puttaswamy v Union of India [8] , famously called the privacy judgment, unanimously ruled that the Constitution established a fundamental right to privacy creating a zone of personal autonomy within which the State cannot intrude. Some of the judges openly doubted the correctness of the Suresh Kumar Koushal judgment. The judges led by Justice Chandrachud who stated that the right to privacy and the "protection of sexual orientation lie at the core of the fundamental rights guaranteed by Articles 14, 15 and 21 of the Constitution" laid the jurisprudential foundation for the Navtej Singh Case. Indeed the error occurred through Suresh Koushal case was corrected by the Supreme Court through Navtej Singh Johar v. Union of India[9] by declaring that "Criminalisation of consensual carnal intercourse, be it amongst homosexuals, heterosexuals, bi-sexuals or transgenders, hardly serves any legitimate public purpose or interest and it abridges both human dignity as well as the fundamental right to privacy and choice of the citizenry, howsoever small. The Apex court went on to say that sexual orientation is an essential and innate facet of privacy, the right to privacy takes within its sweep the right of every individual including that of the LGBT to express their choices in terms of sexual inclination without the fear of persecution or criminal prosecution."

The broader question that we need to answer is as we as a society broadened enough to accept the fact that there exist a non- binary apart from the rigid division of human body as male and female. Unfortunately, we have a different story, the story that narrates how our country failed several times when it comes to gender justice despite having gender based laws. The rising atrocities against women, children, transgender and people with different sexual orientation shake the very conscience. It is not that the laws are inadequate to address the issue, but it is the enforceability of those laws that goes missing. The magic wand that can help us in this juncture is nothing else but sensitization. The Transgender (Protection of Rights) Act 2019 , the only legislation prevailing in India to protect transgender, under Sec (7) provides that the appropriate Government shall provide for sensitization of institutions and establishments under their purview, including teachers and faculty in schools and colleges, changes in the educational curriculum to foster respect for equality and gender diversity and sensitization of healthcare professionals. Indeed the change should start from our homes where our transgender need to be recognized, acknowledged and supported for their difference then to the larger society where they are treated as equals. I hereby wish to conclude with the words of Juno Dawson [10]' who said "Remember this, whoever you are, however you are, you are equally valid, equally justified, and equally beautiful."

So as the said movie ended, let love triumph!

The author is an Advocate at the High Court of Kerala and former Asst Public Prosecutor, Govt of NCT of Delhi. Views are personal.