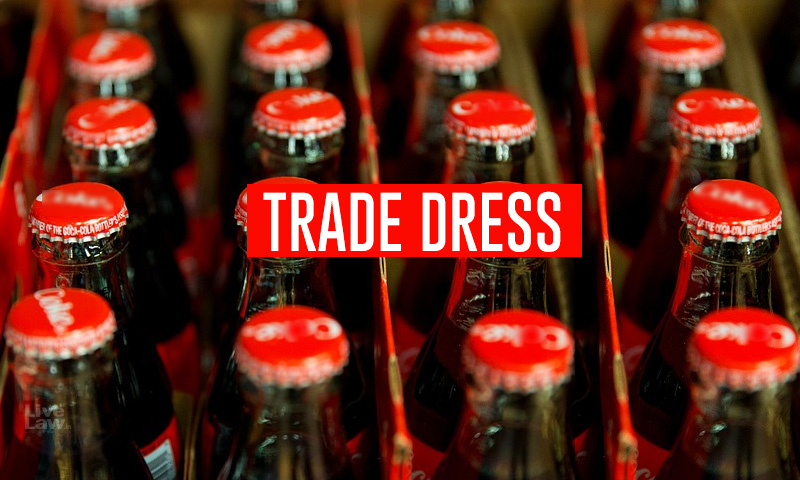 Trade Dress is a form of intellectual property. Trade Dress is the characteristics of the visual appearance of a product or its packaging (or even the design of a building) that signify the source of the product to consumers.[1] The concept of Trade Dress is recognised by US law under Section 43(a) of the Lanham Act, a federal statute which regulates trademarks and trade dress. However,...

Trade Dress is a form of intellectual property. Trade Dress is the characteristics of the visual appearance of a product or its packaging (or even the design of a building) that signify the source of the product to consumers.[1] The concept of Trade Dress is recognised by US law under Section 43(a) of the Lanham Act, a federal statute which regulates trademarks and trade dress. However, the term Trade Dress is not specifically mentioned under any Indian statute. All aspects of the concept of Trade Dress are covered under Section 2 (m) of the Trade Marks Act, 1999 which is the definition of "Trade Mark" or "mark" read with Section 10 which provides protection to the colours and/or combination of colours. The law of Passing Off also protects Trade Dress.

The Bombay High Court has recognised the concept of Trade Dress in the matter of Merwans Confectioners Pvt. Ltd. vs. M/s. Sugar Street & Ors. In the aforesaid case, Merwans prayed for grant of an interim injunction against Sugar Street from using Merwans' trade dress and/or any products bearing its distinctive trade dress deceptively similar to that of Merwans' registered trade mark including Merwans' distinctive trade dress for the purpose of passing off the products/articles/goods sold from Sugar Street's shop as that of Merwans and for various other reliefs.

The facts of the case before the Bombay High Court are briefly summarized as follows. Sugar Street was a Franchisee of Merwans from the year 2015 to 2019. The Franchise Agreement was terminated by Merwans viz Notice. Thereafter, Sugar Street claimed to have refurbished their shop and stocked their shop with goods from a new supplier of bakery products.

The issue that arose before the Court was whether the trade dress of Merwans was continued by Sugar Street in the shop while carrying on its business and if so, whether there was any infringement of the mark claimed by Merwans.

Merwans had alleged that both the parties are engaged in similar line of business/products common to bakery and they are both dealing with goods similar in nature. Merwans had alleged that despite termination of the Franchise Agreement, Sugar Street had dishonestly continued the same business at the same place with the same décor, lay out, design i.e. trade dress distinctive, identified and associated with Merwans only and were thus passing off the bakery products now being retailed by Sugar Street as that of Merwans by using the trade dress of Merwans thereby causing confusion and deliberate deception to the public at large. Merwans submitted that the products/articles of Sugar Street though being of similar nature, pertaining to backing have no connection, whatsoever, with Merwans whose distinctive trade dress, reputation and goodwill is being dishonestly used by Sugar Street.

The Court viz Order dated 18th November 2019, appointed a Court Commissioner to visit Sugar Street's shop to take photographs and submit a report regarding the status of the trade dress presently in use and the products bearing such trade dress. The Learned Court Commissioner submitted his report dated 26th November 2019, together with photographs.

After taking into consideration the Learned Court Commissioner's report alongwith the photographs annexed to it as well as various photographs and other documents produced by both parties, the Court held that prima facie there was no likelihood of any confusion or deceptiveness in the minds of any customers of Merwans that the products sold by Sugar Street in the shop were the products of Merwans.

The Court relying upon the report and photographs annexed to it, made detailed observations as follows:

In the case of La Opala R.G. Ltd. Vs. Cello Plast & Ors.[2] the Calcutta High Court has adverted to the judgment in the case of Eicher Goodearth Pvt. Ltd. v. Krishna Mehta and Ors.[3] and inter alia held that a product feature whose only impact is decorative and aesthetic with no source identifying role, cannot be given exclusive rights under trade dress law. It is the likelihood of confusion with the total overall trade dress that is the test. The Court is not required to find out whether there is confusion or deceptiveness. The test is whether there is likelihood of confusion or deceptiveness in the minds of unwary customers irrespective of dissimilarities in the trade name.

The Court was therefore, of the prima facie view that the customers of Merwans would not be confused while visiting the shop of Sugar Street and would not carry an impression that the products sold by Sugar Street in the shop were that of Merwans.

The Court has recorded that both the parties are engaged in similar line of business/products, common to bakery. The Court has observed that it is not the case of Merwans that after the date of termination of the Franchise Agreement, Sugar Street has continued to sell the products of Merwans in the shop run by Sugar Street. Court recorded that there was no provision in the Franchise Agreement that after the date of termination Sugar Street would not be permitted to carry on any business of similar nature by purchasing those products from other suppliers in the market.

As the world moves towards globalisation and India looks towards encouraging more foreign investment, the need of the hour for India is to frame laws which are clear and specific. Trade dress is an ideal way to secure the distinctiveness of a brand. As instances of infringement of trade dress are rapidly increasing, it is imperative that the Trade Marks Act, 1999 be amended to the extent that the term "Trade Dress" is clearly defined and made exhaustive and inclusive.