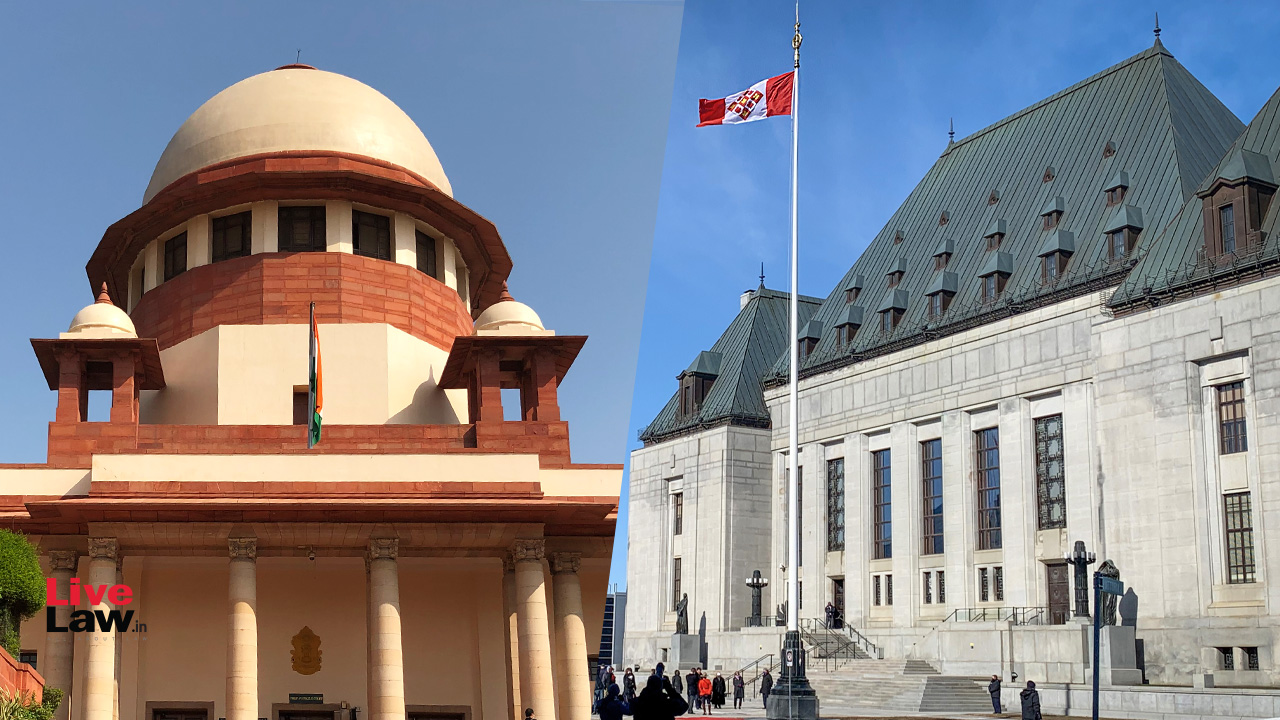 India and Canada were both historically British colonies, which later grew up to be mature democracies, and the similarities between the two "long last cousins", have been an area of interest for a long time. Over the last half-century, the Apex courts of the two countries have developed unwritten constitutional principles which are strikingly similar, with principles like 'rule of law', 'federalism', 'and separation of power', 'democracy', et al, being sacrosanct principles in interpreting both the constitutions. The Indian court had developed the 'basic structure doctrine in the 1970s to include some non-negotiable basic principles; the Canadian court has anointed the above-mentioned principles as Canada's unwritten constitutional principles. There is not only a similarity in the manner these unwritten principles are used as a test for checking the constitutionality of legislations and striking them down but also the way these principles are applied in cases related to "amendment and the amenability of the constitutional text.".

The foremost use of unwritten constitutional principles in Canada was in the Alberta Press Case where the Supreme Court of Canada utilized the "Implied Bill of Rights" in protecting the basic political freedom of speech of the press. The Canadian Charter of Rights came into force in 1985, which marked a new dawn in the Canadian Constitutional order, and the Supreme Court of Canada left no stone unturned in interpreting the provisions of the charter by employing new and developing unwritten constitutional principles. Justice Antonio Lamer in Reference re B.C. Motor Vehicle Act, the Supreme Court had to review the constitutionality of the "British Columbia (B.C.) provincial law authorizing imprisonment for an absolute liability offence". The court interpreted Section 7 of the Charter and included the right to "not be deprived of life, liberty, or security of the person, except in accordance with the principles of fundamental justice" in the guarantees mentioned under Section 7. The use of unwritten constitutional principles continued developing till the 1980s. In the landmark case of Operation Dismantle v. The Queen, Justice Wilson exclaimed that Section 1 of the Charter has to be interpreted in a manner that it embodies "a free and democratic society the essential features of our constitution including the separation of powers, a responsible government, and the rule of law". Till 1996, 'separation of power' was the only principle that had been used to decide a case. The court used this fundament unwritten principle in Reference re Remuneration of Judges ofthe Provincial Court to formulate another extremely important unwritten principle of the 'independence of the judiciary', in 1997. The following year, in the historic Reference Re Secession of Quebec which had raised certain vital questions relating to the secession of Quebec from Canada, the aftermath of the Quebec referendum of 1995, the court established four principles that it identified as "underlying the written text of the Constitution, namely democracy, federalism, respect for minorities, and the rule of law". The Canadian Supreme Court in this case had stated that "Our Constitution is primarily a written one…but behind the written word is a historical lineage stretching back through the ages, which aids in the consideration of the underlying constitutional principles. These principles inform and sustain the constitutional text: they are the vital unstated assumptions upon which the text is based. Although these underlying principles are not explicitly made part of the Constitution by any written provision…it would be impossible to conceive of our constitutional structure without them…Underlying constitutional principles may in certain circumstances give rise to substantive legal obligations…which constitute substantive limitations upon government action. The principles are not merely descriptive, but binding upon both courts and governments."

In India, the need for unwritten constitutional principles was first felt while deciding the interaction of Parts III with Part IV of the Constitution, with the power to amend the Constitution mentioned in Part XX, which later gave birth to the Basic Structure Doctrine. According to Upendra Baxi, in the early years of independence, in which "the leading lights in Parliament and on the Supreme Court had all participated in the framing and shared the same basic understandings of the new constitutional order", this "basic understanding" was India's first unwritten constitution. The basic structure doctrine is nowhere written in the constitution of India, it was developed gradually by the Apex court of the country to protect the basic right so the people and the ideals enshrined in the constitution. In the case of Kesavananda Bharti v. the State ofKerala, Justice Khanna upheld the validity of the 24th Constitution Amendment Act and interpreted Article 368 in a manner that a "middle ground" could be reached between the two positions in the notion that the use of the word "amend" in Article368. Justice Khanna ruled that "The word "amendment" postulates that the old constitution survives without loss of its identity despite the change and continues even though it has been subjected to alterations." The question that arose here was how was it to be determined that the "existing constitution has been retained in an amended form and not done away with." Justice Khanna to this answered that "retention of the basic structure or framework of the old constitution," which meant that "it is not permissible to touch the foundation or to alter the basic institutional pattern". Thus, a limit was imposed on the Parliament's power under Article 368. The principles of federalism, separation of powers, secularism, rule of law and judicial independence were agreed upon by the seven judges in the majority as principles that form part of the basic doctrine. The basic structure doctrine faced its "first real test" during the emergency period, one of the darkest times in post-independence India in the case of Indira Gandhi v. Raj Narain, where the court declared the Thirty-Ninth Amendment to be unconstitutional due to its inconsistency with the newly developed basic structure doctrine, hence reaffirming the concept. In the case of Minerva Mills v. Union of India, in which the constitutionality of the Forty-Second Amendment of 1967 was under review, the doctrine of judicial review and balance between Fundamental Rights and Directive Principles were further included to be a part of the basic structure. In 1992, with the cases of Kihoto Hollohan v. Zachillhu and Ors. And IndiraSawhney vs. Union of India, the principles of 'free and fair elections' and 'rule of law' were added to the basic structure. The Supreme Court in the case of S.R.Bommai v. Union of India held that the "failure of several state governments to treat all religious communities equally during the communal violence that erupted following the demolition of the Babri Mosque by Hindu extremists in 1992 was a violation of the basic structural principle of secularism."

The author is a student at Institute of Law, Nirma University. Views are personal.