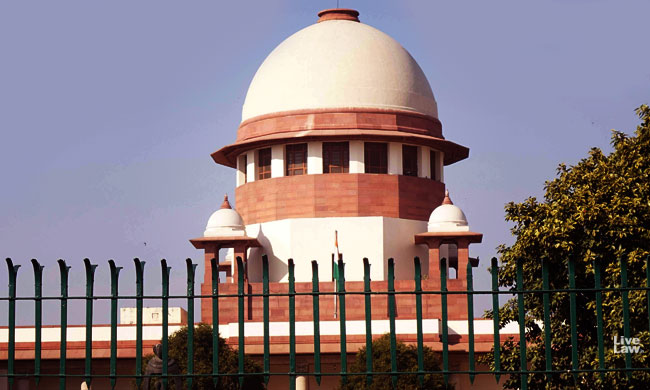 In an interesting non-reportable judgment i.e., CITU v State of Maharashtra, the Supreme Court, in a 3-judge combination, has held as follows: "We are of the considered view that though normally in such a case a judicial inquiry should have been conducted but as far as the present case is concerned, more than a quarter of century has elapsed since the first PPA was executed. The...

In an interesting non-reportable judgment i.e., CITU v State of Maharashtra, the Supreme Court, in a 3-judge combination, has held as follows:

"We are of the considered view that though normally in such a case a judicial inquiry should have been conducted but as far as the present case is concerned, more than a quarter of century has elapsed since the first PPA was executed. The foreign corporation and the original project proponents are no longer available. Most of the senior officials would have retired and virtually no action can be taken against them"

In a nutshell, the facts of the case are that the petitioner Trade Union had challenged execution of Power Project Agreement (PPA) and the modified PPA, first of which was executed in 1993 by Maharashtra State Electricity Board (MSEB) in favour of one Dabhol Power Corporation Limited (DPC) before the Bombay High Court. The high court though reached a conclusion that the action of MSEB and the state government was questionable and everything was not above the board, it dismissed the writ petitions on the ground that petitioner union was unable to provide material justifying allegations as regards corruption, bribery, fraud and misrepresentation.

The petitioner approached the Supreme Court which issued a limited notice on 02.05.1997 to locate the accountability of the State of Maharashtra in the matter on account of the inconsistent stand taken by it from time to time. The court also refused to grant leave in so far as the question of the validity of the project and contract for DPC was concerned. The matter stood pending in the Supreme Court for 22 years.

During the pendency of the said SLP, three major events happened. One Godbole Committee was constituted by the State of Maharashtra [accountability of whom was under judicial scrutiny], which submitted a report in April 2001 indicating serious infirmities in the matter. However, there was a difference of opinion in recommending the appointment of a judicial commission of inquiry under the Commission of Inquiry Act, 1952. Nevertheless in November, Justice SP Kurudkar was appointed for a thorough investigation into aspects of culpability of various public servants. In 2003, the Union of India filed a suit before the Supreme Court and the proceedings of the Kurudkar Commission were stayed. The suit was dismissed in 2014. So for 11 long years, the matter was pending before the Supreme Court. [Please keep this in mind when the order concerned here deals with the lapse of time] The State of Maharashtra [again, whose liability was under judicial scrutiny] filed no response as to whether Justice Kurudkar would be in a position to resume proceedings. The Supreme Court in March 2018 directed the State of Maharashtra to inform the Court if it would like the Kurudkar Commission to continue or like the case to be argued on merits. In response, the State of Maharashtra [once again, the role of which was under judicial scrutiny] filed an affidavit stating that due to long efflux of time, it was no longer useful to continue with the commission. The Supreme Court, thereafter, restricted itself to the question as to whether the judicial commission of enquiry should continue or not.

The Supreme Court reached a conclusion that although the facts of the matter demanded a judicial enquiry, it is not doing so due to the lapse of time.

This judgment has an interesting long-term precedential value because of five main reasons. Firstly, it crafts a new doctrine in the field of criminal law, particularly corruption cases, i.e., 'No useful purpose' doctrine [NUP]. By virtue of this phenomenon, the allegations leveled against the State and its officials can be shrugged off without even enquiring if there is a long delay. Secondly, it suggests that even in a case where the court feels that judicial enquiry should be conducted, excessive delay in the same is a relevant factor in declining to do so, irrespective of the factual matrix. Thirdly, even if there is a high possibility that a crime has been committed in the society which was reported later on due to any reason, a judicial enquiry may not be initiated to look into the same considering a new factor, i.e., 'no useful purpose'. Fourthly, NUP gives a fresh right to the accused to not allow the law to set itself in motion by using procedural tactics [e.g., using Section 482 CrPC at different stages] and later on seek quashing/non-issuance of judicial enquiry commission on the basis of delay and that it will obtain no useful purpose. Fifthly, it reads into the 1952 Act that an exception may be crafted into the sections dealing with judicial enquiry.

The NUP doctrine suggests that if the end objective of conducting an enquiry is not likely to reach an effective conclusion, the court may halt the initiation of an enquiry at all. This puts the cart before the horse. It is trite law that criminal law is not based on probabilities but on the evidence so collected during enquiry and tendered before the court conducting a trial of accused. In the absence of an enquiry based on an assumption that it will not bear fruits, solely on the ground of delay, parachuting to a conclusion that the enquiry will be a futile exercise, is not in consonance with criminal law particularly where connivance of government officials was alleged as no evidence will be collected or thereby proved/tendered before the court.

In the present case, the Godbole Committee had categorically found way back in 2001 that serious infirmities emerged in the manner in which the PPA was executed, the manner in which it was re-negotiated, the manner in which tariff was fixed, etc. As per it, everything was done in a manner which helped DPC and caused loss to MSEB and the public at large. The matter was deliberately kept pending by the State of Maharashtra and after years, it came up with a plea that time has passed now and the matter may be closed. Even considering that a large number of accused would have superannuated or even expired, a judicial commission of enquiry was a must to dig out the truth and locate the culprits. In the absence of an enquiry, the years of struggle of the petitioner Trade Union has gone into vain. Although the Supreme Court said that the order is passed in peculiar facts and circumstances of the case, it does not dilute its precedential value and its probable future use by high courts or by the Supreme Court itself.

Author Is An advocate practicing in the Supreme Court of India.