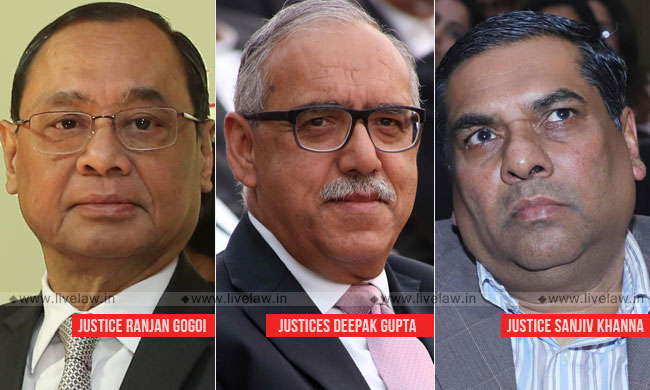 Observing "no useful purpose will be served" after long delay, the Supreme Court yesterday closed a Special Leave Petition filed by Centre of Indian Trade Union(CITU) in 1997 seeking probe into the alleged Enron-Dabhol corruption case.The petition by the CPI(M) affiliated trade union had alleged serious irregularities in the Power Purchase Agreement(PPA) executed by Maharashtra State...

Observing "no useful purpose will be served" after long delay, the Supreme Court yesterday closed a Special Leave Petition filed by Centre of Indian Trade Union(CITU) in 1997 seeking probe into the alleged Enron-Dabhol corruption case.

The petition by the CPI(M) affiliated trade union had alleged serious irregularities in the Power Purchase Agreement(PPA) executed by Maharashtra State Electricity Board(MSEB) with Dabhol Power Corporation(DPC). It was alleged that politicians and officials of Maharashtra had received kickbacks from US-based Enron Corporation -which was the major shareholder of DPC-  to give it undue benefits for operating the  plant. It was alleged that the terms of the PPA were heavily lopsided in  favour of Enron and the MSEB had agreed to purchase power at exorbitant rates.

The bench of Chief Justice Ranjan Gogoi, Justices Deepak Gupta and Sanjiv Khanna refrained from ordering judicial enquiry, despite observing that under normal circumstances the Court would have done so.

"We are of the considered view that though normally in such a case a judicial inquiry should have been conducted but as far as the present case is concerned, more than a quarter of century has elapsed since the first PPA was executed. The foreign corporation and the original project proponents are no longer available. Most of the senior officials would have retired and virtually no action can be taken against them", observed the judgment authored by Justice Gupta.

CITU had initially approached the Bombay High Court. Though  the   High  Court   came   to  the   conclusion  that   the  actions of MSEB  and the  Governments were questionable and  that  everything was not  above board,   it dismissed  the  writ   petition  on  the  ground  that  no materials were produced by the petitioner to justify allegations of corruption.

In 2001, the Maharashtra Government had appointed a fact finding committee under Dr. Madhav Godbole, former Home Secretary. The Godbole Committee had found that "everything was done in a manner which helped Dabhol Power Corporation and caused loss to the Maharashtra State Electricity Board (MSEB) and the public at large." The report indicated "serious illegalities/infirmities in the matter of award of the contract and processing  of   approvals,   which  were  prima  facie  against  public interest".   Failure of governance, it was observed, was broad and across  different   governments  and at both administrative and political levels.

Later, Justice S P Kurdurkar, a former HC judge, was appointed to probe into the corruption allegations. But the proceedings of Justice Kurdurkar commission was stayed by the Supreme Court in 2003 in a suit filed by Union of India against Maharashtra Government. Though the suit was dismissed, the Commission did not resume proceedings. The Maharshtra Government did not respond to the queries put by the SC in 2015 as to whether Justice Kurdurkar was interested in resuming the proceedings.

Dr. Rajeev Dhawan, senior counsel appearing as amicus curiae, urged that in view of the serious allegations of corruption and abdication of duties by various authorities and officials, it would be in the interest of justice to continue with the commission of inquiry and in case Justice Kurdukar was not able to continue with the commission of inquiry, the same could be headed by some other retired Judge of the Supreme Court of India.

Regarding this, the Court observed : "the commission of inquiry even if continued or constituted afresh, will take its own time and, as opined by 3 Members of the Godbole Committee, the constitution of such commission of inquiry would serve no useful purpose. This was the stand in the year 2001 and has greater force 18 years later".

"In view of the long delay and in view of the fact that due to non¬availability of many persons involved, no useful purpose would be served in continuing with the judicial commission of inquiry, we close the petition in the peculiar facts and circumstances of the case", observed the Court.

The Enron-Dabhol project was the first major foreign investment in India in the post-1992 liberalisation era. The project had ran into controversies due to allegations of corruption and secrecy in the terms of the deal with the State Government and Enron. The Congress-led Government of 1993 and the subsequent BJP-Shiv Sena government had to face the heat of allegations.

After 2001, the Government had defaulted in payments to Enron, which led to global controversies, as top officials from US Government intervened in the matter.

Later, Enron faced bankruptcy. After that, the power plant was taken over by Ratnagiri Gas and Power Private Limited a joint venture of NTPC Limited, GAIL, Government of Maharashtra.