When Netaji Subhas Fought A Case In The Bombay HC 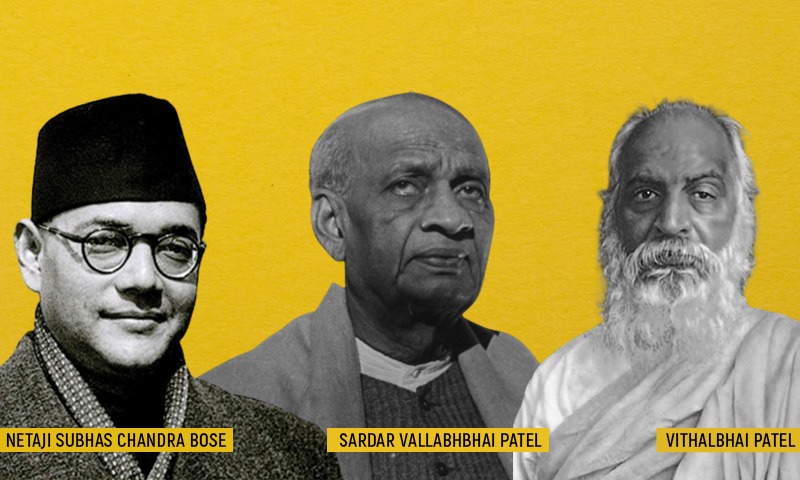 It was November 10, 1933. SS Narkunda had just dropped anchor at the Bombay Port. It had ferried the mortal remains of an elder brother who had passed away in Geneva on October 22, 1933 at 1 pm. On October 28, 1933, the embalmed body, in a sealed coffin, had been taken by road to Marseilles for this last journey by sea. Sarojini Naidu and Jamnadas Mehta had been cabled the sad news.

The deceased had executed a Will which read:

"In the event of my death in Europe, I desire that Mr Subhash Chandra Bose shall take charge of my body and make the necessary arrangements for sending it to Bombay for cremation on the Chaupaty Sands along side the place where the late Lokmanya Bal Gangadhar Tilak's body was cremated."

Alas that was not to be. The British Government was not taking risks as it did not want an "undesirable precedent". It was not even willing to release the younger brother from the Nasik jail to attend the funeral. The funeral would be at Sonapur.

Before a crowd of three lakh people and chanting of sacred verses, this great son of India was consigned to the sacred flames by his nephew Dahyabhai, as he was a childless widower. The Nightingale of India made a moving oration.

This is the story of that will.

The third of five Patel brothers, Vithalbhai was just two years elder to his now more famous younger brother. He was born on September 27, 1873, in Nadiad, Gujarat. He educated himself in Nadiad and then in Bombay and practiced as a pleader in the courts of Godhra and Borsad. His younger brother also joined as a pleader. Both brothers had dreamt of studying law in England. While Vithalbhai was resigned to the district courts, his brother was determined to do better. So he quietly saved money to order a passport and travel tickets. When he finally did manage to save and pay for them, a fatal typographical error changed the course of their lives.

The postman delivered the documents addressed to one "Mr VJ Patel, Pleader". Vithalbhai shared the same initials with his brother and when he opened the parcel and found out, he was furious. He pointed out to his brother that he would be socially criticized now if he tried to follow his brother's footsteps. There was only one thing that could be done now. He should travel on those documents instead of the other "V". Those were times when respecting the wishes of elders mattered a lot. So, despite of the fact that Vallabhbhai had paid for the ticket, Vithalbhai set sail on the boat to England. Sardar Patel in fact did even better. He actually paid for his elder brother's stay. Completing a 36-month course in 30, Vittalbhai was called to the Middle Temple Inn.

Upon his return to India, the pleader of Nadiad became a barrister of Bombay and Ahmedabad.

Vithalbhai was never a fan of the other Gujarati who had taken over the Congress. However, like many in those times, he also had joined the organization to participate in India's struggle for freedom. When Mahatma aborted the highly successful civil disobedience movement after flames of violence engulfed a police post in Chauri Chara in 1922, Vithalbhai could digest it no more. He joined stalwarts like Chittaranjan Das and Motilal Nehru to walk out of Congress and founded the Swaraj Party.

Vithalbhai was in England when the Irish issue blew up. Eamon De Valera came to power in Ireland and he wanted Vithalbhai to mediate the "Irish question" between the Empire and Ireland. Vithalbhai's health had started to deteriorate. So did the relations between Gandhi and other stalwarts in and out of the Congress.

Vithalbhai came to Vienna at Valera's invite. As his health worsened, Vithalbhai found himself in a sanatorium, Clinique-la-Lineguere, where Subhash Bose was also convalescing[1]. The two issued the "Patel-Bose Manifesto" in May 1933 which described the Mahatma as a "failed leader" warning that "time has therefore come for a radical reorganisation of the Congress on a new principle and new method-noncooperation will have to be changed into a more militant one".

Patel's wife, Diwaliba, had died issueless and he could sense that his time to meet his Maker was drawing near. So he executed his will, ironically on Gandhi Jayanti, bequeathing three-fourths of his money to one "Mr Subhas Chandra Bose (son of Janaki Bose) of 1 Woodburn Park, Calcutta" so that it could be used "political uplift of India and preferably for publicity work on behalf of India's causes in other countries."

Historian Guha claims that it was Bose who nursed Patel during his last days.[2] GP Patel, Vithalbhai's biographer, writes, "In fact, no document signed by a dying man on his death-bed, has probably, so far exercised the imagination and feelings of a whole people and aroused their curiosity as much as the Will of Vithalbhai".

Vallabhbhai was an astute lawyer. He was not taking this lying low. He forensically cross –examined Gordhanbhai Patel who had accompanied his elder brother on his European sojourn and had brought his body back:

-Why was the will not attested by a doctor, especially when he was being treated by doctors?

-Where was the original?

-Why were the witnesses all unknown people from Bengal, two being merely students, and not eminent persons who were around Vithalbhai when he passed away in Geneva, such as Bhalabhai Desai, Walchand Hirachand and Ambalal Sarabhai,?[3]

The hapless GI Patel redirected these queries to Subhas Bose in several letters. Finally, Subhas Bose filed a probate petition in the Bombay High Court on September 21, 1934, along with the original will.

GI Patel was now the executor as the will had been probated. Subhas' lawyers asked Patel to send the monies to Bose. Patel replied blandly that it could not be done until there was an "agreement" on the interpretation of the will.

Subhas was now a rising star and even Gandhi felt compelled to propose his name for Congress President at the Haripura Session. Sardar was bitter. Vallabhbhai had opposed Gandhi's decision. In 1939, when Netaji sought a re-election, Sardar opposed him again even warning that he would use his clout in the working committee to neutralize him, claiming that his re-election "would be harmful for the country's cause."

In January 1939, Gordhanbhai moved the Bombay High Court to have the will invalidated. He succeeded before the single judge, Justice Bomanji J Wadia.

The appeal against the Parsi Judge Wadia, was filed by Subhas Bose before the Court of John Beaumont and none other than Harilal Kania who would go on to serving as the first Chief Justice of India[4].

To present Bose's case had travelled all the way from Calcutta, his brother Sarat Bose. It was contended that "political uplift of India" was an object of "general public utility" and therefore was covered by the definition of "charitable object" as found in Section 2 of the Charitable Endowments Act.

The Division Bench, after a patient hearing, unbelievable as it may sound, concluded that it could not comprehend what the term "political uplift of India" meant. It noted:

"Here, it seems to me impossible for the Court to determine what is embraced in the term political uplift of India."

It then went on to express helplessness on the part of a court to judicially determine such a bequest. Suppose Bose "considered that it would be for the political uplift of India that India should sever her connection altogether with the British Empire…?"

The Court concluded that it could not discern any "general charitable intention" from the bequest and concluded "there is no intention whatever expressed, except that the money be used for the political uplift of India, and if that is too vague to be enforced, there is nothing left."

This litigation would leave its imprint on future relations between the Boses and the Patels and, in fact, quite possibly shaped the history of the sub-continent. At the Tripuri Session, when Bose trumped Gandhi's candidate Pattabhi to the post of Congress President, it was Patel who led twelve of the fifteen Working Committee Members to resign leaving Netaji with little room to manoeuvre.

It is said that Sarat Bose tried even at the nth hour to prevent a partition of Bengal.[5] Patel was cold to his efforts. Could history have played out differently had Vithalbhai not made his bequest? Sadly, we will never know!

Views are personal only.
(Author is a Delhi based Lawyer)

[2] Ramachandra Guha, "The forgotten rivalry between Patel and Bose", The Hindustan Times, 25.04.15.