Why & Who To Apologize? 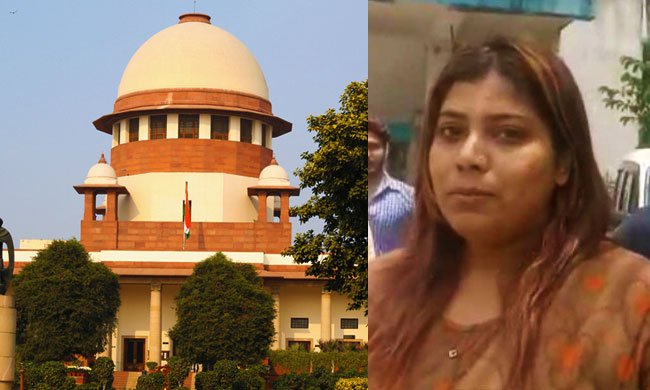 A very unfortunate episode, showing the arbitrary conduct of the West-Bengal Government towards the sacrosanct right to expression was partially ended with an un-called and forced apology by the accused- Priyanka Sharma, who was arrested and sent to the 14 days judicial custody, for just "sharing" a photo in which Mamta Banerjee`s face was morphed on the form of actress Priyanka Chopra, who is representing India globally, in the field of entertainment. She was picked up by the Police from her home on 10th May and was sent to two weeks Judicial Custody, for a complaint lodged by one local leader of TMC, Mr. Vibhas Hazra. She was charged with defamation, a bailable offence, punishable under Section 500 of Indian Penal Code, 1860 ("IPC") and was further charged under Section 66-A of the Information Technology Act, 2000 ("IT Act"). On, 13th May, a habeas corpus petition was filed by her brother and Sr. Adv. N.K Kaul mentioned the matter before the vacation bench of the Hon`ble Supreme Court, for it to be listed on 14th May. The Supreme Court was pleased and the matter was listed on 14th May, where the court ordered the West-Bengal Government to immediately release her and further ordered that she shalltender an apology for sharing thepicture complained of on herfacebook account. The Court further stated that this order only relates to the facts and circumstances of the present case and shall not be used as precedent.

The law machinery cannot be used to set up the personal scores and any such abuse will be an abuse on the whole criminal justice system. Legally, with utmost respect to the Hon`ble Court, there was no occasion to direct for an apology at the time of release. The reason for the same is that both, Section 500 IPC and Section 66A of IT Act is not applicable in the present case as the allegations, if taken on their face value, does not disclose any offence whatsoever, for the reasons:

Further, it came from the bench to the counsel of the petitioner that an apology is just for the purpose, that if sharing a picture has hurt someone, then apology should be there. Sharing a picture is protected under Article 19(1)(a) [Fundamental right to express] and hurt is not a "reasonable restriction" on the fundamental right to expression. It has been held again and again by the Hon`ble Supreme Court that notions of social morality are inherently subjective and the criminal law cannot be used as a means to unduly interfere with the domain of personal autonomy. The threshold of placing the reasonable restriction of the "freedom of speech and expression" is indeed very high and "Hurt" in no way qualifies that.

From the above, it is crystal clear that there is no ground to apologize for the reason that prima-facie Section 500 IPC and 66A IT Act is not applicable to the facts and circumstance of the present case and further, "Hurt", for which the apology was asked does not qualify the standard of reasonable restriction under Article 19 of the Constitution.

If there is no statutory breach of any provision involved in the present case, then Why to apologize? It is a settled legal position that sympathy and sentiments have to be kept aside while passing a judicial order as they are dangerous to take as a guide in the search for legal principles. The Hon`ble Supreme Court in Teri Oat Estates (P) Ltd. v. U.T., Chandigarh [(2004) 2 SCC 130 at p. 144], clearly stated that [w]e have no doubt in our mind that sympathy or sentiment by itself cannot be a ground for passing an order. To the authors, the Hon`ble Supreme Court`s direction to apologize is not based on the legal principles but is purely a result of sympathy and sentiments.

The order states "the Detenue shall tender an apology for sharing the picture complained of on her Facebook account". The order is bit not clear as to whom, the apology should be tendered- Is it to the Complainant, who is not a "person aggrieved" 'OR' to Ms. Mamta Banerjee, who has not even complained. Whose sentiments are "Hurt"- the complainant or Ms. Mamta Banerjee.

Now the basic question is Who to apologize? It is also settled position in law, that in cases like the present case, there should be a presumption in the favor of the accused (Ref: S. Khushboo v. Kanniammal [(2010) 5 SCC 600 at p. 619]). The Hon`ble Supreme Court`s presumption that someone is hurt but the detenue, is itself a wrong presumption. In the present case, if someone owes an apology, it is the West-Bengal Government, who must tender an apology to Priyanka Sharma, who just shared a widely circulated meme created by someone else on her Facebook account, exercising her fundamental right to express, which ought not have to be unreasonably restricted by forcing her to apologize.