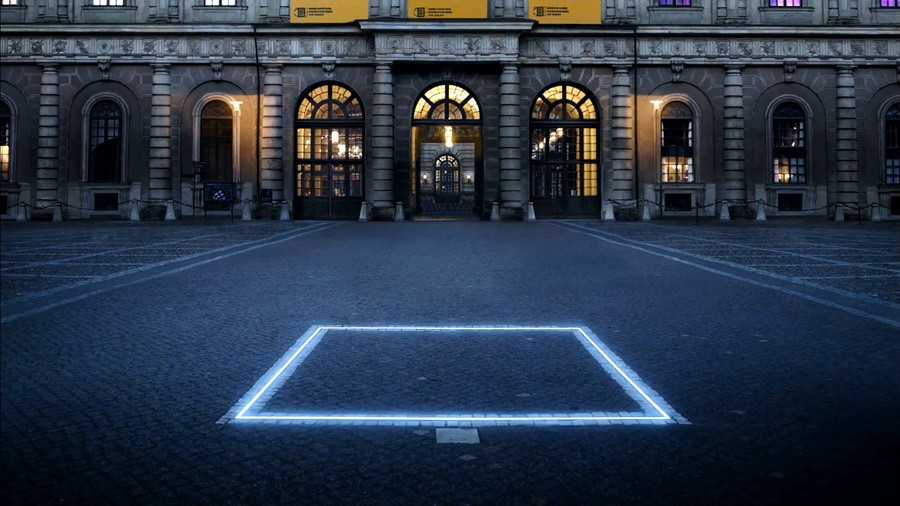 "The Square is a sanctuary of trust and caring Within its boundaries we share equal rights and obligations" "The Square", a Swedish movie which was screened at the International Film Festival of India at Goa in 2017, amazed many with its different approach in communicating an age old common message of humanity, the echoes of which have been ignored persistently. It...

"The Square is a sanctuary of trust and caring

Within its boundaries we share equal rights and obligations"

"The Square", a Swedish movie which was screened at the International Film Festival of India at Goa in 2017, amazed many with its different approach in communicating an age old common message of humanity, the echoes of which have been ignored persistently. It bagged various awards at film festivals including the Palme d'Or (highest prize awarded) at the 2017 Cannes Film Festival. The story revolves around a curator of museum who faces many challenges in life, both personal and professional. However, the thrust of the feature film is over an art installation brought to the museum created by an Argentinean artist and sociologist. The piece of art is nothing but an empty square which carries a message engraved on a piece of metal which says, "The Square is a sanctuary of trust and caring. Within its boundaries we share equal rights and obligations." The curator while addressing a group of visitors at the museum tries to explain the artist's intended meaning of the art installation which would be later on exhibited in the museum. He asks the audience present there to imagine that they are in the middle of a busy public place and while looking down they find themselves standing in a square. The artist compares this square to a pedestrian crossing on a road. Just like drivers passing by are to look out for pedestrians, similarly the square carries an implied contract to help each other in times of need. If anyone enters this square and asks for help, for instance, they might be hungry asking for a meal, or may ask you to spare some time to patiently listen to their grief, in such situations another person passing by is obliged to help. This is the basic message which the artist seeks to convey through his art installation. Later on in the movie, we find the curator feeling the heat while trying to stick to the philosophy illustrated by the piece of art. We see this thread woven into different situations in the movie and the conflicts arising from those situations. This whole concept of everyone helping the needy might seem as a utopian concept but when applied to particular systems it might prove to be more meaningful.

Consider a legal system in which an intangible property right like patent is granted. It confers certain exclusive rights to the holder of patent over his invention against the rest of the world. The claims made by the patent holder/patentee in a patent document forms the vital part of the description of his invention which in turn clearly defines the rights of the patent holder. These patent claims play a significant role in a court of law in deciding over a case of patent infringement by a third party. When we compare a patent to a piece of land and the claims with its boundaries, every patentee enjoys a set of rights over his property and every other individual of the society has an obligation not to trespass the boundaries of such property.

Expanding this theory to a larger framework, we can draw an analogy between the patent regime and the concept of 'The Square' described in the movie, whereby the patentee shares equals rights and obligations with the rest of the society. When an obligation is being created on the society to refrain from copying a patented invention, the patentee in turn has an obligation to make his invention available and affordable to the public. This is indeed one of the quid pro quo for getting a patent grant.

The legislature, judiciary, academia and international trade organizations act as cornerstones of such a framework which helps in regulating the interplay between the patent holder and society. Legislators must provide safeguards in the legal framework in order to check the abuse of patents. Judicial authorities must interpret laws and grant orders considering the social interest involved in such issues rather than granting excessive protection to the patent holder. Academicians and researchers also have an important role to play in this space in helping the legislature and judiciary in understanding and articulating the balance between owner and user rights. Above all, powerful international trade organizations must be able to function independently in order to lay down an unbiased jurisprudence which will enable countries to achieve the above mentioned objectives.

The introduction of S.3(d) into the Indian Patent Act which was an attempt to prevent ever greening of patents and the upholding of the constitutionality of the provision by the Supreme Court in the Novartis case (2013) with the help of expert advice from academics is a classic example where the legislature, judiciary and academics had equally contributed to balance the rights of a patentee vis-à-vis the rights of the society. The first compulsory license issued by The Controller General of Patents in India in the case Natco. v. Bayer(2012), which was upheld in subsequent appeals filed by Bayer at the IPAB, High Court and Supreme Court, since Bayer failed to make its drug available to the public at an affordable price, is another instance of judicial intervention. At the international level, the WTO Panel's decision in Canadian Pharmaceutical Patent Case (2000) is noteworthy, where it held that patent rights are not a means to derive all possible economic exploitation ignoring interests of other stakeholders.

In the present state of affairs, where the world is going through a crisis, and is desperate to develop drugs to fight the pandemic, the patent regime becomes an integral part of the process since the drug development process would involve the use of certain patented molecules. While the Member States which have an obligation under TRIPS (Agreement on Trade-Related Aspects of Intellectual Property Rights) to protect intellectual property, are adopting measures such as introducing bills and issuing compulsory licenses to overcome the hurdle of patents, those holding patents over molecules are bargaining for an extension of the patent term by 10 years in order to compensate for the non-exclusive use of their patents during the national emergency prevailing in their States. Patentees constantly trying to assert their rights over patented molecules must also be aware of the fact that the right of the society to an affordable drug co-exists with the patent right and that the patentee is not entitled to all possible economic exploitation of the patent at the cost of the society.

If we look back at the history and evolution of patents, we realize that a patent was a mere privilege bestowed by the King in exchange for the introduction of a new trade or invention. The grant of this privilege was discretionary in nature and was solely based upon the policies adopted by the King from time to time. The Venetian and English history of patents suggest that the term of patents were much lesser than the present term of 20 years. Moreover, the holder of patent had an obligation to teach the skill or art to the local people of that place. In the present scenario, it is doubtful to what extent the know-how disclosed in a patent document enables the working of an invention. History gives us striking examples like Thomas Edison and James Watt who kept on excessively and unreasonably enforcing their patents, which had prevented the technology involved from progressing.

"The protection and enforcement of intellectual property rights should contribute to the promotion of technological innovation and to the transfer and dissemination of technology, to the mutual advantage of producers and users of technological knowledge and in a manner conducive to social and economic welfare, and to a balance of rights and obligations."

The philosophy envisaged in the film, "The Square" does apply to any kind of property which becomes a tool for exploitation. The realms of this philosophy can be expanded to the contours of International Law remembering what Prof.(Dr.) Upendra Baxi had recently said - "Nations must not ignore principles of existing international law in fight against COVID-19."

World IP day celebrated on April 26th every year has approached us. Every year on this day WIPO focuses on a particular theme. This year WIPO seeks to examine the role of innovation & IP rights in creating a green future. Let's hope that all stake holders of IP ponder over this idea to understand their responsibility in creating a greener future since the eminent danger faced by the environment is as threatening as the present pandemic is and requires immediate attention.

"A Patent is a right for innovation and development

Within its claims we share equal rights and obligations"

(The author is a a research scholar at Inter University Centre for IPR Studies, CUSAT, Kochi. The author may be reached at [email protected])

(This is the fifteenth article in the "Law On Reels" series, which explores legal themes in movies)