Confessions of our times 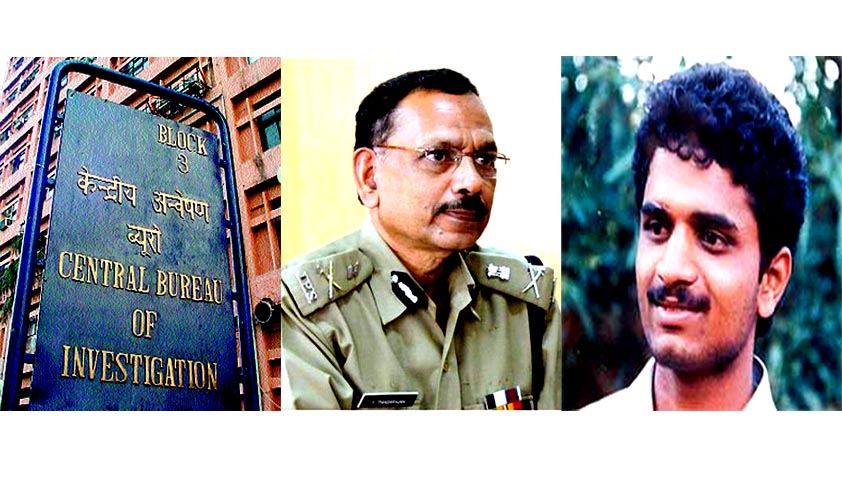 Here comes yet another disclosure with a heavy heart. Former CBI S P Thyagarajan who had been assigned to record the statement of Perarivalan- the 18th accused in the assassination of Rajiv Gandhi-reveals that he had miserably failed in accomplishing his job. He says that the whole thing had gone wrong. He lets on that he had not fully recorded Perarivalan’s statement. He unveils that the...

Here comes yet another disclosure with a heavy heart. Former CBI S P Thyagarajan who had been assigned to record the statement of Perarivalan- the 18th accused in the assassination of Rajiv Gandhi-reveals that he had miserably failed in accomplishing his job. He says that the whole thing had gone wrong. He lets on that he had not fully recorded Perarivalan’s statement. He unveils that the cops hardly had any evidence to prove the alleged complicity of Perarivalan. He confesses from the heart of hearts that Perarivalan is innocent. Arivu alias Perarivalan who had been arrested at the age of 18 has been standing under the gallows since 15 years along with two others Shanthan and Murugan.

This is the third or fourth in the series of confessions made by the investigating officers in a murder case that shook the world. 23 years have been passed since the former Prime Minister Rajiv Gandhi had been blown into pieces in a cold blooded blast by a suicide bomber. Plethora of conspiracy theories has been doing the rounds since the day. The reports of two judicial commissions (Varma Commission and Jain Commission) had thickened the enigma layered around the killing. The unfathomable questions popped out of the judicial commission reports remained hazy and have never been addressed. Years passed by and even the investigating officers believe that a mysterious story lies untold beyond the point where they had winded up their own story.

“I will be the happiest person in the world if capital punishment is commuted in their case”, says K Raghothaman, the Chief Investigating Officer of the Special Investigation team that probed the assassination of Rajiv Gandhi. Raghothaman realizes that many crucial factors did not come to his notice during investigation. The very crucial factor that would have unearthed the conspiracy remained undiscovered forever. Who had made the belt bomb? Was it made in India? If not, how had it been transported to the country? Who brought it? “No idea”, says Raghothaman.  “I must admit that we failed in bringing out such facts. Though we had an assumption, that the technology used in the device was highly sophisticated and the chances of it being made in a foreign country and being brought to India cannot be ruled out, we could not zero in the truth behind it”.

It is apparently evident that the SIT had started the investigation with a bunch of pre-occupied theories. They had refused to go beyond the theory that the assassination of Rajiv Gandhi was the culmination of revenge gathered upon his decision to send the Indian Peace Keeping Force to Sri Lanka. On the other hand, IB and RAW often turned their back on this theory and stuck on to the point that it was the handy work of someone else, but not that of LTTE.

Raghothaman says that initially there were attempts to convince the SIT that the LTTE was not involved in the plot. “Within a week of the assassination, there was a high level meeting in Delhi in which top RAW officials were present. Right from the beginning, RAW had maintained that it was not the LTTE that was behind the assassination. One official said he was sure because he had a mole in the LTTE. In the meeting, he was forced to disclose his source in the LTTE. He said it was Kittu [Sadasivam Krishnakumar alias]. Kittu was one of the first LTTE commanders and a close relative of Veluppillai Prabhakaran. In 1993, he killed himself by blowing up the ship he was sailing in after being surrounded by the Indian Navy while returning from Thailand. It was impossible for Raghothaman or anyone to believe that he could be a mole because he and Prabhakaran were effectively the LTTE. “Can you imagine our shock and embarrassment? There was a joke doing the rounds in intelligence circles at the time that LTTE must have a mole in RAW and not the other way round,” says Raghothaman.

The life of J Mohanraj, a former Sub Inspector of CBI who was a team member of SIT embodies the unresolved mystery around the assassination of Rajiv Gandhi. The confessions made by Thyagarajan and Raghothaman have been eclipsed by the  telling submissions made by Mohanraj, who quit his job on the realization that he had been riding all the way on the wrong track. Mohanraj solemnly believes that those who are caught are only small fries and big sharks remain out of the net till day. He had candid reasons to believe the same. He had submitted writ petitions both in TADA special court as well as Madras High Court to look into the loopholes left untouched by the SIT. The courts rejected his pleas citing the reason that he should have brought all the discrepancies to the notice of the investigating team at the time of investigation itself.

In 2011 September, there had been an unusual meeting in Vellur jail. It was a poignant moment when Mohanraj, stood face to face with Shanthan, Murugan and Perarivalan. He had been meeting them after a long interval of twenty years.Mohanraj does not dismiss the memories of custodial torture carried out to squeeze the confessions which eventually lead to their death sentence. “I went there not to apologise, I don’t think there is any point in apologizing, and I just told them to try to understand me. Arivu (Perarivalan) told me that he was able to understand me”. Mohanraj repudiates the SIT Chief D R Karthikeyan’s claims that no third degree torture was used against them during interrogation.Mohanraj says that he was ready to go to any court of law and to disclose the same. He does not mind to accept any punishment for the same.

Raghothaman, the Chief Investigating officer admits that many crucial factors had been concealed from his eyes. He came to know about them from the judicial commission reports that followed SIT’s report.  “I must confess certain things never came to my notice. I found out about it years later, after the charge sheet had been submitted,” he says. One of them was a videotape that had captured the bomb blast. The Intelligence Bureau has secured the tape. It is referred to in a letter written by then IB Chief MK Narayan to then Prime Minister Chandra Shekhar. Shockingly, Raghothaman, despite being the SIT’s Chief Investigating Officer was not given the tape. “I came to know about it from the Varma Commission report. Annexure 34 of the report has a reference to Narayan’s letter, where he says he will come up with a further report on the videotape. I was taken aback to see this reference. I immediately contacted DR Karthikeyan, the SIT chief. He said he’d got a tape from the CBCID (Crime Branch Crime Investigation Department) but not from the IB. I still don’t know whether the tape MK Narayan had referred to was the same tape mentioned by Karthikeyan. I still don’t know why I was not informed of the tape. It remains a mystery.”

The Jain Commission, set up to look into the larger conspiracy, had called for further investigations into the conspiracy angle. It led to the CBI setting up a Multi Disciplinary Monitoring Agency (MDMA) in 1998. The Government Order issued by the Ministry of Personal Affairs, dated 2 December 1998, states that the tenure of the agency would be two years. Fifteen years have passed since, the agency has sought renewal twelve times and there is still no clarity on who really conspired to kill Rajiv Gandhi.

Jain Commission has made very serious remarks regarding the alleged involvement of Godman Chandraswamy, arms dealer Adnan Khashoghi, and Dr Subhramanyam Swamy. One of the units of MDMA has exclusively given the task of looking into the alleged complicity of all of them. MDMA even after fifteen years of investigation keeps an enigmatic silence over the task assigned to them. As per the office order dated 2nd December 1998, MDMA was supposed to interrogate Kumaran Padmanabhan, an LTTE operative who had been detained by Sri Lankan police. CBI has never let the people of this country know whether this task has been carried out. Throughout the whole course of its existence, the MDMA has failed to find anything significant or make a real breakthrough. The MDMA has been submitting reports in the TADA Special Court in Chennai every three months. What are the contents of these reports? What conspiracy is the MDMA still investigating in the 21st anniversary year of the assassination? Why does this agency still exist? Why does a team of CBI officers draw salaries for a task pending for 15 years?

In 2006, Mohanraj was informed through an RTI application that officers of MDMA have so far made fifteen foreign trips to look into the ‘international conspiracy’.Tweleve crores of rupees have been spent for the same. There have been forty officers working with MDMA.It is high time for CBI or HMA to come up with some findings of this agency which has eaten up public money. Those who have been standing under the gallows since fifteen years have a legitimate right to know what actually was the grand plot behind the murder of Rajiv Gandhi.

K.K.Shahina is an Assistant Editor of Open Magazine