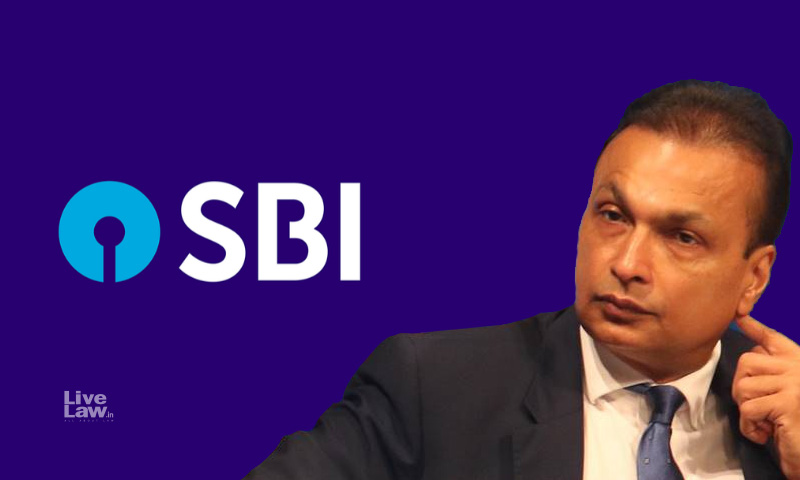 The National Company Law Tribunal, Mumbai bench, has allowed an application filed by State Bank of India to initiate insolvency proceedings against Reliance Communications Chairman Anil Ambani with respect to personal guarantee to the extent of Rs 1,200 crore.The NCLT ordered the appointment of a resolution professional and asked SBI to take the necessary follow-up action.The State Bank of...

The National Company Law Tribunal, Mumbai bench, has allowed an application filed by State Bank of India to initiate insolvency proceedings against Reliance Communications Chairman Anil Ambani with respect to personal guarantee to the extent of Rs 1,200 crore.

The NCLT ordered the appointment of a resolution professional and asked SBI to take the necessary follow-up action.

The State Bank of India (SBI) filed an application under section 95 of the Insolvency and Bankruptcy Code, 2016 (IBC) to initiate personal insolvency proceedings against Anil Ambani in his capacity as a personal guarantor for certain facilities granted to Reliance Communications Limited (RCOM) and Reliance Infratel Limited (RITL) by SBI aggregating to INR 1200 Crore.

As per section 97 (3) of the IBC, the Adjudicating Authority is required to direct the Insolvency and Bankruptcy Board of India (IBBI) to nominate a resolution professional for the insolvency resolution process of a personal guarantor within 7 days from the filing of an application under section 95 of the IBC. However due to the reduced functioning of courts owing to the pandemic, the Adjudicating Authority could not issue these directions as required under law.  Meanwhile, Ambani suffered a decree in certain proceedings before the High Court of England and Wales wherein he was directed to repay approximately INR 5450 Crore to certain Chinese Banks. In this backdrop, SBI filed an  Interlocutory Application seeking urgent directions from the Adjudicating Authority to the IBBI to nominate a resolution professional under section 97 (3) of the IBC on the apprehension that Chinese Banks may initiate execution proceedings against Mr. Anil Ambani in India.

Ambani resisted such a direction on the grounds that RCOM and RITL were already undergoing corporate insolvency resolution process and resolution plans with respect to both companies are pending approval of the Adjudicating Authority, thereby extinguishing the debt of SBI and other lenders. He argued that by virtue of the approval of the resolution plan, the principal borrowers viz. RCOM and RITL stood discharged and therefore the personal guarantor also stood discharged from his obligations under the personal guarantee. He further argued that the application filed by SBI under section 95 of the IBC cannot be proceeded with until the RCOM and RITL resolution plans were approved by the Adjudicating Authority and all payments under the resolution plan completed.

On the other hand,  SBI, argued that section 60 (2) of the IBC itself permits simultaneous proceedings against the Corporate Debtor and personal guarantor and therefore there is no impediment for the Adjudicating Authority to proceed with the hearing of SBI's application. It argued that the approval of the resolution plans of RCOM and RITL at best discharged the liability of the companies from repaying SBI but not the debt itself. Further, it argued that the resolution plans specifically excluded enforcement of guarantees, personal or corporate, from extinguishment. In view of the specific exception and carve out, SBI was well within its rights to invoke and enforce its rights under the personal guarantee. It was further argued that if Mr. Anil Ambani's arguments were to be accepted, huge amounts of public money being written off, despite there being existence of guarantees but lack of recourse for enforcement. We also argued that a discharge of the principal debtor by operation of law in bankruptcy or liquidation proceedings does not absolve the surety from his/her liability.

After hearing the parties, the NCLT allowed SBI's application and appointed an insolvency resolution professional to examine the application under section 95 of the IBC and submit a report recommending the admission or rejection of the said application.

"It is not in dispute that the Respondent furnished his personal guarantee for the credit facilities availed by RCOM and RITL. When an Application under section 95 of the Code is file  by the Creditor, as in this case, the Adjudicating Authority shall within seven days of filing of the Application direct the Board to nominate a resolution professional for the insolvency resolution process. Section 97(3) of the Code doesn‟t provide for any alternative or any option to the Adjudicating Authority to be tardy in making the direction to the Board. The use of the word „shall‟ itself indicates the urgency with which the Application needs to be dealt with. The Authority accordingly has no other option than to issue the direction", observed a bench of Janab Mohammed Ajmal (Judicial Member) and Ravikumar Duraisamy(Technical Member).

The NCLT said both RCom and RITL committed default in repayment in and around January 2017. The accounts were retrospectively declared as non-performing account (NPA) with effect from August 26, 2016, even before loan agreements had been entered into.

"Such retrospective declaration seems rather incongruous, akin to the adage 'putting the cart before the horse'. While debt and default have remained undisputed, the incongruity of the declaration of NPA, has not been raised and contested by the Respondent. Besides, reappraisal of the declaration of the NPA by this Authority would not fall within the ambit of the provisions of the Code, under which the instant Applications have been made," the order said.