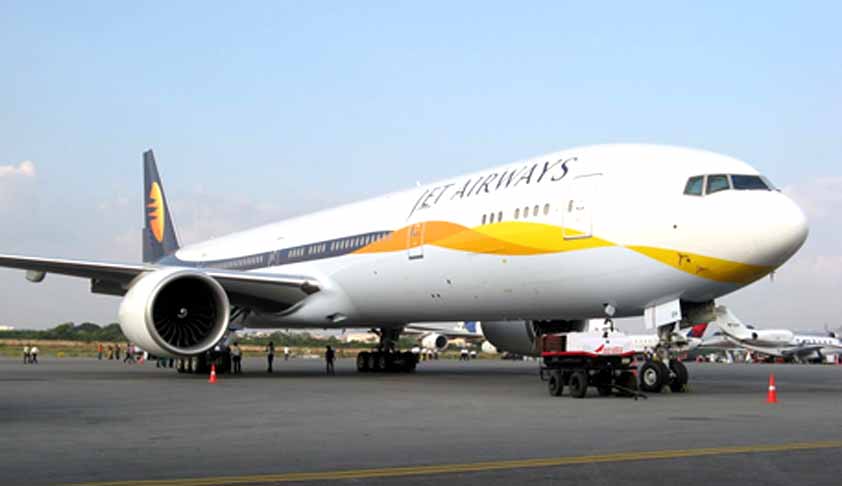 The Delhi High Court has dismissed the petition filed by Jet Airways India Ltd claiming refund of Rs. 2.36 crore of the Inland Air Travel Tax (‘IATT’) deposited by it for the period between October 1, 2001, to October 8, 2003, for carrying Sky Marshals.A bench of Justice Pratibha M Singh and Justice S. Muralidhar dismissed the petition filed by the airliner, while noting that the...

The Delhi High Court has dismissed the petition filed by Jet Airways India Ltd claiming refund of Rs. 2.36 crore of the Inland Air Travel Tax (‘IATT’) deposited by it for the period between October 1, 2001, to October 8, 2003, for carrying Sky Marshals.

A bench of Justice Pratibha M Singh and Justice S. Muralidhar dismissed the petition filed by the airliner, while noting that the exemption from paying IATT on carrying Sky Marshals was extended to private airlines only on October 8, 2003.

The bench also refused to interfere with the order of the Commissioner of Customs which had dismissed Jet Airways’ appeal saying they airliner had gone in appeal after a delay of 400 days and had not even made an application for condonation of delay.

In the instant case, Jet Airways had come to the high court in appeal against the December 11, 2006, order passed by the Commissioner of Customs by which its prayer for refund of a part of the tax was rejected.

Jet Airways had claimed that it was entitled to refund of IATT deposited from 1st October, 2001 to 8th October, 2003 as Sky Marshals who were deployed on its aircrafts are not `passengers' within the meaning of the Finance Act.

In view of the increasing threat perception to air passengers, crew and aircrafts, the Government of India issued notification dated September 20, 2001, making it mandatory for air carriers to carry Sky Marshals free of charge.

The Petitioner, who had deposited Rs. 2,36,06,775 between October, 2001, to October, 2003, towards IATT qua Sky Marshals, sought refund on the ground that the exemption ought to be extended to it.

Its representation before the Ministry of Finance and its appeal before the Commissioner of Customs stood rejected.

The high court said the orders “cannot be faulted with inasmuch as it is a matter of fact that Notification dated 19th April, 2001 granted the exemption from IATT to only sky marshals performing inland journey by air on free tickets issued by the Indian Airlines. The exemption was only subsequently extended to other domestic private airlines. Thus, there is no error in the order dated 5th November, 2004 (passed by the Assistant Commissioner of Customs)”.

Insofar as the appellate order passed by the Commissioner of Customs (Appeals) is concerned, the limitation for filing the same was three months. The appeal admittedly was filed belatedly, the bench noted.