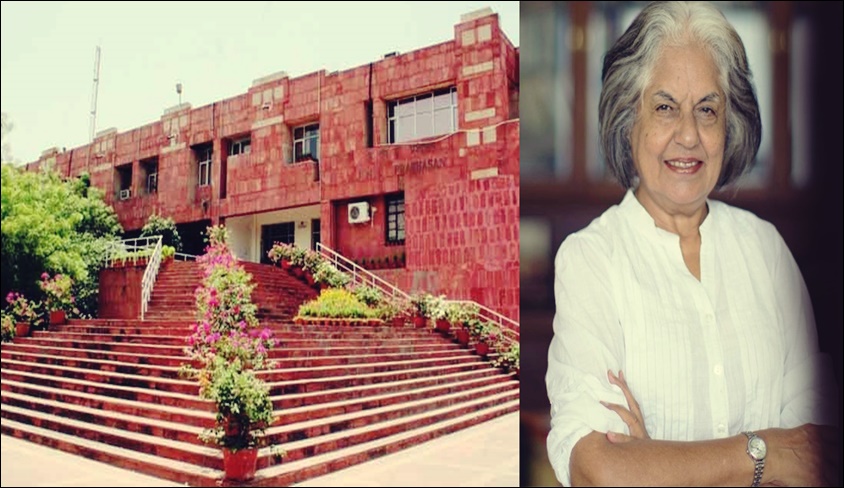 The Delhi High Court, on Thursday, directed the Jawaharlal Nehru University to maintain status quo on the sealing of the office of its Gender Sensitization Committee Against Sexual Harassment (GSCASH).

The Bench comprising Acting Chief Justice Gita Mittal and Justice C. Hari Shankar also issued notice to the JNU and the University Grant Commission, seeking their response on the Petition filed by some teachers and students challenging the decision to disband the GCASH. Senior Advocate Indira Jaising appeared for the petitioner.

The Petition seeks quashing of the decision rendered by the administration in its 269th Executive Council meeting. Through this order, the GCASH has been replaced with immediate effect with an Internal Complaints Committee (ICC) as per the University Grants Commission’s (UGC) Regulations on sexual harassment, 2015. Besides, the Petition also contends that the UGC Regulations, 2015 are beyond the scope of powers conferred on the UGC by the UGC Act, 1956.

The Petitioners contend that the UGC Act does not apply to the situation at hand, submitting that “it is no part of the mandate of the University Grants Commission (UGC) to deal with matters of discipline within Jawaharlal Nehru University (JNU), which is governed by its own statute, rules and regulations on the issues of discipline and in particular “sexual harassment” on the campus”.

They further submit that the provisions of The Sexual Harassment of Women at Workplace (Prevention, Prohibition and Redressal) Act, 2013 have no application to JNU, as it has its own rules and regulations which came into force more than a decade before the passing of the Act. The Petition goes on to emphasize on the fact that in September, 2015, the Rules and Procedure of GCASH had, in fact, incorporated the provisions of the 2013 Act.

The Petition also highlights the features of the existing regulations at JNU, which are “gender neutral”, thereby, ensuring relief to any person of the University, unlike the UGC regulations which apply only to women. The existing regulations, it submits, are “far more detailed in terms of procedure for the conduct of an enquiry, protection is given against victimization, pending a complaint and the victim is protected during the enquiry being not confronted by the respondent”.

Besides, the Petitioners have also expressed concerns over the inquiries pending before GCASH, which, they submit, require an appropriate closure. They are also perturbed about the records of GCASH, demanding that “they ought not to be tampered or altered or destroyed or modified with the replacement of GSCASH”.

Read the Order and Petition Here