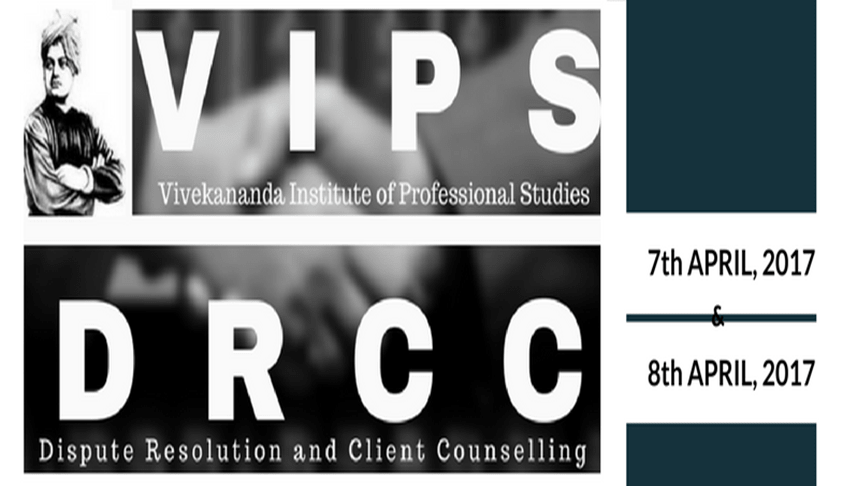 Subscription starts from
₹ 599+GST
(For 6 Months)
View Plans
Premium account gives you:
Subscribe Now
Already a subscriber?
Login
Vivekananda Institute of Professional Studies is pleased to announce the inaugural edition of its Dispute Resolution and Client Counseling Competition (VIPSDRCC), which will hold mediation and client counseling events this 7th and 8th April, 2017.

Students pursuing law under either five year course or three year course from law Schools/ Colleges/Institutions/Universities only in Delhi and Delhi NCR region can participate in the competition.

The following may be contacted for any query and clarifications:


The problem and further details will be released shortly.