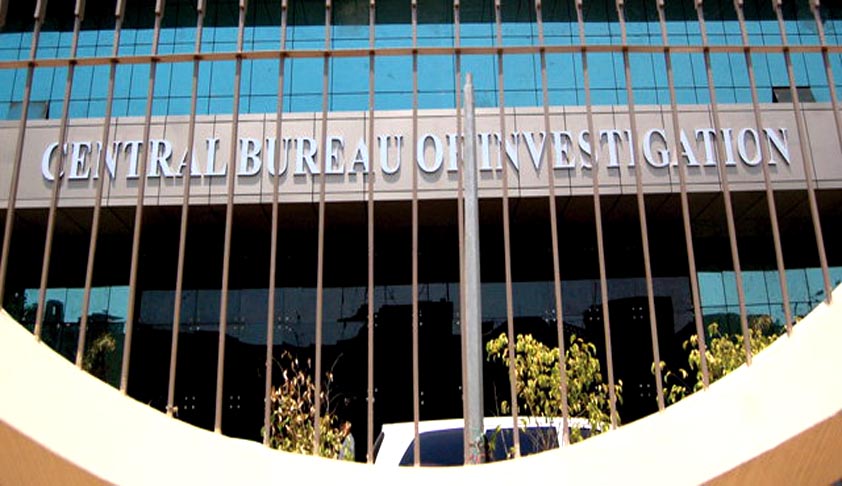 A constitutional bench recently in Dr. Subramaniam Swamy v. Director, CBI & Ors. struck down Sec. 6A(1) of the Delhi Special Police Establishment Act, 1946 & Sec. 26(c) of CVC Act, 2003 to that extent. Section 6A(1) made it mandatory for the CBI to take prior approval of the Central Government to conduct any enquiry or investigation against employees of Central Government above the...

A constitutional bench recently in Dr. Subramaniam Swamy v. Director, CBI & Ors. struck down Sec. 6A(1) of the Delhi Special Police Establishment Act, 1946 & Sec. 26(c) of CVC Act, 2003 to that extent. Section 6A(1) made it mandatory for the CBI to take prior approval of the Central Government to conduct any enquiry or investigation against employees of Central Government above the rank of joint secretary and senior officers appointed by Central Government in companies etc for an offence alleged to be committed under Prevention of Corruption Act, 1988.

Our constitution permits judicial review of legislative actions. A particular legislative product can be deleted if found unconstitutional by the court. At times, however to check presence of unconstitutionality of a particular provision, the court has to make an endeavour to either draft a line or just trace a line already present by shedding dust from it to reach to the conclusion. This is a discretionary power of the court i.e Judicial discretion. What comes next is the permissible extent of this power of review i.e. Judicial destruction. The court also is undeniably a child of the constitution with a very heavy duty of upholding rule of law in the country on its shoulders. When this duty bound court checks legislative or institutional competency of a particular statute book commanding removal of a provision duly crafted after parliamentary debates, it cannot decline to observe minute differences between parliamentary, judicial and constitutional sovereignty. The legislative intent behind incorporating Sec. 6A(1) as learned Additional Solicitor Generals argued was to protect senior officials from vexatious allegations as they are the decision making bodies in the system. The court correctly declined to entertain this argument as this is clearly outside the scope of intelligible differentia. But what the court did not observe was that political ruptures and corporate rivalries affect our bureaucracy enormously which may at some point of time in absence of such a clearly written requirement for sanction cause hindrances in the working system. These include the unobserved realities. Senior officials may try and play a safe game just to avoid controversies. A pragmatic approach as per the above mentioned thought process requires unobserved ground realities to be traced to a permissible constitutional expectation allowing judicial destruction of a particular provision but saving the system from succumbing few of its employees from an institutional decay as well.

In matters like this, where questions of constitutional propriety are raised to delete or not to delete important statutory provisions, can the court just not trace unwritten rules in the constitution, express them clearly and leave it to the wisdom of a sovereign government to grant or not a sanction if required? It was definitely a matter of government’s discretion to grant approval or not, based on its subjective satisfaction in line with principled pre investigation sovereign interference. It also is, as I may put it, a matter of constitutional behavior of two independent bodies which have been in perennial conflict with each other for guardianship of a political document (read constitution) since independence. The section so removed was not just a curtain legislation but a draconian provision safeguarding higher officials who may indirectly have played with fair investigations. But few officials now may be victims of frivolous or sponsored litigations too. The Court to maintain a balance between ‘rule of law’ and ‘law’  should have to some extent adhered to the fact that false allegations causing trauma to senior government employees are  also an incalculable harm to healthy democratic traditions.

The judgment depicted a very difficult contest between judicial discretion to strike down statutory provisions against the permissible extent of this destruction. It definitely is an important step in the direction of reducing higher level bureaucratic corruption in the country but I strongly contend that a flexible filtering mechanism of removing false allegations at the threshold against not only senior officials but all officials should be there for offences under Prevention of Corruption Act, 1988, apart from Sec. 197 CrPC.

For now, let us wait for a new legislative product for this in the market now!