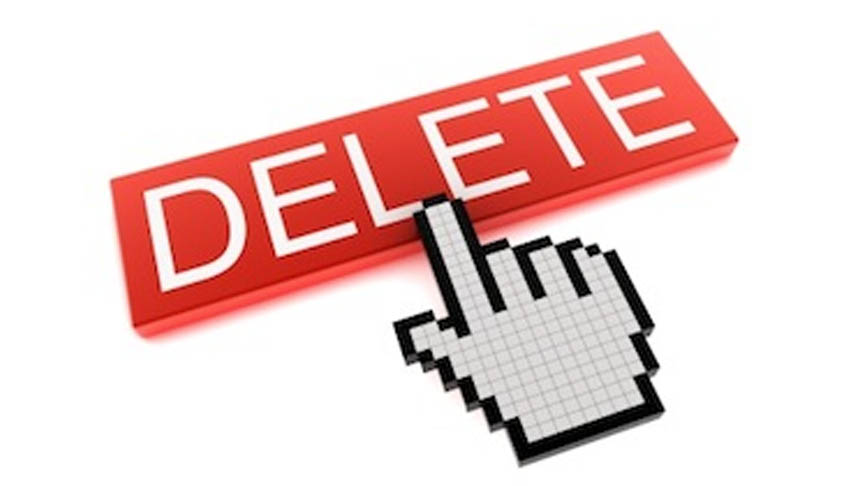 The European Court of Justice, on Thursday, ruled that individuals cannot demand removal of personal data from company records in an official register, thereby restricting the “right to be forgotten” to that extent.Such disclosure, it opined, was justified in view of the need to protect the interests of third parties, and to ensure legal certainty and fair trading, and thus the...

The European Court of Justice, on Thursday, ruled that individuals cannot demand removal of personal data from company records in an official register, thereby restricting the “right to be forgotten” to that extent.

Such disclosure, it opined, was justified in view of the need to protect the interests of third parties, and to ensure legal certainty and fair trading, and thus the proper functioning of the internal market. It further noted that the register disclosed only a limited number of personal data items. The Court, however, reserved its right to assess specific circumstances under which company registers should be limited on an individual basis.

“…as EU law currently stands, it is for the Member States to determine whether the natural persons referred to in Article 2(1)(d) and (j) of that directive may apply to the authority responsible for keeping, respectively, the central register, commercial register or companies register to determine, on the basis of a case-by-case assessment, if it is exceptionally justified, on compelling legitimate grounds relating to their particular situation, to limit, on the expiry of a sufficiently long period after the dissolution of the company concerned, access to personal data relating to them, entered in that register, to third parties who can demonstrate a specific interest in consulting that data,” the ECJ observed.

The ECJ was hearing a reference made to it by the Court of Cassation, Italy, which in turn was examining an appeal against compensation to the Respondent, Mr. Salvatore Manni, whose properties had failed to sell because a bankruptcy he had filed was kept on record at the Lecce Chamber of Commerce. The Court of Lecce, Italy had earlier ruled in favor of Mr. Manni, ordering the Lecce Chamber of Commerce to erase, anonymise or block the data linking him to the liquidation.

Differing with this order, ECJ was of the view that individuals could not, as a right, demand erasure of personal data concerning them, even after the lapse of a certain period of time from the dissolution of the company concerned. It noted that even after the dissolution of a company, its rights and legal relations continue to exist. Thus, in the event of a dispute, such data may be necessary to assess the legality of acts carried out on behalf of the company during the period of its activity. Further, erasure after a fixed period of time could not be directed in view of the different limitation periods under different national laws.

The Court then left it to the national courts to examine the existence of “legitimate and overriding reasons”, which may justify limiting the right of third parties to access such data. It noted that the mere fact of such information being a hindrance to sale of properties of Mr. Manni “cannot be regarded as constituting such a reason, in particular in view of the legitimate interest of those purchasers in having that information.”

Right to be forgotten in India

Karnataka High Court, in a landmark judgment delivered last month, accepted, applied and approved the ‘Right to be Forgotten’ in the Indian context. Directing the HC Registry to make sure that an internet search made in the public domain would not reflect the woman’s name in a previous criminal order passed by the same High Court, it had observed, “This is in line with the trend in Western countries of ‘right to be forgotten’ in sensitive cases involving women in general and highly sensitive cases involving rape or affecting the modesty and reputation of the person concerned.” You may read the LiveLaw article here.

In another instance, a Petition before Gujarat High Court had demanded that the founders of Indiankanoon.com be directed to take down hosting of a particular High Court’s order from their website, so that when the Petitioner’s name is typed on Google, the same link may not pop up. The Court however turned down the plea, observing that publication of a judgment is not in violation of Article 21 of the Constitution of India. You may read the LiveLaw article here.

Further, the High Court of Delhi is hearing a similar petition, seeking creation of a separate legal framework under ‘right to be forgotten’ to delink ‘irrelevant information’ from the internet. Notices have been issued to Centre and Google, demanding their stand on the Petition filed by an NRI, seeking deletion of a Court order, which was reproduced on the website Indiankanoon.com, contending that the same violates the Petitioner’s right to privacy and reputation.

You may read: Ctrl, Delete & Forget: The Emerging notion of ‘the right to be forgotten’- A threat to free expression? by Prof. Aman Mishra