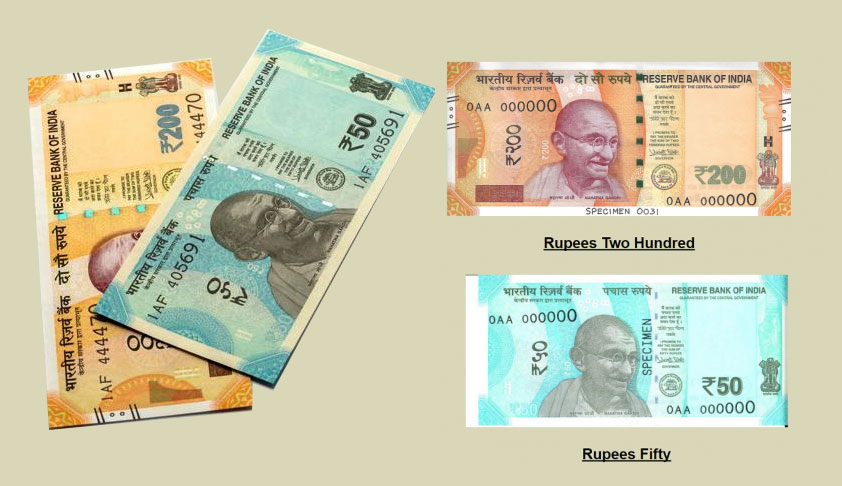 The Delhi High Court, on Wednesday, directed the Centre and the Reserve Bank of India (RBI) to examine the difficulties being faced by visually impaired people in identifying the new currency notes of Rs. 200 and Rs. 50 denominations.

"This issue is something which needs to be resolved among yourselves. You (government, RBI and the petitioner here),sit together and sort it out," the Bench comprising Acting Chief Justice Gita Mittal and Justice C. Hari Shankar said.

The Petitions have submitted that the RBI had introduced a special feature in Intaglio on all notes except those for Rs. 10. For instance, Rs. 20 note has vertical rectangles, while Rs. 50 notes used to have squares. This feature, it says, helps the visually impaired to identify the denomination and the copies of the same.

During the hearing on Wednesday, the Court asked Additional Solicitor General (ASG) Sanjay Jain to explain why the notes could not have been the same size as it used to be earlier. It further asserted that the  authorities should have consulted some visually impaired experts and others who have worked in the field. To this, Mr. Jain claimed that the currency had been designed keeping all aspects in mind.

The Court has now asked the Centre to place its view before the Court on the next date of hearing on 16 February.