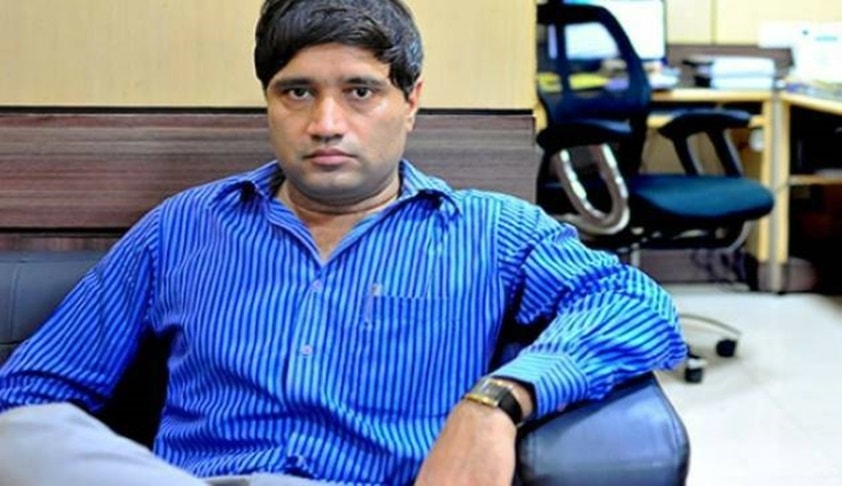 In less than a week after the Uttarakhand High Court set aside the interim stay on proceedings in a service matter instituted by IFS officer Sanjiv Chaturvedi before the Nainital bench of CAT while finding the Centre’s attitude towards him vindictive, the matter revolving around the poor appraisal report of the whistle-blower officer has been adjourned indefinitely due to recent change in...

In less than a week after the Uttarakhand High Court set aside the interim stay on proceedings in a service matter instituted by IFS officer Sanjiv Chaturvedi before the Nainital bench of CAT while finding the Centre’s attitude towards him vindictive, the matter revolving around the poor appraisal report of the whistle-blower officer has been adjourned indefinitely due to recent change in the composition of the division circuit bench which was hearing it.

It is to be noted that the Allahabad bench comes for its circuit sitting at Nainital once a week every month.

The bench of Justice Bhushan and Pati had on July 18 listed the matter for hearing on August 27 while expressly stating that on said date the “case shall be taken up as first case of hearing”. The same bench was to be in Nainital on August 27 for a week.

However, the cause list for cases listed before the circuit bench at Nainital on August 27 shows that a new bench has been put in place with Justice Bhushan and Mohd Jamshed as the administrative member while Pati is on another bench.

With this, Chaturvedi’s petition seeking quashing of his poor appraisal report for the year 2015-16 during which time he had served as CVO, AIIMS on central deputation, has been adjourned to a later date.

The cause list does not give any date and against the adjournment, it says, “LATER ON”.

While on July 18, the Nainital bench had listed the matter for August 27, the Centre had moved a petition for transfer of this matter to the principal bench in New Delhi and the CAT Chairman had while sitting singly granted an interim stay on the proceedings before the circuit bench.

The transfer petition is listed for September 7.

Chaturvedi moved Uttarakhand High Court against the interim stay and on August 21, the high court imposed a cost of Rs 25,000 on the Centre for misleading the principal bench of CAT in New Delhi into staying proceedings in the service matter.

"…we are of the considered view that the chairman of the Tribunal while sitting simply could not stay the proceedings of the matter...the order dated July 27 is also laconic and non speaking. The order passed by the chairman while sitting singly is wholly without jurisdiction.

"The attitude of the respondents towards petitioner is prima facie vindictive," a bench of Acting Chief Justice Rajiv Sharma and Justice Manoj Kumar Tiwari had said in its August 21 order while quashing the July 27 order of interim stay.

With the high court having lifted the interim stay, the matter was to come up before the Nainital bench as scheduled on August 27 but the bench stood reconstituted and the matter adjourned to “later on”.

The development has brought the extensive hearing conducted by the Nainital bench to square one.

The fate of the case now depends on the transfer petition to come before CAT principal bench on September 7.

Chaturvedi, who is at present posted as Conservator of Forests (Research) at Haldwani, had moved the Nainital bench of CAT for quashing of poor ACR for year 2015-16 during which time he had served as CVO, AIIMS on central deputation and highlighted several cases of corruption in country’s premier medical institute.

It is to be noted here that while Chaturvedi has been given poor ratings for the year, this was the time he had been fighting a legal battle against the withdrawal of work from him and praying that he be assigned some meaningful work, other than signing pension cheques, in lieu of salary he has been drawing.

The Annual Performance Appraisal Report wherein adverse entries were made for the year 2015-16 was served on him in January 2017 by which time he was posted in Haldwani and therefore, he moved the Nainital bench of CAT in accordance with Rule 6 of the CAT Procedure Rules, 1987, which gives liberty to an officer to file the case before a bench as per his place of posting.

The circuit bench of Justice Bhushan and Pati had granted interim relief to Chaturvedi directing that his poor appraisal report be not considered for the time being and had even rejected the plea of the Cabinet Secretary to remove his name as one of the respondents impleaded by the officer.

Chaturvedi said the Centre has been seeking transfer of his petition from Nainital to Delhi on ground of similarity with other petitions pending there but the fact is that the case before the Nainital bench is for quashing the downgraded Appraisal Report of Financial Year 2015-16, the other two before the principal bench are for inter-cadre deputation to the Delhi Government and for quashing of a Displeasure Memo issued by the institute.

This fact has been acknowledged by the Uttarakhand High Court in its August 21 order.