Breaking Down The Hong Kong Crisis: A Fight For Rule Of Law 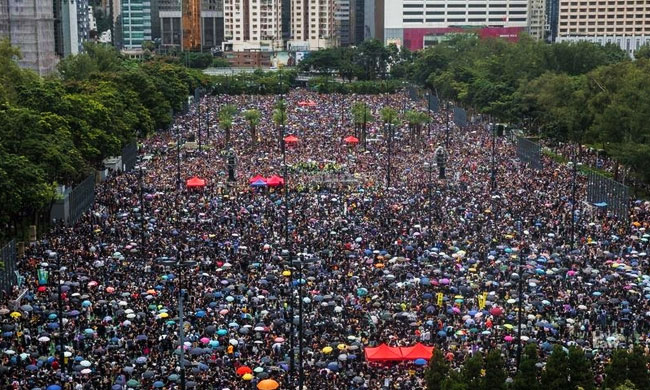 The Special Administrative Region of the People's Republic of China, Hong Kong, is now in the third month of anti-government demonstrations that show no sign of abating soon. The massive protests have emerged against a largely despised bill that will allow extradition from Hong Kong to mainland China.How It All Started "The Fugitive Offenders and Mutual Legal Assistance in Criminal...

The Special Administrative Region of the People's Republic of China, Hong Kong, is now in the third month of anti-government demonstrations that show no sign of abating soon. The massive protests have emerged against a largely despised bill that will allow extradition from Hong Kong to mainland China.

How It All Started

"The Fugitive Offenders and Mutual Legal Assistance in Criminal Matters Legislation (Amendment) Bill 2019", (the Bill) was introduced by the government of Hong Kong to enable extradition between Hong Kong and Taiwan. This bill was proposed in the light of an infamous murder case.

Chan Tong Kai of Hong Kong went to Taiwan with his girlfriend, Poon Hiu-Wing on a vacation, where he murdered her. After committing the offence, he returned to Hong Kong and later confessed to having killed her. However, the government of Hong Kong couldn't charge him for murder, because the crime was perpetrated in Taiwan; and they couldn't extradite him to Taiwan for want of an extradition agreement between the two regions.

But why is that a problem? To understand this, one needs to understand the complex political relationship between Hong Kong and China.

In principle, Hong Kong is a part People's Republic of China but, it is very different from China; reason being, its high degree of autonomy. The region was colonized by the British in 1842, after the first Opium War, until it was freed on the midnight of July 1, 1997 under a special agreement, the "Sino-British Joint Declaration", which granted a 50-years transition period to Hong Kong and let it operate as a semi-autonomous region. This means, Hong Kong will be subsumed as a part of China in 2047.

The agreement was commonly known as "One Country, Two Systems" viz. a separate currency, a different passport and separate democratic government and legal institutions for Hong Kong. The constitution of Hong Kong, "Hong Kong Basic Law" provides democratic freedoms like the right to vote, freedom of speech, freedom of the press, freedom of assembly and likewise to the people of Hong Kong which are otherwise at government's disposal in authoritarian China. China does not observe separation of powers and its legal system is politically driven, often used to arrest and silence people who differ from the government.

Thus, the people of Hong Kong are inclined towards minimum Chinese intervention and are opposing the Bill as it threatens the autonomy of Hong Kong and gives China more power over it. They fear that if the bill is passed, anyone who irks the Chinese government will become an easy target.

Young students and professionals like lawyers and politicians have taken onto the forefront in the streets to parade their distress over the bill. Since they are the first generation born under the handover agreement, in 28 years when that arrangement ends, they'll be Hong Kong's professional class, Claudia Mo, a pro-democracy leader in Hong Kong was reported saying.

Why did the government of Hong Kong introduce such a bill?

The Chief Executive is a non-partisan head of state who is elected from a pool of candidates approved by the electoral college of Hong Kong and the Central People's Government, the chief administrative body of China, as per Article 45 of the Hong Kong Basic Law. Thus the Chinese exercise ample control over the head of state.

The constitution of LegCo is governed by Section 3 of Part IV of the Hong Kong Basic Law. It prescribes that the LegCo shall be a democratically elected legislative body having 70 seats. Elections are held in the region every four years but the people of Hong Kong can vote for only 40 of the 70 seats. The remaining 30 seats are named as 'Functional Constituencies' that are voted for by various business communities and corporations of Hong Kong. These seats are generally won by pro-China political parties because the business communities find an incentive in being congenial with China.

Why won't China step a foot back?

The interference with the Hong Kong administration began because of its government's failure to implement Article 23 of the Hong Kong Basic Law. The provision states that the region shall enact laws on its own to prohibit any act of treason, secession, sedition, subversion against the Central People's Government, the chief administrative authority of China. Apart from this, is valuable to China for two reasons:

(i) It acts as a financial asset for China

With investments from across the world and involvement of thousands of American economic migrants, Hong Kong is one of the richest financial centres in the world and has secured a precious place on the world map. Its GDP in 1993 accounted for more than a quarter of that of China's GDP and the region has only grown ever since. Further, more than 1,500 multinational companies' regional headquarters are situated here and it is used by them as a launch pad to the mainland.

Hong Kong is surrounded by the South China Sea on all sides except the north which connects it to mainland China. It acts as window to the outside world for China and gives them access to the rest of the world through economically viable sea routes.

While the Chinese government will acquire control over Hong Kong in 2047 when the transition period ends, the problem is, China isn't waiting for the intervening period to expire. Over the last decade, the rights of people of Hong Kong have been eroded and the fuller democracy, which was promised as part of the handover agreement, is still an unfinished business. There have been incidents in the past as well when people of Hong Kong pushed back a legislation that would have curtailed their freedom to speech or when they took over the streets to exterminate China's influence over Hong Kong's elections.

The massive protests forced the Hong Kong's government to indefinitely suspend the bill however, the demonstrations sit-in seeking withdrawal of the bill. This is because unless it is canceled, voting on the bill could be resumed by the pro-China legislators. Many also demand absolute independence from China and hold up for the rule of law. With constant surge in protests and incessant Chinese threats to use lethal force, the entire world's eyes are set on how the situation in Hong Kong will conclude.