Fired For Being Gay: How Are Catholic Institutions In America Legally Evading Anti-Discrimination Laws 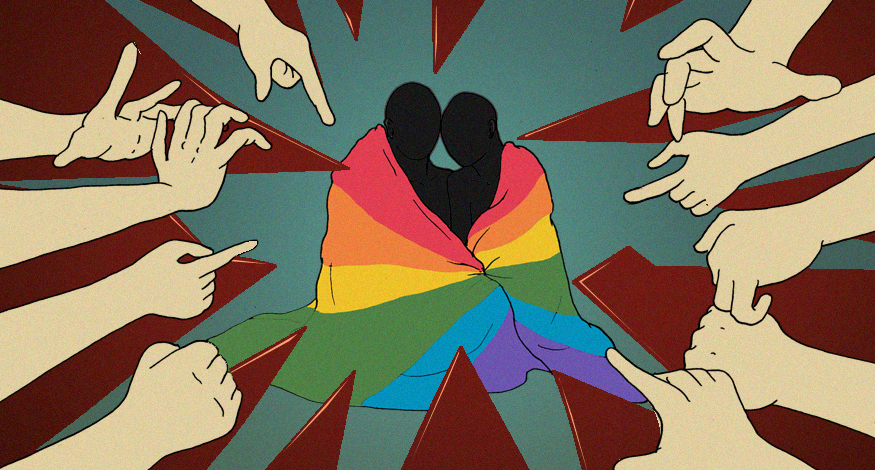 On June 21, Joshua Payne-Elliot was having a chat with his husband Layton when he was informed that the latter's Catholic school was asked by the Archdiocese to fire him from a teaching position for being public about his gay marriage. Two days after that conversation, Mr Payne-Elliot, also a teacher at a Catholic High School in Indianapolis, was removed on the same ground and under...

On June 21, Joshua Payne-Elliot was having a chat with his husband Layton when he was informed that the latter's Catholic school was asked by the Archdiocese to fire him from a teaching position for being public about his gay marriage. Two days after that conversation, Mr Payne-Elliot, also a teacher at a Catholic High School in Indianapolis, was removed on the same ground and under the orders of the same Archdiocese.

While Layton's school refused to follow the order and consequently lost its religious status, Payne-Elliot's school succumbed to the diktat quite unwillingly. 'He's a very good teacher and the decision has been made with a gun to our heads, the school said.

Archbishop Thompson made a categorical public statement stating that Cathedral's continued employment of a teacher in a public, same-sex marriage would result in them forfeiting their Catholic identity due to their employment of an individual living in contradiction to Catholic teaching on marriage. He also cited the Supreme Court's approval of Churches managing their own educational institutions as a right under the First Amendment.

The reason why such apparently arbitrary acts can be permitted is the Supreme Court's 2012 judgement in Hosanna-Tabor Evangelical Lutheran Church & Sch. v. EEOC, 132 S. Ct. 694, 708 (2012). In this case, a teacher who was fired after she was trying to return from a disability leave filed an anti-discrimination lawsuit against the religious school. The court rejected her plea by upholding the doctrine of 'ministerial exception' which exempts religious organisations from the application of antidiscrimination laws when that application might violate the principles of the First Amendment, such as the Establishment Clause or the Free Exercise Clause. The court unanimously opined that:

"We agree that there is such a ministerial exception. The members of a religious group put their faith in the hands of their ministers. Requiring a church to accept or retain an unwanted minister, or punishing a church for failing to do so, intrudes upon more than a mere employment decision. Such action interferes with the internal governance of the church, depriving the church of control over the selection of those who will personify its beliefs. By imposing an unwanted minister, the state infringes the Free Exercise Clause, which protects a religious group's right to shape its own faith and

mission through its appointments. According the state the power to determine which individuals will minister to the faithful also violates the Establishment Clause, which prohibits government involvement in such ecclesiastical decisions."

In the aforementioned decision, the apex Federal Court not only upheld the constitutionality of ministerial exception which is a judge-made doctrine but it also left it to the Church to decide who qualifies as a minister. Any judicial interference thereon, would be a violation of the First Amendment.

Strict interpretation of the Supreme Court's ratio in Hosanna-Tabor can open the floodgates of discriminatory practices being dealt with impunity. The threat is not just to the LGBTQ community but to others as well who do not adhere to puritan Catholic values such as prohibition of abortion.

Despite the judgment posing an imminent threat to the fate of Payne-Elliot's case, the hope is not completely lost. The court in Hosanna-Tabor clearly mentioned that the ratio of the present case applies only to anti-discrimination suits. The court observed that:

"[w]e express no view on whether the exception bars other types of suits, including actions by employees alleging breach of contract or tortious conduct by their religious employers."

This leaves a window for a suit to be maintained against the Church for contractual liability arising out of an employment contract. There are two reasons in jurisprudence that justify this claim:

Despite this technical window, it is difficult to imagine that the courts will not entangle the issue of contractual liability with ministerial exception; eventually ruling in favour of the latter. This exposes the fault lines of Hosanna-Tabor judgment. A doctrine which is a judicial construction allows a religious institution to supercede the protections explicitly enshrined under the Constitution. If the ratio is not reviewed, the Church will extend its monopoly over domains which are not even religious in character, when it comes to employment under religious institutions. Till then, the contractual liability should be given its due recognition in suits against the Church and the courts should not blindly invoke the ministerial exception.

Amidst all this, Mr Payne-Elliot wants his case to be a battle for all such similar instances of employment discrimination which have taken place in the recent past. In an interview with the Associated Press he said, 'We hope that this case will put a stop to the targeting of LGBTQ employees and their families.'