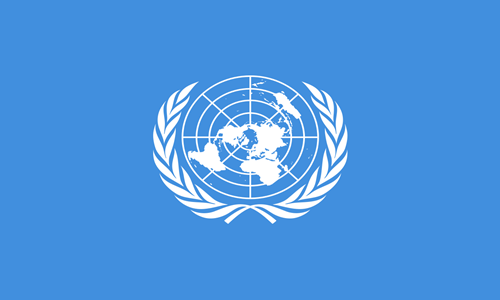 Drafting Committee of the International Law Commission (ILC/ the Commission) on July 8 provisionally adopted eight draft legal principles to strengthen environment protection before, during and after armed conflicts.

ILC was established on November 21, 1947 vide Resolution No. 174 of the United Nations General Assembly with an aim to codify international law and address problems surrounding public and private international law.

As per the Statement of the Chair of the Drafting Committee, Mr. Claudio Grossman Guiloff, seven meetings were held from May 27 through June 4, with incessant coordination of Special Rapporteur Dr. Marja Lehto, to address the agenda.

The relevant draft principles (DPs) are discussed below:

This principle calls upon all the state actors to assist all persons displaced from their homes in view of a war and to preserve the environmental surroundings in the place of shelter.

Adverse effect on the environment due to unplanned and spontaneous displacement of war affected population is not an alien concept. Overuse of natural resources in the camps creates excessive environmental stress and affects the health of both the refugees and the local population. The principle endows responsibility on international organizations and the state, both, thus building a "burden-sharing mechanism". However, it is unclear if the word "state" includes those states that are used as a channel for movement by the displaced persons.

This principle confers, on the wrong-doer state in an armed conflict that causes damage to the environment, the responsibility to make full reparation for such damage, including damage caused to its own environment.

Principle 10 suggests that corporations operating in conflict affected areas must be charged with the responsibility to ensure that "natural resources are purchased or obtained in an environmentally sustainable manner" by way of legislative measures. It must also be ensured that due diligence is observed with regards to human health.

The term 'environmentally sustainable' indicates that the commission understands the significance of social and environmental interaction.

Principal 11 naturally emanates from the preceding principle, and invites all states to frame penal legislations w.r.t. harm caused to the environment in a conflict affected area by corporations or their subsidiaries.

DP 12: Martens Clause with respect to the Protection of the Environment in relation to Armed Conflict

Usage of the word 'humanity' within an environment centric module gives inkling towards coherent association of man and nature.

Dr. Lehto pressed that such unlawful appropriation causes deviant stress to the environment and subjects the rest of the population to scarcity. However, she agreed that this term has much reference to 'property' and it ousts atmosphere from its domain.

This principle restricts any state from deliberately altering the environmental conditions of any other state such that the effects are critical and long lasting.

This principle takes into account situations where the perpetrators of environmental damage are unidentified or where atonement is not possible, and encourages states to take "appropriate measures so that the damage does not remain unrepaired …establishing special compensation funds or providing other forms of relief or assistance".

Such remedial measures should essentially be initiated by the international community and the affected states should not be burdened alone.