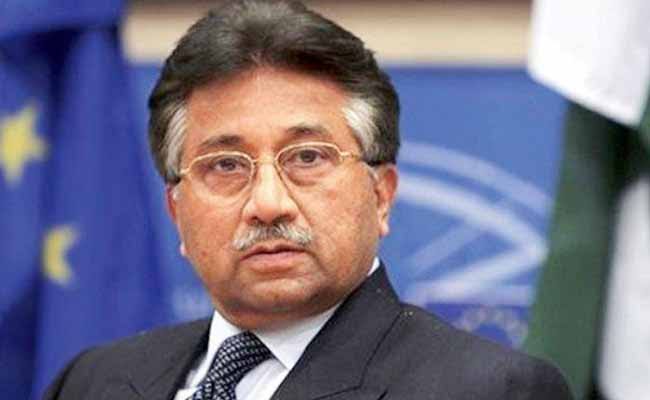 The Special Court of Islamabad on Tuesday convicted former Army General and former President of Pakistan, Pervez Musharraf for committing "High Treason" and sentenced him to death. The decision against Musharraf was passed in 2:1 majority, for imposing "extra-constitutional" emergency in Pakistan, in November, 2007. While the 2007 emergency was imposed citing feeble judiciary...

The Special Court of Islamabad on Tuesday convicted former Army General and former President of Pakistan, Pervez Musharraf for committing "High Treason" and sentenced him to death.

The decision against Musharraf was passed in 2:1 majority, for imposing "extra-constitutional" emergency in Pakistan, in November, 2007.

While the 2007 emergency was imposed citing feeble judiciary and high threat from militant attacks, the timing of the emergency quite conveniently coincided with the time when Musharraf's government was facing widespread public opposition. During emergency, all high court and Supreme Court judges of Pakistan were asked to take oath under the 'Provisional Constitutional Order', and those who didn't were placed under house arrest.

On 31 July 2009, the Pakistan Supreme Court decided the declaration of emergency rule by Musharraf to be unconstitutional under Article 279 of the Constitution of Pakistan. It also declared the steps taken in declaring the state of emergency to be null and void, and specifically stated that the removal of judges was unconstitutional and illegal.

Subsequently, in December 2013, Musharraf was booked for High Treason under Article 6 of the Constitution of Pakistan, 1973.

Considerably, Article 6 was inserted in the Pakistan Constitution in 2010, by way of 18th Amendment. Further, it is punishable with life imprisonment or death under Section 2 of High Treason (Punishment) Act, 1973.

The Investigation team, constituted by Federal Investigation Agency, found that a case is made out against Musharraf. While the trial commenced in March, 2014, the matter was kept long pending due to litigation at appellate forums, lending Musharraf time to flee to Dubai.

It said that the court had the jurisdiction to pass a verdict even in the absence of the accused. Reliance was placed on a ruling of the Pakistan Supreme Court in Lahore High Court Bar Association v. Genral (R) Pervez Musharraf (2019 SCMR 1029), to hold,

"It is patent by the act and conduct of the accused facing trial, that he has persistently and stubbornly strived ever since the commencement of this trial, to delay, retract and in fact evade it…the ordinary sessions trial would halt on willful absence of the accused; as a judgment cannot be pronounced in absence if accused u/s 366(2) CrPC, yet s.9 of the [High Treason (Punishment)] Act is couched in such words as to lead to the conclusion that the legislature had visualized present scenario where the accused is evading the due process of law by willfully absenting himself. Such being the case, the command of s.9 of the Act is to continue the trial and reach it to its logical ending."

On the question whether Musharraf had subverted the constitution and had committed the offence of High Treason, the judges held,

"These matters have already been decided by the Supreme Court and even the review against this verdict has also been decided against the accused by a unanimous verdict of 14 to nil…the accused alone has been held responsible for the crime cited in the charge."

It is noteworthy that the Pakistan Constitution does not define the words "high treason" and the majority judgment was rendered on the basis of the dictionary meaning of the words, as entailed in the Oxford Dictionary.

The court went on to consider whether there were justifiable circumstances in favour of the accused leading to legitimization of the act of high treason. Concluding in the negative, the court said,

On the question of sentencing, the judges held that Musharraf should be apprehended from Dubai and must be hanged by his neck till he dies on each count as per charge. The bench however went on to hold that in case he is found to be dead before being apprehended, his body must be hanged in Islamabad for public display, for 3 days.

"We direct the Law Enforcement Agencies to strive their level best to apprehend the fugitive/convict and to ensure that the punishment is inflicted as per law and if found dead, his corpse be dragged to the D-Chowk, Islamabad, Pakistan and be hanged for 3 days," the order read.

Justifying this ruthless manner of sentencing, the bench said,

The court also directed that any person who was involved in facilitation of Musharraf's escape should also be brought in the net of due course of law and their criminal acts should be investigated and tried in accordance with law.

In his dissenting judgment, Justice Nazar Akbar of the Sindh High Court said,

He refused to refer to the dictionary meaning of the words and found it more apt to rely on the Commentary by Justice Muhammad Munir.

Inserted in the year 2010, the provision does not expressly state whether it is applicable prospectively or retrospectively. Thus, giving his interpretation, Justice Akbar held,

"I do not find any clear intention from the language of amendment that it was intended to be effective retrospectively. Additionally, the use of words "shall be" guilty of high treason, cannot be read to include a person who had suspended or held in abeyance the Constitution in the past."

Lastly holding that the investigation was "hopelessly defective" and prejudicial, he held that the prosecution had failed to make out a case against Musharraf and discharged him of the charges.