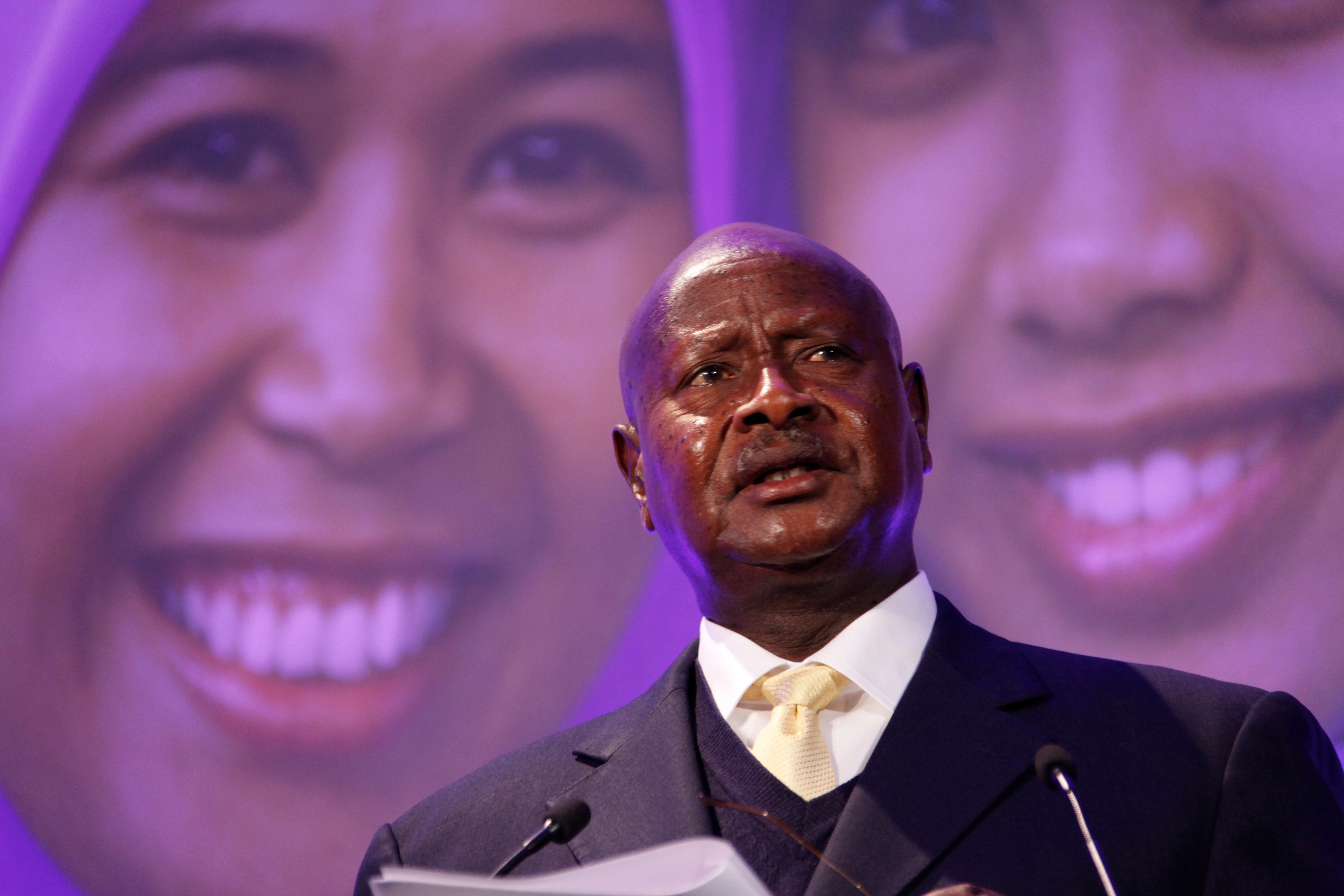 x
"The removal did not in any way negate the people's power to choose a leader of their choice. If anything it just increased the spectrum of the people's choice."

The Supreme Court of Uganda has upheld the validity of Constitutional Amendment which removed age limit for the President and Local Council V Chairpersons. The Court unanimously upheld the Constitutional Court (majority) finding that the amendment does not violate basic structure and that the President elected in 2016 is not liable to vacate office on attaining the age of 75...

The Supreme Court of Uganda has upheld the validity of Constitutional Amendment  which removed age limit for the President and Local Council V Chairpersons.

The Court unanimously upheld the Constitutional Court (majority) finding that the amendment does not violate basic structure and that the President elected in 2016 is not liable to vacate office on attaining the age of 75 years. Though there were dissenting opinions regarding other issues, the majority (4:3) dismissed the appeal against the Constitutional Court.

Now, as the Supreme Court has upheld the amendment, the President Museveni,  can contest for reelection in 2021, his 36th year in office.

The judgments mention landmark judgments of Indian Supreme Court like Kesavananda Bharati and Minerva Mills. Basic structure doctrine is a judge-made Indian principle stating that a country's Constitution has certain basic features that cannot be amended by its legislative body, the Chief Justice of the Supreme Court Bart M. Katureebe said. The judge said:

It also took note of the judgment in Minerva Mills v. Union of India, AIR 1980 SC 1789, which held that Parliament has no power to repeal, abrogate or destroy basic or essential features of a constitution.

The judge explained the Basic Structure doctrine as follows:

"To my understanding, the Basic Structure doctrine may be equated to a family house. It must have a strong foundation, strong pillars, strong weight-bearing walls, strong trusses to support the roof. The roof could be grass thatch, as happens in many of our homesteads. The roof could be iron sheets of particular gauge. The iron sheets could be of different colours. If the wind blew away part or all of the roof, the basic structure should remain and the next day the family can put the roof back. But if the weight bearing pillars were undermined or removed, the whole structure would collapse. It would not be a dwelling house anymore."

With this analogy, it was held that the restriction on the age of a President or the Chairperson Local Council was not a basic pillar of the Constitution of Uganda and was therefore not part of the basic structure.

"In terms of the analogy set out herein above, the restriction on age may be a roof or shutter on a house; very important on the house but capable of being altered without changing the basic structure of the particular house. It is not a foundation or a strong pillar on the house which, if changed, would lead to the collapse of the house."

Answering the issue in negative, the Chief Justice observed that rather than restricting the participation of Ugandans in the affairs of government, the removal of the restriction on age enhances such participation.

Problem Is Not With The Age Of The Leader

The Chief Justice also gave some examples to suggest that the problem is not the age of the leader. None of the people who terrorized Uganda and the subject of the Preamble were anywhere near 75 years of age, the judge said. He further observed:

"In Malaysia, in May 2018, Prime Minister Mahathir Mohamad was popularly elected at the age of 92, becoming the oldest political leader in the World. And of greater interest to know is the fact that he is a person who had before led that country, retired and left others to take over. The people felt he should return to power and they indeed re-elected him. In Austria, Sebastian Kurz, the current Chancellor was elected in December 2017 at a very young age of 31 years. In British history, William Pitt the Younger, became the youngest British Prime Minister in 1783 at the age of 24 years. He left office in 1801 but was re-elected in 1804 and served up to 1806. On the negative side, neither Hitler nor Idi Amin who committed such heinous atrocities were 75 years or above, or below 35 years."

The majority (4:3) upheld the following findings by the Constitutional Court

Read Judgment (CJ's) [ All other judgments can be read here]