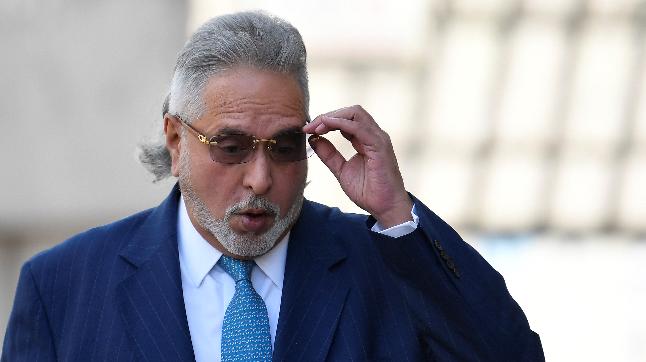 Liquor baron and fugitive businessman Vijay Mallya's appeal against his extradition order has been rejected by the High Court in United Kingdom on Monday. Pursuant to a request from the Indian Government, the Senior District Judge (SDJ) at the Westminster Magistrate's Court had, in December 2018, ordered Mallya to be extradited back to India so he could face charges of financial...

Liquor baron and fugitive businessman Vijay Mallya's appeal against his extradition order has been rejected by the High Court in United Kingdom on Monday.

Pursuant to a request from the Indian Government, the Senior District Judge (SDJ) at the Westminster Magistrate's Court had, in December 2018, ordered Mallya to be extradited back to India so he could face charges of financial irregularities. Mallya preferred an appeal to this order in February 2020. A two judge Bench comprising of Lord Justice Stephen Irwin and Justice Elisabeth Laing presided over the appeal at the Royal Courts of Justice in London.

The Court considered and rejected 6 challenges to the 2018 order, wherein it was argued that the SDJ had erred in her approach towards the questions of law raised, and subsequent appreciation of evidence.

The judgment, handed down remotely via email due to the present Corona virus lockdown, clarifies that in extradition cases, the Court must only satisfy itself of the existence of a prima facie case against the requested person, and not delve into establishing the truth. It has thus been ruled that evidence suggested a case against the 64-year old tycoon which could lead a reasonable jury to confirm charges against him, and therefore he must be extradited to India to face trial and answer questions.

Rejecting Mallya's argument that the SDJ needed to be sure of his guilt to pass such an order, it was held that

Junking all contentions regarding the lack appreciation of evidence and admissibility of the same, the Court upheld the SDJ's decision to not got into a fact finding exercise do determine the merits of the allegations against Mallya.

"It is clear beyond any doubt that the SDJ directed herself properly. It is clear she had the criminal burden and standard in mind when she considered whether there was a prima facie case.

In our view, the SDJ was not making "a decision not to consider all the evidence" in the sense criticised. She plainly considered a vast amount of evidence, from both sides. She knew what was her task, and she was fully aware of the burden and standard of proof which must govern any eventual trial. She was well aware of what was "needed to prove a prima facie case, or not"."

In a significant observation regarding the charges of conspiracy and money laundering, the Court took the view that there exists sufficient material to suggest that a jury could infer that Mallya was behind the process through which applications for the loans in question were made.

"It seems to us that there was material from which a properly instructed jury could draw a secure inference that the Appellant was knowingly behind all the steps that led to the applications for the loans being made in the forms in which they were."

With this appeal being dismissed, the final call on Mallya's extradition will now lie with the Secretary of State, i.e- Home Secretary, Priti Patel. However, he now has a period of 14 days to seek permission to appeal to the Supreme Court of UK. Failing to do so, he would be extradited to India within 28 days and subsequently face trial on charges of fraud and money laundering to the extent of an estimated amount of Rs. 9000 Crore.

Mallya left India on March 2, 2016 in the wake of cases registered by the ED as well as the Central Bureau of Investigation, for alleged fraud and money laundering amounting to an estimated Rs 9,000 crore.