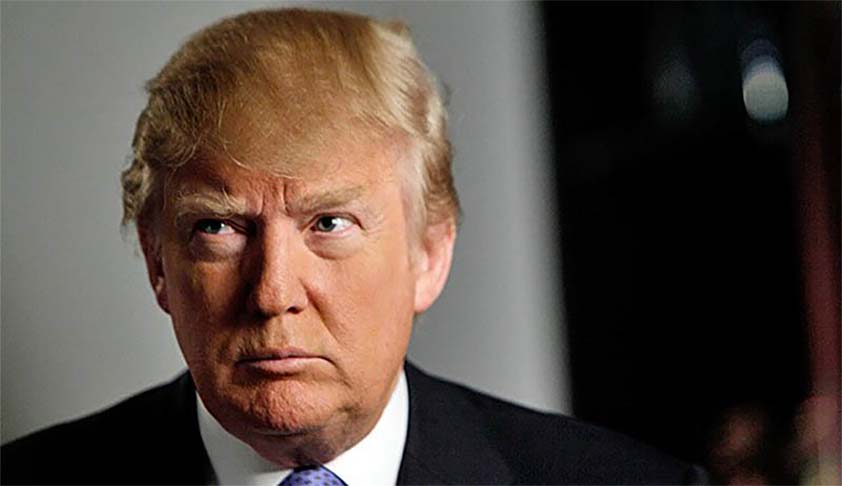 With a majority of 7-2, the Supreme Court of the United States has ruled against complete presidential immunity by allowing a New York prosecutor access to the President's financial records. However, the Congress has been prevented from similar access to the documents, for the time-being. In the case Trump v. Vance, District Attorney of the County of New York, et al., the SCOTUS laid...

With a majority of 7-2, the Supreme Court of the United States has ruled against complete presidential immunity by allowing a New York prosecutor access to the President's financial records. However, the Congress has been prevented from similar access to the documents, for the time-being.

In the case Trump v. Vance, District Attorney of the County of New York, et al., the SCOTUS laid down the principle that a sitting President cannot evade criminal investigation, thereby ruling that the subpoena issued for retrieving his financial records for turning over to a grand jury can be enforced. Despite this, the Court chose to not go into the aspect of whether the Congress could also obtain the financial documents, and sent the matter back to the lower courts.

It is to be noted that the instant case involves the first state criminal subpoena directed to a President, which the President claims to be unenforceable.

Subsequent to an investigation which had been opened by the New York County District Attorney's Office into "business transactions involving multiple individuals whose conduct may have violated state law", a subpoena duces tecum had been served in 2019 on the personal accounting firm of President Donald Trump, for access to his financial records. President Trump, in his personal capacity, had sued the district attorney as well as his personal accounting firm, submitting the argument that "a sitting President enjoys absolute immunity from state criminal process under Article II and the Supremacy Clause".

The Federal District Court, wherein the suit had been filed by President Trump, dismissed the case under the abstention doctrine in Younger v. Harris, and "in the alternative, held that the President was not entitled to injunctive relief". The Second Circuit rejected the District Court's dismissal, but agreed with the denial of injunctive relief, "concluding that presidential immunity did not bar enforcement of the subpoena" as well as rejected the argument that in order to seek the President's documents, the state grand jury subpoena must "satisfy a heightened showing of need".

The judgement commences on the following note:

"In our judicial system, 'the public has a right to every man's evidence'. Since the earliest days of the Republic, 'every man' has included the President of the United States. Beginning with Jefferson and carrying on through Clinton, Presidents have uniformly testified or produced documents in criminal proceedings when called upon by federal courts."

Rejecting Trump's argument, it was held that Article II and the Supremacy Clause of the US Constitution do not preclude or require a heightened standard for the issuance of a state criminal subpoena to a sitting President. This was supported by the direction given by John Marshall in 1807 in a treason trial of Aaron Burr to grant Burr's motion for a subpoena duces tecum directed at President Thomas Jefferson.

"In the two centuries since Burr [United States v. Aaron Burr], successive Presidents from Monroe to Clinton have accepted Marshall's ruling that the Chief Executive is subject to subpoena and have uniformly agreed to testify when called in criminal proceedings".

The ruling had also been applied in the case of United States v. Nixon wherein the Court had rejected Nixon's claims of absolute privilege of confidentiality for all presidential communication during the Watergate Scandal.

Relying on the cases of Burr and Nixon yet again, the SCOTUS observed that federal criminal subpoenas do not "rise to the level of constitutionally forbidden impairment of the Executive's ability to perform its constitutionally mandated functions (Clinton v. Jones)". It further rejected the claim that state criminal subpoenas necessarily pose a "unique threat of impairment and thus require absolute immunity".

It has also been contended by the President that "complying with state criminal subpoenas would necessarily distract the Chief Executive from his duties" and that "the stigma of being subpoenaed will undermine his leadership at home and abroad."

This was also rejected by the SCOTUS, which observed:

"But even if a tarnished reputation were a cognizable impairment, there is nothing inherently stigmatizing about a President performing 'the citizen's normal duty of…furnishing information relevant' to a criminal investigation. Nor can the risk of association with persons or activities under criminal investigation absolve a President of such an important public duty."

The Court also rejected the argument that subjecting Presidents to state criminal subpoenas will make "easily identifiable target(s)" for harassment by referring to an identical argument being rejected in the case of Clinton wherein it had been concluded that the risk posed by harassing civil litigation was not "serious" as the federal courts had the authority to "deter and dismiss vexatious lawsuits". It was observed that there was already in place which sought to protect against abuse from "arbitrary fishing expeditions" or investigations which stemmed from malice or the intention to harass.

The Court observed that a state grand jury subpoena seeking access to the financial records of a President did not have to satisfy a heightened need standard for three reasons:

"First, although a President cannot be treated as an 'ordinary individual' when executive communications are sought, Burr teaches that, with regard to private papers, a President stands in 'nearly the same situation with any other individual'. Second, there has been no showing here that heightened protection against state subpoenas is necessary for the Executive to fulfill his Article II functions. Finally, absent a need to protect the Executive, the public interest in fair and effective law enforcement cuts in favour of comprehensive access to evidence".

Lack of a "heightened need standard", however, does not leave the President without any recourse as he may avail the same protections available to every other citizen, including the right to challenge the subpoena on any grounds permitted by state law, which usually include bad faith, undue burden or breadth. The President can also raise subpoena-specific constitutional challenges in either a state or a federal forum.

Justices Thomas and Alito penned their dissenting opinions, with Justice Alito noting that:

"The subpoena at issue here is unprecedented. Never before has a local prosecutor subpoenaed the records of a sitting President. The Court's decision threatens to impair the functioning of the Presidency and provides no real protection against the use of the subpoena power by the Nation's 2,300+ local prosecutors. Respect for the structure of the Government created by the Constitution demands greater protection for an institution that is vital to the Nation's safety and well-being. I therefore respectfully dissent".