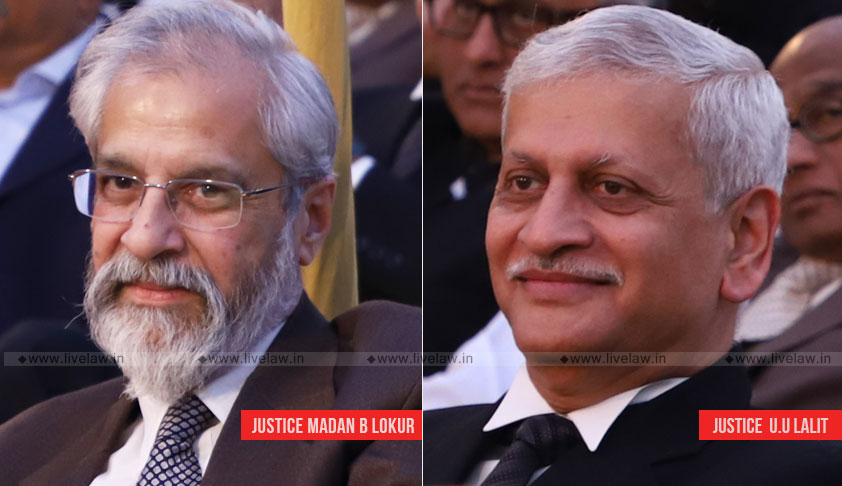 After calling on the Centre to draft the Standard Operating Procedure (SOP) for handling complaints involving child pornography, the Supreme Court was, on Tuesday, finally presented with an affidavit on behalf of the Ministry of Home Affairs.

In view of the affidavit, the court directed the Centre to frame the necessary guidelines or SOP and implement them within two weeks.

A bench comprising Justice MB Lokur and Justice UU Lalit ordered, “The Government of India may frame the necessary Guidelines / SOP and implement them within two weeks so as to eliminate child pornography, rape and gang rape imageries, videos and sites in content hosting platforms and other applications.”

The direction was issued during the hearing of a suo motu petition initiated by the court pursuant to a letter sent by Hyderabad based Prajwala, an anti-trafficking NGO, back in 2015.

The letter was addressed to former Chief Justice of India HL Dattu and was accompanied by two rape videos in a pen drive. The letter had demanded that the Ministry of Home Affairs tie up with messaging systems and websites to prevent these videos from being uploaded. It had also appealed to the states to introduce special training when it came to cyber-crime issues.

Hearing this petition, the court had, on October 22, directed the Centre to finalise the SOP by November 15. While fixing this cut-off date, it had clarified that improvements can continue to be made after such date as well.

It had ordered, “In any event, since these comments, improvements and suggestions from the State Governments may be a continuous process, we are of the opinion that a cut-off date must be fixed for finalizing the Standard Operating Procedure. Accordingly, we fix 15th November, 2018 as the date for finalizing the Standard Operating Procedure. Of course, this does not mean that improvements cannot be made from time to time and as and when necessary.”

The court was then informed about the actions taken by the Centre in this regard, including launch of a cyber crime portal and finalisation of an SOP.

The matter will next be heard in February 2019.