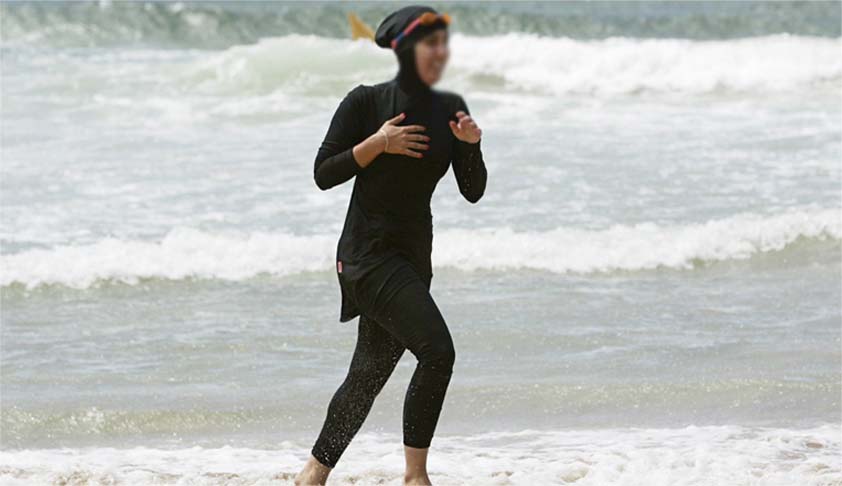 The much controversial Burkini ban has been suspended by the highest administrative Court of France. The court stated that it "seriously and clearly illegally breached fundamental freedoms" and that the local authorities did not have the power to restrict individual liberties in this way without "proven risk" to public order.

As per a report in BBC, the final verdict on the ban will be made later but the court's decision is expected to over-rule the bans imposed. The ban in a coastal town of Villeneuve-Loubet brought to the court’s notice by a human rights group, the Human Rights League (LDH), and an anti-Islamophobia association (CCIF) is likely to be exemplary for 30 other towns with Burkini bans.  However the scars of the recent attacks by the terror group Islamic State in July have held back the authorities in the town of Nice from calling it off. The town hall authorities in Frejus and the Corsican village of Sisco, which witnessed clashes between villagers and Muslim bathers have also determined to keep the bans in place.

Designed especially for Muslim women, the Burkini, a mix of burqa and bikini, is a full body swim suit that enables women to bathe in public beaches and also keep their religious virtues intact. As per the Nice authorities the prohibition was a natural response to a militant attack by an Islamist, who ploughed a lorry into families on the sea-front on 14th July, killing 86 people. The ban however does not refer to the term burkini, but is carefully worded as "correct dress, respectful of accepted customs and secularism, as well as rules of hygiene and of safety in public bathing areas".

Human rights groups have welcomed the ruling. Amnesty International’s Europe director, John Dalhuisen, said it had "drawn a line in the sand", "French authorities must now drop the pretence that these measures do anything to protect the rights of women. These bans do nothing to increase public safety but do a lot to promote public humiliation”. The furore intensified after pictures and video of police making a woman take off an item of clothing prompted widespread anger.

The public authorities have however backed their stance on protection of individuals against discrimination. On Thursday, Prime Minister Manuel Valls described the burkini as "a political sign of religious proselytising" and said that The French Republic was "not at war with Islam", he argued, but "protecting [Muslims] against discrimination". As per the BBC report an opinion poll also suggests that the public sentiment at large is in favour of the ban and was considered essential for maintaining public order and secularism.

French laws on secularism have stirred controversies in the past as well for their specific diktats on religious clothing and symbols. The court’s ruling is crucial in so far its effect on international Human rights laws their abeyance in the face of political oppression.