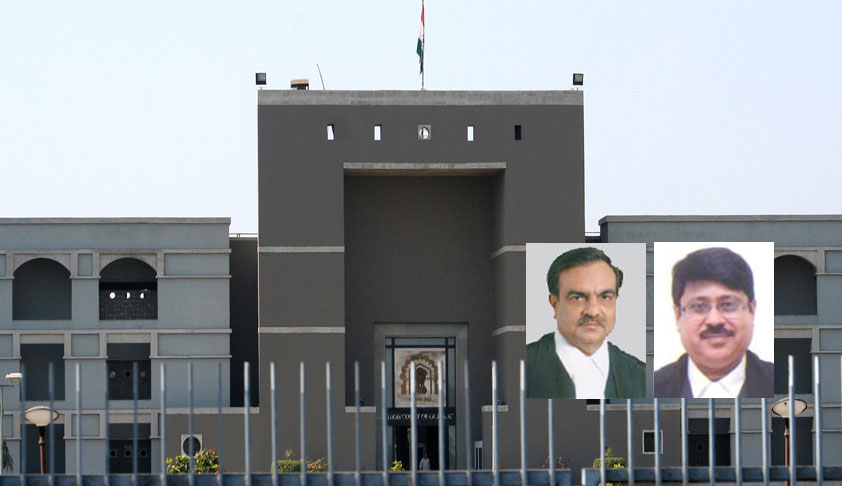 The Gujarat High Court in the ‘Godhra’ Judgment held that the state Government had failed in its duty to maintain law and order in the state during the period of Godhra incident. The High Court, on Monday, commuted to life imprisonment the death sentence awarded to 11 convicts in the case of the burning of Sabarmati Express in Godhra in 2002, which had triggered massive communal riots...

The Gujarat High Court in the ‘Godhra’ Judgment held that the state Government had failed in its duty to maintain law and order in the state during the period of Godhra incident.

The High Court, on Monday, commuted to life imprisonment the death sentence awarded to 11 convicts in the case of the burning of Sabarmati Express in Godhra in 2002, which had triggered massive communal riots across the State of Gujarat, claiming the lives of more than 1,000 people.

“It is evident from the testimony of several witnesses (to illustrate see PW 83, 84, 85)  that it was a public call to take part in a religious ceremony for Seva Puja / Aahuti given by religious bodies like Vishwa Hindu Parishad, Bajrang Dal, etc., in the month of February, 2002 on an around 18th of February, 2002 at Ayodhya. There is a long drawn dispute in relation to Ram Janma  Bhumi and Babri Masjid in Ayodhya  and State  cannot plead ignorance of the said situation.   Constitutional obligation to maintain law and order obligated the State to ensure safety of the persons who ventured to go to Ayodhya for Aahuti, etc. Furthermore, Signal Faliya, Godhra is highly sensitive communal riots prone zone to the knowledge of the State.   In the above factual scenario, the Government ought to have  apprehended  the   trouble   at  least   in  sensitive   areas  like   Signal Faliya where-from the train was scheduled to pass.  Evidence on record do not indicate any dedicated efforts of maintaining law and order at sensitive place like Signal Faliya, except few constables / RPF personnels loitering here and there before the incident in question. It is the case of the State that as many as 59 persons were roasted alive and many more were injured during the incident in question. This argument itself admits the failure on the part of the State to maintain law and order”.

The Bench also observed that maintenance   of   law   and   order   is   State's   absolute responsibility without any exception and in the event of mass casualty at a public place in a case where there was a mass declaration of a vow by members of public to perform Kar Seva at the highly disputed Ayodhya site, the State's responsibility multiplied manifold and failure to maintain law and order in such a situation would necessarily render the State to the liability of compensation for the victims of crime.

The Bench observed that this is not a case where in a stray incident one or two lives are lost.  It is a case of mass casualty and when mass casualty occurs State's responsibility multiplies manifold and it can have no reason to deny just fair and reasonable compensation.

The compensation is thus not a bounty but it can be sourced to Article 21 of the Constitution of India. It can be argued that if the State lays down the rule of behaviour, it should not only punish the violation thereof but also look after the suffers of the violation; if the State prohibits all private vengeance, it should go to the rescue of victim of crime, the perpetration of which it failed   to   contain;   if   the   reformatory   measures   are   necessary   for rehabilitation of offenders, the compensatory measures for rehabilitation of the victims of crime are also necessary”.

According to the Bench, it cannot be disputed that each and every individual either dead or injured in the incident in question had  guaranteed right to life and liberty under Article 21 of the Constitution of India and the lack of maintenance of law and order in the factual scenario above-stated would render the State liable to compensation not only because lives are lost; but because it failed to maintain the expected law and order.

The Bench held that Indian Railways, particularly, North, Central and Western Zones and authorities In-charge thereof were fully aware about overcrowded trains running through the territories under their control for which no measures were taken to ensure safety of the passengers or to provide alternatives.

“We are, therefore, of the view that not only the State Government, but the Ministry of Railways, Union of India, are equally negligent in performing the duties for providing safety to the passengers travelling in the trains.   That compensation can neither be peanuts for the victim nor a bounty.  It must be just, fair and reasonable. The cases on hand have gone through the gamut of investigation, further investigation,   constituting   SIT   by   the   Apex   Court,   then   trial   and proceedings before this Court and the incident which took place in the year 2002, compensation that is to be decided and paid in the year 2017 if determined reasonably, meaning thereby without entering into the percentage of interest, etc, the amount of compensation to be awarded to each of the victim for loss of life shall be Rs.10 lakhs will be just and fair to be shared equally by the State of Gujarat and the Ministry of Railways, Union of India.  In case, any ex gratia  payment is made to the victim either by the State of Gujarat or Ministry of Railways, or under any scheme of the Central Government, such amount is to be excluded against this amount”.

The Bench also considered (I) over crowdedness of the coach; (ii) more than 100 people could disembarked the train   in offside safely as mitigating circumstances to set aise the death penalty of accused.

“it appears that over crowdedness in the coach contributed to the enhancement of number of casualties   which,   in   our   judgment,   might   have   been   far   far   low   in absence   of   the   coach   being   overcrowded   with   double   the   official capacity of the passengers and the luggage.   Furthermore, though the accused had ignited  the  coach on its on¬side, about more than 100 people could escape to the off-side suggesting that the accused had the intention to cause death and maximum damage, they did not intend to enhance the number of casualties.   Besides, qualitative analysis of the entire evidence though sufficient enough to sustain conviction, do not justify awarding sentence of death and, therefore, we are of the opinion that the death penalty is not warranted in the facts and circumstances of the case by imposing an alternative sentence of rigorous imprisonment for life, all these references are answered accordingly”, said the Bench.