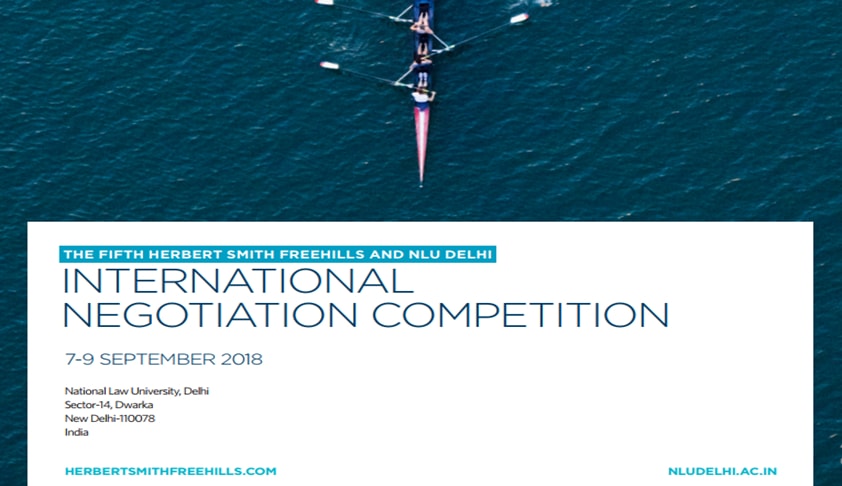 The fifth edition of the International Negotiation Competition, jointly organised by Herbert Smith Freehills LLP and National Law University, Delhi, will be held at NLU Delhi from September 7th to 9th.

Started in 2014, this invite-only competition is the first of its kind in India. It brings together students from top law universities across the globe to participate in negotiations based on simulations that closely imitate an international environment.

The negotiation simulations consist of a common set of facts known to all participants and confidential information known only to the participants representing a particular side. Teams submit a negotiation plan prior to the competition and then discuss these plans with the other party in negotiation sessions that last for 80 to 90 minutes.

Over the years, the other winners have been:

The brochure for the event can be found here.