I Would Rather Be Remembered As A Good Judge Than A Bad CJI: Justice J Chelameshwar (Retd) 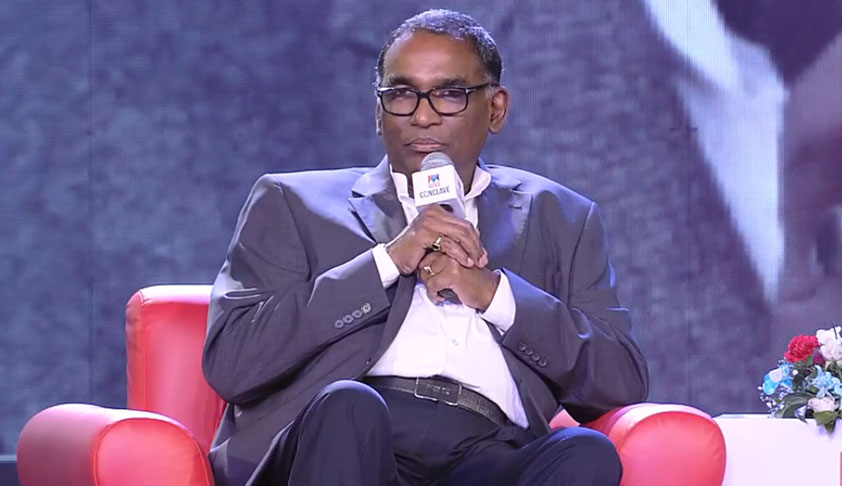 ‘When we choose to be silent, we have ourselves to blame. The hottest place in hell is reserved for those who ‘remain silent’.’

“I would rather be remembered as a good judge than a bad Chief Justice,” said Justice Jasti Chelameshwar (Retd) as he sat down with Sanjay Jha, president of the All India Professionals Congress (AIPC), in a frank and forthright discussion called “Dissent in Democracy” organised at Father Angels School campus in Bandra, Mumbai, on Friday.

Justice Chelameshwar spoke on a wide variety of subjects, including the controversial press conference, the functioning of the CBI, NJAC and the government’s say in the appointment of judges.

Sanjay Jha: When CJI Ranjan Gogoi was asked by the journalists whether Judge Loya’s case was the reason for that press conference, he said it was. So was that case the reason?

Justice Chelameshwar: Let us focus on what he said. When somebody (from the media) was pestering him, then he finally said: Yes! The Judge Loya case was also one of the reasons why we held that press conference.

Sanjay Jha: Are the benches in Supreme Court subject to being fixed?

Justice Chelameshwar: It all depends on your usage of the word ‘fixed’, you see irrespective of where you practice as a lawyer, high court or the Supreme Court, if a matter is listed before a bench at a point of time, normally that matter continues to be listed before that bench unless the judge has recused from that matter or for some professional purpose, the Chief Justice decided to transfer it to some other bench. Overnight, if cases are taken away from judges, then all kinds of inferences can be drawn but one plausible inference that can be suggested is that maybe the CJI did not have confidence in these judges.

But certainly, these questions need to be answered. In fact, all kinds of questions were being asked and media said we were saying that junior judges were being given important cases, but we never said senior or junior. If you remember Justice PN Bhagwati’s quote about government, he said that – “Every aspect of government must be informed with reason.”

I suppose the Supreme Court cannot be an exception to this. The administrative side of this becomes a problem as there is no reason given, on the judicial side one may agree or disagree with the tenability of an order, still there are grounds given, at least reasons are recorded.

Sanjay Jha: Your critics said that this has happened before as well…

Justice Chelameshwar: All right have fun then, don’t say anything and the CBI and the RBI will get destroyed. Men and women in power do not like criticism. But remember when President George Bush got elected in 2000, his election was contested and the Supreme Court held in favour of Bush. A book called ‘Supreme Injustice’ was written by Professor Alan M Dershowitz, who taught constitutional law at Harvard, criticising the Supreme Court judgment.

“A country whose highest court cannot be trusted in testing times is country surely paved on the path of dictatorship.”

He spoke on the CBI and the political tool it has become. He said, “The body is neither constitutional nor statutory. Everyone wants the CBI to investigate a matter, but it is not a divine organisation. There is no proper legal framework in it and all political parties are responsible for it as they have all used it as an instrument when in opposition.”

The retired judge asserted that the people need to speak up and protest against any injustice. He said, “When we choose to be silent, we have ourselves to blame. The hottest place in hell is reserved for those who ‘remain silent’.”

Sanjay Jha: Finally, on not becoming Chief Justice of India