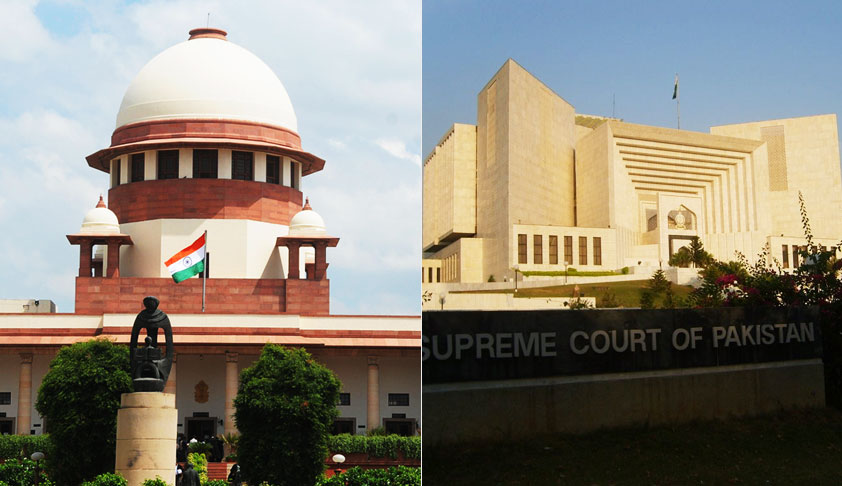 Hearing a public interest litigation seeking a ban on convicted persons from heading political parties filed by BJP leader and advocate Ashwini Upadhayay, the Supreme Court recently expressed its view that a convicted person - criminal or corrupt - cannot head a political party and sought the final view of the Centre within two weeks on the matter.

“A convicted person can’t contest election. Then how can he form a political party and select candidates? What you cannot do individually, can you do collectively through some agents? That is our question,” asked Chief Justice Dipak Misra on February 12.

If A Convict Can't Contest In Election, How Can He Head A Political Party? Asks SC

“A man cannot directly contest an election, so he constitutes a group of persons to form a political party and contest an election. An association of people… they can come together and start a school, a hospital but when it comes to the matters of governance that matters… it’s a question of electoral integrity,” said the CJI.

Additional Solicitor General Pinky Anand said the government would need some time to file a response. “You file your counter within two weeks,” the CJI told Anand and fixed the matter for final disposal on March 26.

However, after that he was re-elected as the president of the PML(N). The re-election was made possible due to the passing of the Election Act 2017, which enabled disqualified parliamentarians to hold the position of party head. The Election Act 2017 also empowered a party head to perform multifarious functions that have a direct nexus with the process of elections to the Parliament and to matters relating to the affairs of political parties having parliamentary presence. The Election Act 2017 was challenged in the Supreme Court as unconstitutional by opposition members. It was while considering the petition challenging the Act that the court disqualified Nawaz Sharif as party head.

Chief Mian Justice Saqib Nisar, who delivered the judgment, observed that Articles 62, 63 and 63-A of the Constitution create an integrated framework for ensuring that business of the Parliament is conducted by persons of probity, integrity and high moral character. These conditions are enforced by Articles 62 & 63 of the Constitution by prescribing qualifications and disqualifications for membership to the Parliament.

It was also observed that under Article 63-A of the Constitution, the position of a party head of a political party has a central role in the performance of duties by the Members of the Parliament. For rendering such a role, a party head must necessarily possess the qualifications and be free of the disqualifications contemplated in Articles 62 & 63 of the Constitution. Therefore, it was held that the Election Act 2017 was subject to the constitutional provisions in Articles 62 and 63. Hence, a person who was disqualified from being a Member of Parliament under Articles 62 and 63 was debarred from holding the position of party head.