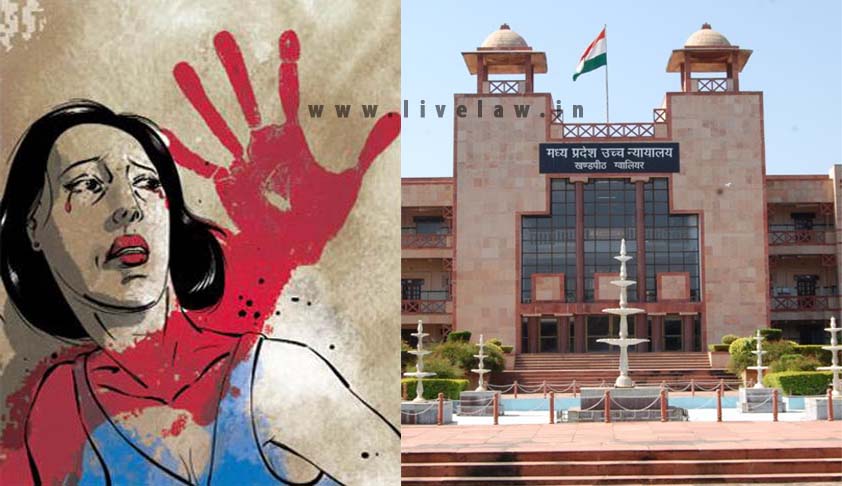 The three-judge committee has found  that there was “insufficient” material to establish the charges of sexual harassment alleged against Justice S K Gangele of the Madhya Pradesh High Court. The committee was probing allegations of sexual harassment levelled by a former Additional District and Sessions judge of Gwalior against the High Court judge. Indian Express has accessed the...

Live Law had reported about the constitution of the committeeby Vice President Hamid Ansari, to initiate impeachment proceedings against Madhya Pradesh High Court Judge S.K. Gangele, on charges of sexual harassment against him by a former Additional District and Sessions Judge.In a shocking revelation, the female Judge had alleged being sexually harassed by her administrative Judge. She subsequently claiming to protect  her “dignity, womanhood and self-esteem”.

The report dated 2nd July 2015, observed that the complainant had not come forth before the committee with a completely honest disclosure in regard to the three incidents mentioned by her. The committee reports that there are “insufficient” material to establish the charge of sexual harassment. The case of the “complainant herself in regard to the three alleged incidents (of sexual harassment) is riddled with inconsistencies and contradictions”.

However, the report has criticized  the judge for holding a public event to celebrate his 25th marriage anniversary on December 11, 2013, which was attended by many government officers.“The event on 11 December 2013 was a public event — perhaps unabashedly so, with sitting judges of the High Court, commissioners, collectors, senior police officials, judges both from the district judiciary and the High Court and officials from the registry in attendance. Whether such a public event to mark a wedding anniversary would at all fit in with the norms of propriety and dignity which a High Court judge is expected to follow is not a matter on which this committee needs to hazard an answer. Such events are best observed in a closely-knit group of family and friends. The High Court exercises power of judicial review over the acts and conduct of police officials, the district administration and the executive. A public association of a judge of the High Court at such a personal social event is liable to give rise to misgivings when the conduct of the officials is under scrutiny before the court.”

According to complainant, whose version Live law had reported an year ago, the administrative judge sent her a message through the district registrar to “perform dance on an item song” at a function in his residence. She avoided the function on the pretext of her daughter’s birthday. The very next day of sending a message to dance in his residence, the administrative judge told her that “he missed the opportunity of viewing a sexy and beautiful figure dancing on the floor and that he is desperate to see the same”. The judge got angry when she did not pay heed to his “various advances and malicious aspirations”. She was subjected to intense scrutiny by the administrative judge. He got more agitated when no fault was found, she said”

In her complaint, she had also explained the reason why she resigned, “The administrative judge, along with district judge and district judge (inspection), possibly made a false, frivolous, baseless and malicious reporting to the chief justice of MP and got me transferred on July 8, in the mid-academic session of my daughters to a remote place Sidhi by overruling the transfer policy of MP HC.”

Some lady lawyers and activists had demanded impeachment of the Judge. In conversation with Live Law, activist and lawyer Vrinda Grover pointed towards the seriousness of the issue and stated, “The allegations are of extremely serious nature where she repeatedly tried to ensure that it did not happen. She tried to approach the Chief Justice of Madhya Pradesh High Court, failing which she was compelled to resign”.