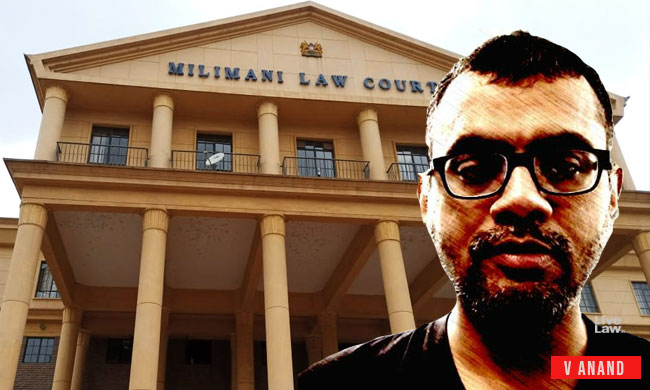 x
"Regardless of the result of the case, I will say with full conviction that the Kenyan court has a superior process to deal with conflicting evidence in constitutional cases."

Anand Venkatanarayanan is an Indian cyber security expert and a vocal critic of the Aadhaar project. He was invited by a Kenyan civil rights forum to testify in a constitutional case against Kenya's National Integrated Identity Management System (NIIMS), a national ID project similar to Aadhar.Last week, he gave testimony in the High Court of Kenya as an expert witness about the...

Anand Venkatanarayanan is an Indian cyber security expert and a vocal critic of the Aadhaar project. He was invited by a Kenyan civil rights forum to testify in a constitutional case against Kenya's National Integrated Identity Management System (NIIMS), a national ID project similar to Aadhar.

Last week, he gave testimony in the High Court of Kenya as an expert witness about the technical flaws in the Kenyan national ID system.

In a telephonic interview with Manu Sebastian, Managing Editor, Live Law, Anand higlighted the contrasts between the approaches of the Supreme Court of India to the Aadhaar challenge and the Kenyan High Court in the NIIMS case.  Anand expressed appreciation for the adversarial process adopted by the Kenyan judiciary to understand the complex technical issues of the case. According to him, the process followed by the Supreme Court of India in upholding Aadhar was disappointing.

He also talked about the necessity of having a strong legal framework before any technology impacting basic rights of citizens is developed.

Excerpts from the interview :

Can you explain the background of the case?

The project called the National Integrated Identity Management System (NIIMS), more popularly known as Huduma Namba (Swahili for "Service Number"), was rolled out by the Kenyan Government in February 2019. The system is intended to create and operate a national population register as a single source of information about citizens. It involves taking the biometrics and DNA details of the citizens, which are linked with the ID.

The challenge against the project was made by Nubian Rights Forum, a civil rights advocacy group. Nubians, an ethnic group in Kenya, were worried that the project will result in discrimination against them. They apprehended that making government benefits conditional on obtaining the biomteric ID will lead to exclusion of vast majority of people from welfare measures.

Noticing my research works on Aadhaar, which is very much similar to Huduma Namba, they invited me to be an expert witness on the technical aspects of the matter.

How similar is the Aadhar with the Kenyan NIIMS?

There are striking similarities between both the projects. Both of them involve a centralized database of biometrics of  citizens. To the central data base, a lot of functional data bases - bank accounts, mobile connections, tax details, etc - are linked. The Kenyan project is more expansive, as it contemplates collection of DNA of citizens and linking of health benefits as well.

The technical architecture of both the systems have inherent flaws, which make them highly vulnerable to errors and breaches. And most importantly, both the systems came into place without the support of a legal framework, and without any clearly defined purpose.

In the testimony, I mentioned Indian instances of persons being denied ration benefits due to technical failures to authenticate finger prints. I also mentioned that Aadhaar data was used to profile voters. 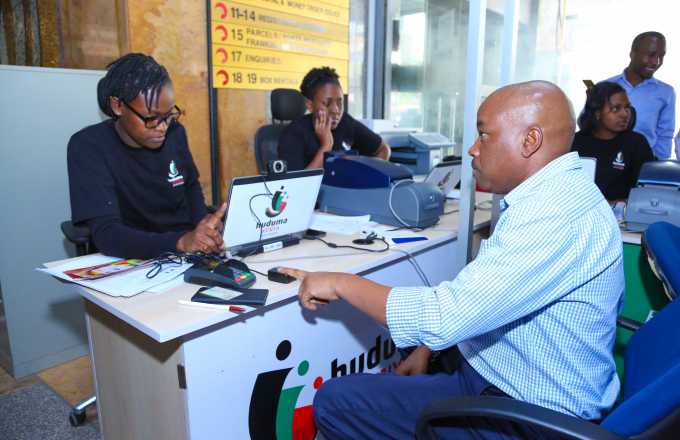 During your testimony, you  made a statement that "law should be there before technology". Could you elaborate more on this concept?

It is important to note that technology, without an effective legal backing, cannot offer solutions to human problems. A technocrat, however sincere he may be in his work, may not be able to foresee the consequences of any error in the technology that he might be developing. I will call it a 'technical blindspot'.

In the eyes of a technocrat, the error margin of 5% may not appear to be grave, and he may pass the technology as good.  But when you think of this error margin in a project like Aadhaar in a country with over a billion population, this seemingly passable error margin will impact the basic rights of about five crores persons.

So it is important to have a clear legal regime which lays down proper checks and balances and defines rights and liabilities, before the technology is developed. This is all the more necessary when technology has the potential to impact basic rights of people.

At the stage of development, it is possible to tune and modify the architecture of a system to be obey the law. Once the technology is fully put in place, it may not be possible to alter it to suit the law.

The central planks of my testimony was that "law cannot fix what technology has broken".

I will put it like this. A plumber makes a pipe which is leaking. After that, a law is made declaring that the pipe is not leaking. It does not fix anything. This is what happened with Aadhaar. The system was allowed to exist and expand without any legal backing for several years. And a law was made in 2016, to give it some sort of post facto validation.

The central planks of my testimony was that "law cannot fix what technology has broken".

How will you describe the approach of Kenyan High Court in handling this matter?

I will say that the Kenyan High Court has been approaching the matter with all seriousness it deserves. From my experience, I will tell that it is a well organized Court. The fact that it has chosen to examine experts in the field to gain understanding of the technical aspects is very impressive.

This is completely in contrast with the approach of the Indian Supreme Court, which decided the Aadhaar issue on the basis of affidavits, without examining any experts. Before the Supreme Court, the CEO of the Unique Identification Authority of India (UIDAI) gave a power point presentation explaining the project. But that was just a self serving exercise, which cannot count as evidence, as it was not made on oath. There was no cross examination either. Nevertheless, the Supreme Court completely accepted it as gospel truth.

I will say that the Supreme Court's majority wrote the Aadhaar judgment without understanding anything about the technology.

The Kenyan High Court has also been very swift in dealing with the matter and has been passing effective interim orders. Last April, the Court passed an order barring the Government from collecting DNA of the citizens for NIIMS project, and allowed the government to go ahead only with the biometrics data.

In India, the challenge to Aadhar project was made way back in 2012, and the final verdict came six years later. By the time, the project had got massively expanded, making any reversal next to impossible. 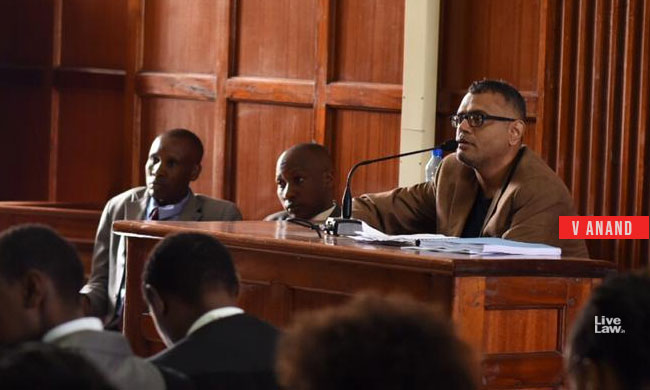 How was your experience of testifying in Kenyan Court?

I was put to severe cross-examination by the lawyers of the government. The Court too asked me questions in the end.  Though the process was very tough for me, I am aware of its importance in ensuring the credibility of the testimony in the justice process. I feel that the adversarial process has brought more clarity to the issues involved in the case.

Regardless of the result of the case, I will say with full conviction that the Kenyan court has a superior process to deal with conflicting evidence in constitutional cases.

Regardless of the result of the case, I will say with full conviction that the Kenyan court has a superior process to deal with conflicting evidence in constitutional cases.

The dissenting judgment of Justice Chandrachud was relied on by the Jamaica Supreme Court to strike down Jamaican ID project. What do you think will be the effect of the Aadhaar judgment on the Kenyan case?

The Aadhaar judgment will be quoted in all jurisdictions world over, whenever challenges to biometric-linked centralized ID systems are brought up. In the Hudma Namba case, the parties are extensively relying on the judgment. The petitioners refer to Justice Chandrachud's dissent, and the government is citing the majority judgment.

The judgment is likely to have an effect on the Kenyan High Court, as it influenced the Jamaican court in holding their biomteric project unconstitutional.