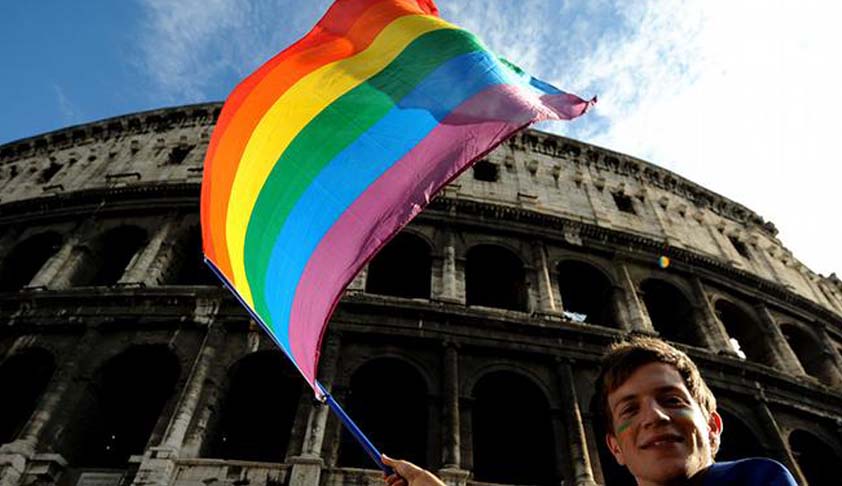 The Senate in Italy has approved a watered-down bill allowing civil unions for same-sex and heterosexual couples but only after removing a provision that would have allowed gay adoption, much to the disappointment of gay rights activists.

Gay groups earlier described the bill, which still needs to be backed by the lower house, as a betrayal.

The bill also grants some civil rights to unmarried couples, who have historically been largely ignored under current legislation.

A final vote on the full text of the draft law is seen as a formality and is expected within two months.

Italy is the only major European country to have so far given no legal rights to same-sex couples. Last month, tens of thousands of people marched in cities across the country, demanding legal recognition for same-sex couples.

Prime Minister Matteo Renzi put his government on the line for the bill, resorting to a confidence vote yesterday in the Senate to push through the amended text.

Renzi had also bowed to Catholic pressure which removes a provision in the legislation that would have granted non-biological parents in same-sex unions some parental rights – known as the “stepchild” provision. The provision was struck from the legislation this week following a parliamentary agreement between Renzi’s Democratic party and his coalition partners, the New Centre Right.

"This text once again does not take into consideration children who need definite laws and protection," Flavio Romani, president of gay rights group Arcigay, was quoted as saying by Reuters.

A requirement that couples be faithful was also dropped from the revised text.

Gay rights groups have voiced anger, on the streets and on social media, saying the bill has been diluted too much.

While diluted, the text maintains provisions including the obligation to mutual moral and material support, the right to a residence permit for foreign partners and to take a same-sex partner's name.

The amended draft does not close the door on individuals in same-sex couples making case-by-case adoption requests, with a handful having already been approved by some courts in the name of the child's best interest.

"The accord on civil unions is a historic event for Italy," Renzi wrote on Twitter Wednesday.

Interior Minister Angelino Alfano told reporters the removal of the provision for gay adoption was a "victory for common sense".

"We have given a great gift to Italy by preventing two people of the same sex from having a child, just as nature does," he said.

"We are preventing a revolution against nature."