Justice Ranjan Gogoi : A Judge Mindful Of Our Times 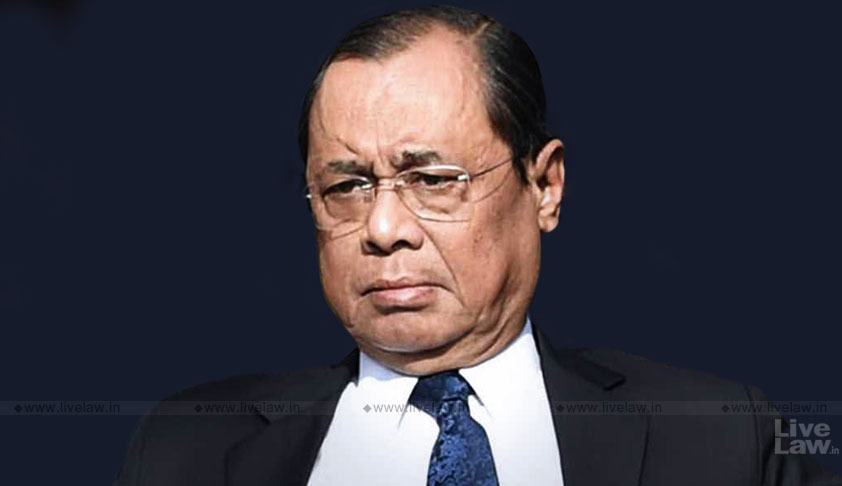 “Mr. Counsel, you addressed our hearts the entire afternoon yesterday. Kindly address our heads today”. This remark came from the then junior most Judge of a three Judges Special Bench of the Supreme Court, Justice Ranjan Gogoi during a hearing in 2013 in the Samaj Parivartana case pertaining to encroachment and other illegalities committed by miners in Karnataka. Known for his few and...

“Mr. Counsel, you addressed our hearts the entire afternoon yesterday. Kindly address our heads today”. This remark came from the then junior most Judge of a three Judges Special Bench of the Supreme Court, Justice Ranjan Gogoi during a hearing in 2013 in the Samaj Parivartana case pertaining to encroachment and other illegalities committed by miners in Karnataka. Known for his few and firm words, Justice Gogoi will take charge as the Chief Justice of the Supreme Court of India with effect from 3.10.2018.

Forty-five judges from different parts of the country have served as the CJI in the close to seven decades of the Court’s existence. Interestingly, no other Judge from the North East had ever been the CJI. In fact, a very insignificant number of judges from the North East have made it to the collegium. Set up in 1948, the Gauhati High Court, where Justice Gogoi started practising, was the only High Court for the entire north east for a very long time. He was designated as Senior Counsel in 1999 at the age of 45 and became its permanent Judge in 2001.

Justice Gogoi’s observation about “independent journalists and noisy judges” in the recent Ramnath Goenka lecture reflects a mind of a Judge mindful of our times. Despite being in line to be the next CJI, Justice Gogoi’s decision to be a part of group of Judges which held an unprecedented press conference shocked people and divided opinions quite dramatically. It is only time that will answer the question whether the decision dented the credibility or checked the declining credibility of the institution. Be that as it may, there cannot be any doubt that the decision was not triggered on the spur of the moment or by any self-interest.

A recent Times of India (ToI) article of 17.09.2018 “As CJI, Justice Gogoi has to ‘discharge debt to the nation’.” almost brushes aside the press conference as a brazen display of jumping to a conclusion and firing shots in public at the CJI.  By extracting very resourcefully a few lines from a Gauhati High Court judgment in the case of In RE: Lalit Kalita and Ors., the article argues that by holding the press conference, Justice Gogoi contradicts his own observations as the author of the judgment. Further, it gives an incorrect impression to the reader that the judgment in Lalit Kalita and Ors. imposed an absolute restraint on the criticism of judges because they are defenceless against insinuations.

The Gauhati High Court in In Re- Lalit Kalita and Ors. considered whether the publisher and an editor of an Assamese newspaper could be held guilty of contempt of court for publishing a news item. The news item carried an allegation that on account of certain extraneous considerations, a Judge of the Gauhati High Court summarily rejected a PIL against a minister in the Government of Assam.

The alleged considerations were: i) grant of a liquor license to the Judge’s son; ii) sponsoring the foreign trip of the said Judge; and (iii) allotment of land to a company in which the daughter-in-law of the said Judge was a director.

Based on the material placed before the Bench and the fact that the contemnors withdrew some of the sentences in the news item, the judgment found no substance in the first and the second allegation. However, in so far as the third allegation relating to allotment of land was concerned, the judgment notes that:

“ … in view of the circumstances surrounding the allotment of land … and the close proximity of allotment with the judgment delivered in PIL No. 16 of 2004 we had seriously debated as to whether we should suo motu re-open the proceedings in PIL No. 16 of 2004. After due consideration we have thought it appropriate to exercise our restraint in the matter and leave to be determined in an appropriate manner and at the appropriate time as and when an approach is made to this court, if at all”

The ToI article does not even mention that Justice Gogoi’s judgment found some substance in one of the allegations made against the Judge and did not find the newspaper publisher and editor guilty of contempt.

Whether it is the monitoring of the finalisation of the National Register of Citizens in Assam Public Works vs. Union of India or setting up of Fast Track Courts for trying criminal cases against MPs and MLAs in Ashwini Kumar Upadhyay vs. Union of India or paving the path for the appointment of Lokayukta and Lokpal in Common Cause vs. Union of India, Justice Gogoi appears to have a knack for meaningful intervention in critical issues facing the nation.

In Assam Public Works, a bench headed by Justice Gogoi has been monitoring the finalisation of the National Register of Citizens, a mammoth task which successive Governments at the Centre and the State of Assam had been shying away from. There cannot be any doubt that had it not been for the deadlines fixed by the Bench, the Government would have happily dragged its feet for several more years.

Justice Gogoi’s sister who taught me in College remembers him as a very bright and a hardworking student. Despite being younger to her, she recalls how he would often help her in her studies, particularly in writing essays.

Justice Gogoi completed his schooling from Don Bosco, Dibrugarh in 1969. The alumni of the school also include the Chief Minister of Assam, Sarbananda Sonawal and former Supreme Court Judge, Justice Amitava Roy.  No wonder, there has been a sudden surge of pride for many of us from the same school.

Considering the constant threat to the independence of the Judiciary from all quarters, the role of the Chief Justice of the country is not very different from that of the Captain of a ship at war. Apart from keeping the ship steady when the sea turns rough, his timely decisions help keep the entire crew, the cargo and the Nation safe from the stealthily approaching torpedoes and bombers. As it happens with the swearing in of a new CJI, our eyes will again scan the horizon, this time with a very strong hope that the ship will be steered clear of the troubled waters.

Abir Phukan practices in the Supreme Court of India.